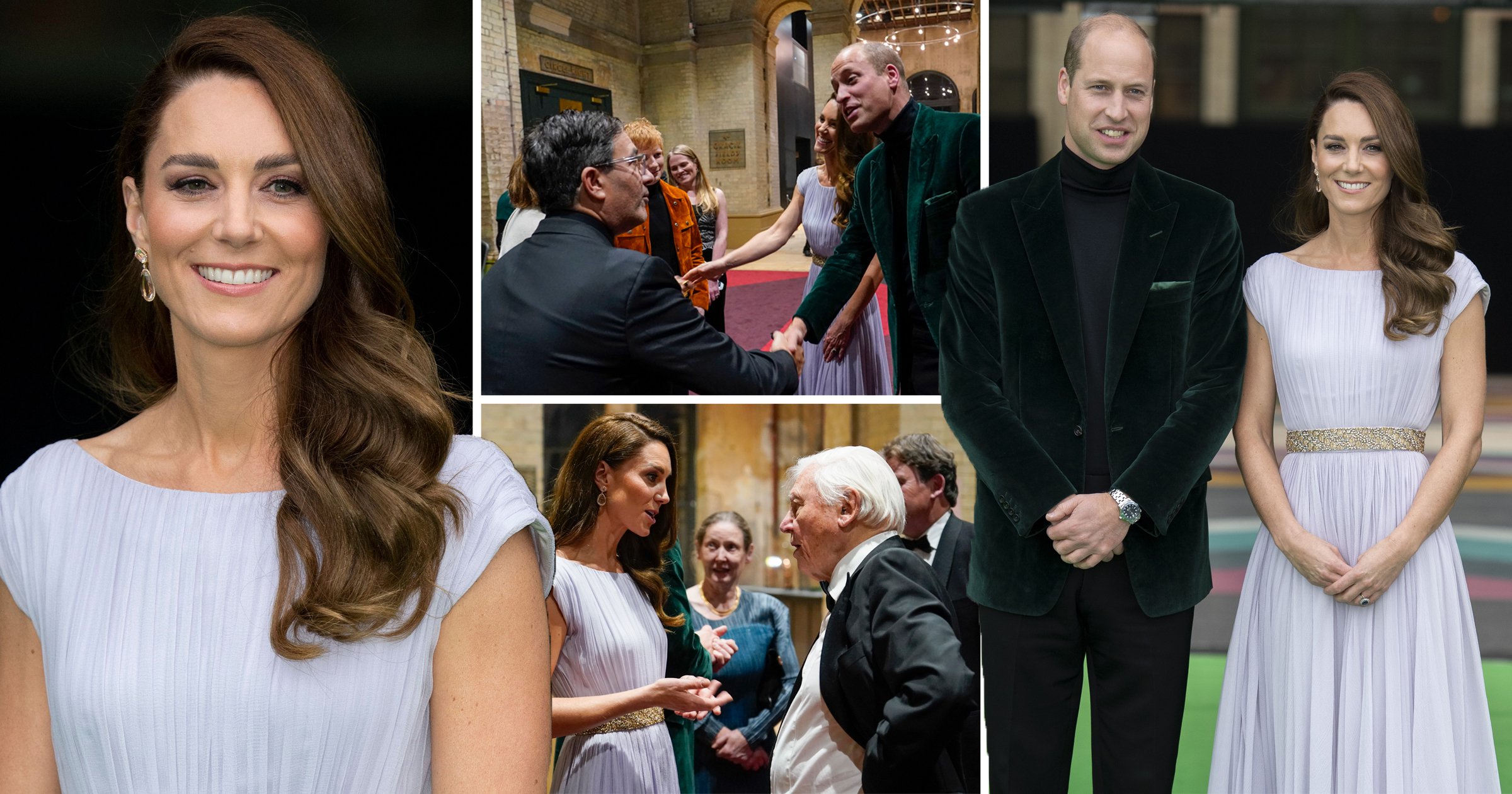 The Duchess of Cambridge told an audience to ‘act now or rob our children of the future they deserve’ as five winners were awarded £1 million each at the first-ever Earthshot Prize award ceremony.

A rallying cry to save the environment was issued to young people as the royals appeared alongside celebrities in London on Sunday evening.

The annual awards have been created by Prince William to honour green projects from across the globe.

This year’s winners include projects restoring coral reefs, redistributing unwanted food to the disadvantaged and a scheme battling air pollution.

Kate Middleton wore an Alexander McQueen dress that was created for her in 2011 after guests were asked to ‘consider the environment when choosing their outfit’ and avoid flying to the event.

The mum-of-three presented the winning award in the protect and restore nature category to the Government of Costa Rica.

It comes after ministers introduced an innovative new policy that sees citizens be paid to protect rainforests and restore local ecosystems – reversing decades of deforestation.

Speaking in front of a crowd that included actress Emma Thompson and David Attenborough, the duchess said: ‘Nature is vital to us all.

‘A thriving natural world, regulates our planet, nurtures our physical and mental health and helps feed our families.

‘But for too long, we’ve neglected our wild spaces and now we’re facing a number of tipping points.

‘If we don’t act now, we will permanently destabilise our planet and we will rob our children of the future they deserve.’

William wore a dark green velvet blazer and a polo neck to the event which co-host Dermot O’Leary jokingly described as ‘very Bond’.

The duke directly addressed the younger generation in a speech, saying: ‘For too long, we haven’t done enough to protect the planet for your future, the Earthshot is for you. In the next 10 years, we are going to act.

‘We are going to find the solutions to repair our planet. Please keep learning, keep demanding change, and don’t give up hope. We will rise to these challenges.’

He also announced that the US would be the host nation for the 2022 awards, meaning he could be travelling close to where brother Prince Harry lives with wife Meghan Markle next year.

The Harry Potter star said: ‘I’ve spent much of my working life, acting in fictional make-believe worlds where the impossible, can be made possible.

‘Now, we need to do the same thing with climate change here in the real world.’

A fourth winner was New Delhi-based Takachar which has developed pioneering technology to help end the burning of agricultural waste.

The city of Milan also scooped £1 million prize money for enforcing a city-wide food waste policy that recovers food from local supermarkets and restaurants and gives it to those in need.

The five winners appeared via video link to thank Earthshot for the prestigious prizes.

The event was launched by Coldplay who pre-recorded their performance, which was powered by 60 people pedalling bicycles.

Ed Sheeran also later took to the stage and was spotted chatting to the duke and duchess.