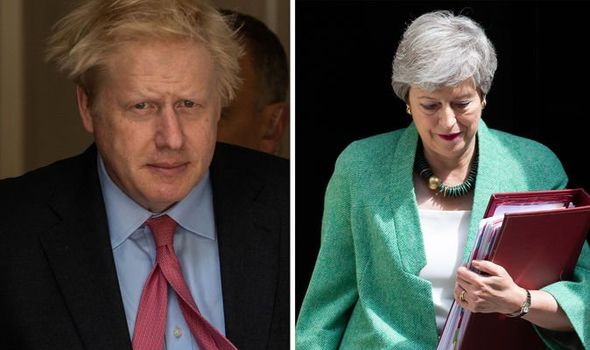 They survey found 94 percent of readers wanted the next leader to select the UK’s Washington envoy with just 5 percent saying Theresa May should name Sir Kim Darroch’s replacement before she formally leaves office in two weeks. The survey, which ran from 5pm on July 11 to 4.30pm today, asked: “Who should decide Britain’s next ambassador to the US?”. 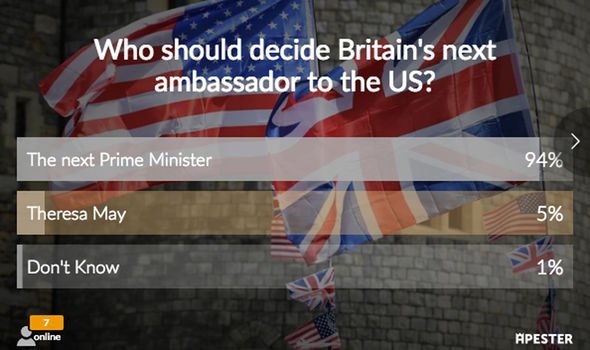 Sir Kim is leaving his Washington post early after it became “impossible” for him to carry out his duties effectively in the wake of the firestorm after diplomatic cables describing the Trump administration as “inept” and “dysfunctional” were leaked.

It sparked a wave of abuse from Donald Trump who branded the ambassador a “very stupid guy” and a “pompous fool” and said the White House would have no further dealings with him.

Sir Kim’s position came under further pressure when Tory leadership frontrunner Boris Johnson repeatedly refused to back him in a televised debate. 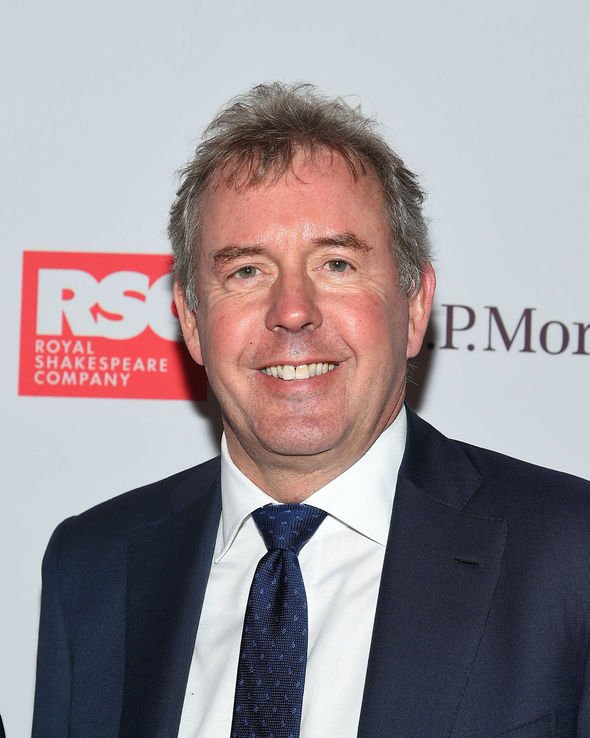 There are fears any appointment made by the next prime minister could be swayed by a desire to curry favour with the White House and it has been suggested Mrs May names Sir Kim’s replacement before she leaves Downing Street.

Number 10 refused to be drawn on whether Mrs May intends to appoint a new ambassador while allies of Mr Johnson have insisted the next prime minister must decide who Britain’s new envoy to the US should be. 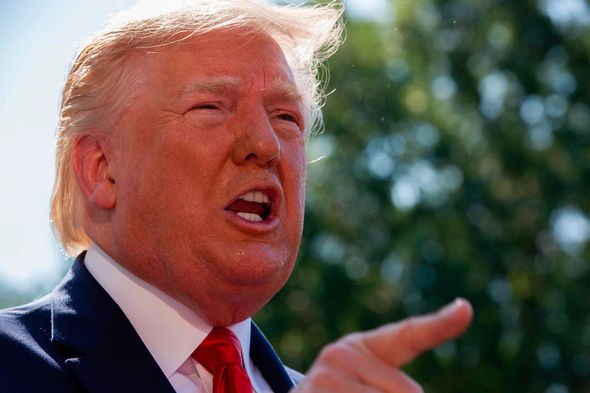 But speaking to reporters in Washington the president said he had since learned Sir Kim had also said “some very good things” about him.

He said: ”I wish the British ambassador well. Some people just told me – too bad – they said he actually said some very good things about me.

“I wish the British ambassador well but they have got to stop their leaking problems there just like they have to stop them in our country.”