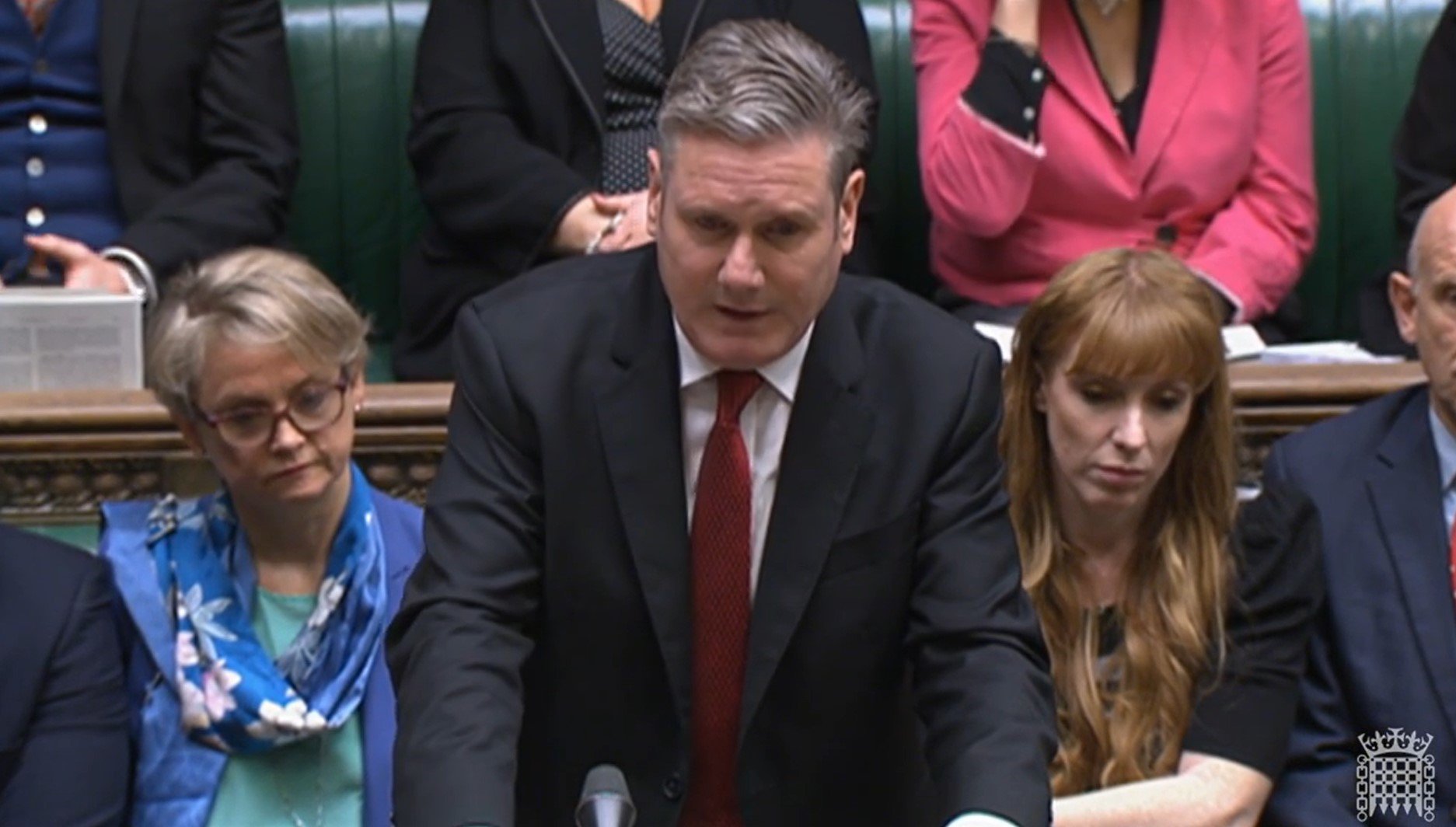 Sir Keir Starmer has announced plans to abolish the House of Lords and replace it with an elected chamber if he becomes prime minister.

The Labour leader said the move was part of a plan to ‘restore trust in politics’ and would see his party hold a consultation on the size and composition of a new chamber ahead of the next election.

Also up for review would be more immediate changes to the current and often-criticised appointment process. Final decisions are set to be confirmed in the party’s next manifesto.

Starmer said the public’s faith in the political system had been undermined by successive Tory leaders handing peerages to ‘lackeys and donors’, the Observer reported.

Speaking at a meeting of party peers last week, Starmer told his MPs he wants to transfer power from politicians to people.

‘I want to be clear that we do need to restore the trust of the public in every part of the United Kingdom in our system of government,’ Sir Keir said.

‘House of Lords reform is just one part of that … People have lost faith in the ability of politicians and politics to bring about change, that is why, as well as fixing our economy, we need to fix our politics.’

The upper chamber should be ‘truly representative’ of the UK’s nations, Starmer added, and said his proposals would ensure it would be responsible for amending and scrutinising bills – but would not replace any functions of the Commons.

It comes amid criticism of the over-inflated size of the House of Lords, along with the quality of its appointees.

Boris Johnson sparked fresh accusations of cronyism after he appointed Harry Mount, a former Bullingdon club member and author of a book on the former PM’s ‘wit and wisdom’, to oversee his peerage list.

Four serving Tory MPs, including ultra-loyalist Nadine Dorries, are rumoured to have been selected for lifetime peerages – but advised to delay accepting them to prevent triggering by-elections.

Johnson also courted controversy in 2020 when he awarded a peerage to media mogul Evgeny Lebvedev, the son of Russian Oligarch and ex-KGB agent Alexander Lebvedev.

Lebvedev’s appointment was initially put on hold following concerns from MI6, but he was eventually approved by Downing Street officials.

There are currently 784 unelected peers in the Lords, compared to the 650 MPs in the House of Commons.

Starmer had previously pledged to abolish the House of Lords as one of the 10 pledges he made during his leadership campaign, but his commitment to the motion was cast into doubt after he scrapped large swathes of his election promises after becoming leader.

However, it is understood he now sees reform of the Lords as a necessary tool to demonstrate a difference between a Labour government and the Conservatives.

Plans for the reforms are said to be masterminded by former Labour PM Gordon Brown, who declined a peerage after stepping down from frontbench politics in 2010.