A Labour frontbencher has been sacked after flouting Sir Keir Starmer’s ban on joining the picket line in support of striking rail workers.

The party announced on Wednesday afternoon that shadow transport minister Sam Tarry ‘has been removed from the frontbench’ after he stood alongside workers at London’s Euston station.

Speaking earlier, Mr Tarry told Sky News he is ‘not defying anybody’, but is supporting ‘40,000 low-paid transport workers’.

He later tweeted a photo that said he was ‘on the side of the members not the establishment’.

A Labour Party spokesperson said: ‘The Labour Party will always stand up for working people fighting for better pay, terms and conditions at work.

‘This isn’t about appearing on a picket line. Members of the frontbench sign up to collective responsibility. That includes media appearances being approved and speaking to agreed frontbench positions.

‘As a government-in-waiting, any breach of collective responsibility is taken extremely seriously and for these reasons Sam Tarry has been removed from the frontbench.’ 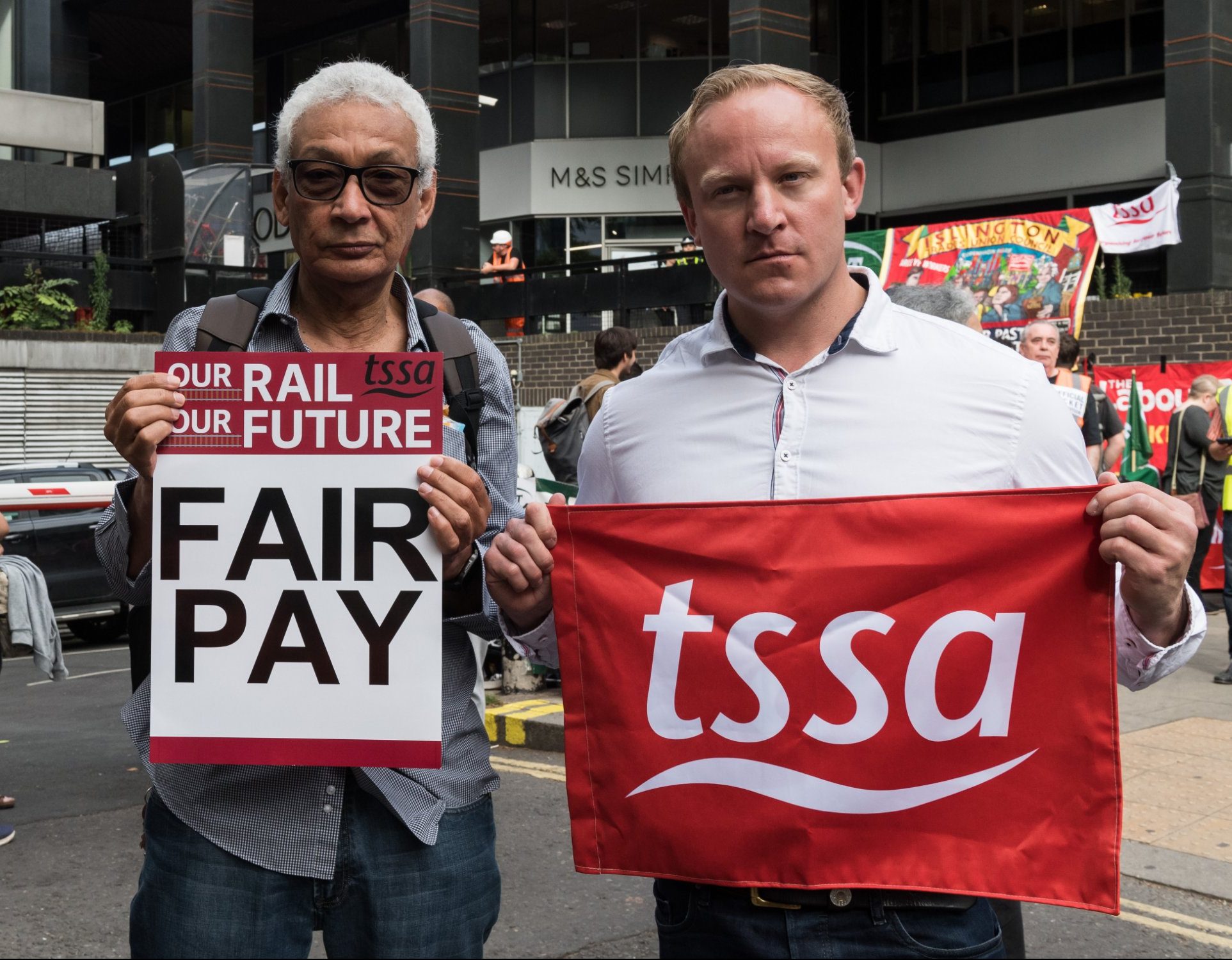 In a statement, Mr Tarry said he is ‘proud’ to stand with striking rail workers.

It stated: ‘These key workers kept our train services running throughout the pandemic, and were among Britain’s Covid heroes alongside the NHS and other public services.

‘Those same workers have been forced to take action because they’re faced with a cost-of-living crisis and rampant inflation caused by the Government’s mismanagement of our economy, leaving millions struggling to pay their bills and provide for their families, made worse by the fact that callous and incompetent ministers refuse to even negotiate with their trade unions.

‘This dispute would not be taking place under a Labour government, which would ensure that rail workers receive a fair wage.

‘It has been a privilege to serve on Labour’s frontbench for the past two years and to have had the opportunity to speak up for hard-pressed workers who deserve so much better than the treatment they’ve received from this corrupt and out-of-touch Government.

‘I remain committed to supporting the striking rail workers, and campaigning for a Labour victory at the next general election, which I will fight for relentlessly from the backbenches.’

Shadow ministers who attended picket lines during the last strike in June received a warning but avoided the sack.

One of them was Kate Osborne, a parliamentary aide to shadow Northern Ireland secretary Peter Kyle, who defied party policy on Wednesday.

The Jarrow MP tweeted a photo of herself with members of the Transport Salaried Staffs’ Association.

Ruth Jones, a shadow environment minister, also took to Twitter to express her solidarity with the picketers.

It came a day after Sir Keir said he would again tell his frontbench MPs not to join striking workers in the latest action.

The Conservatives have sought to use the row to claim Labour is on the side of the striking workers, who have caused chaos for millions of commuters, and the Opposition leader will be reluctant to give the Government any more ammunition for that attack.

He said: ‘What I’m seeing across the city is people absolutely struggling in the public and private sector.

‘Wages aren’t keeping up with inflation and it is really, really worrying.

‘It’s massively important for me to be here. I’ve been a trade unionist all my life and I will always back workers.’

Jeremy Corbyn, the former party leader and now independent MP, said outside Euston station: ‘There are three Labour MPs here on this picket line, and no doubt there are all over the country.

‘I think Members of Parliament represent their constituencies and hear day to day what their constituents want, and they’re doing the right thing by being there with the workers in dispute.’