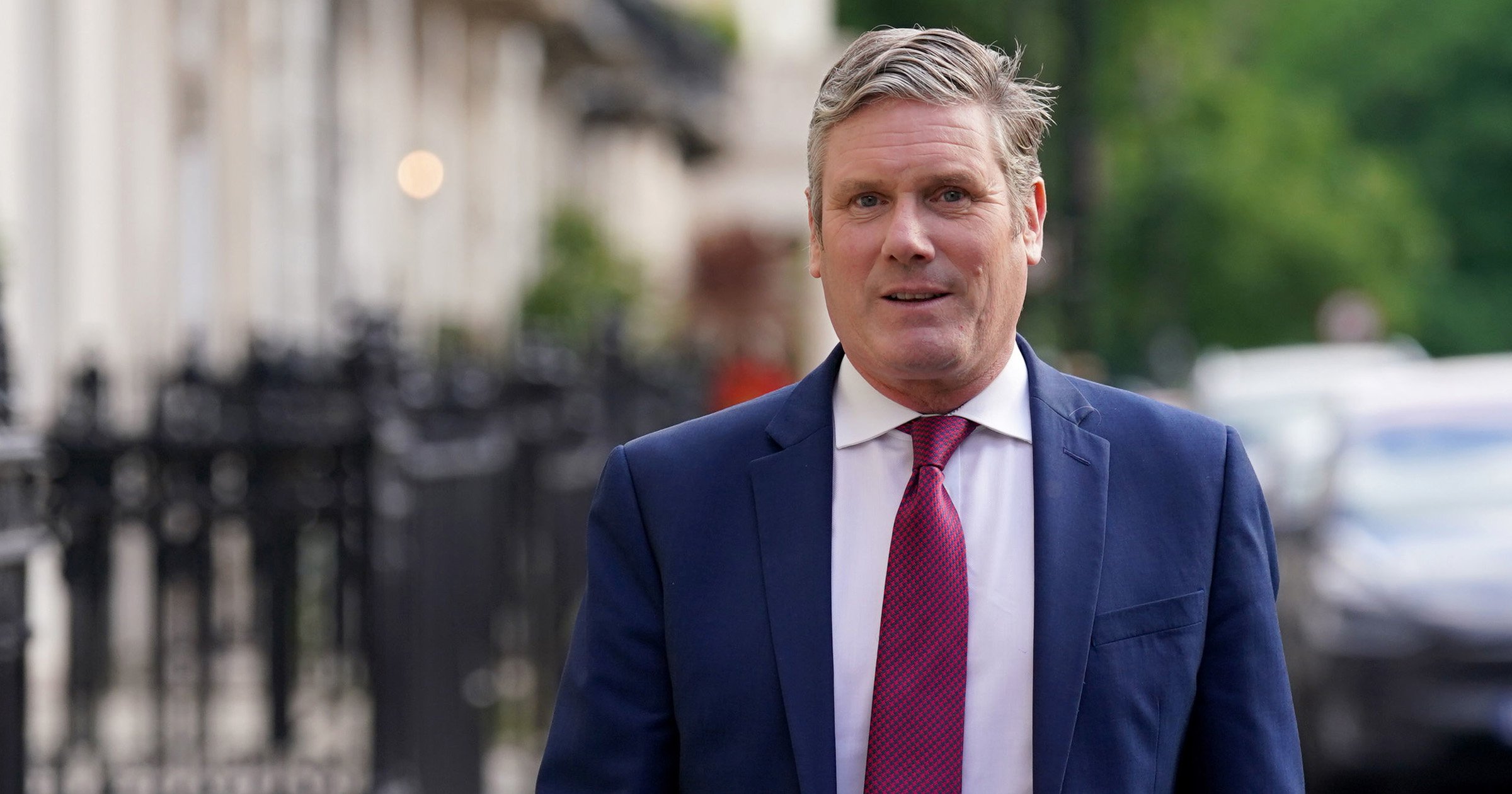 Sir Keir Starmer has threatened to use a Commons confidence motion to oust Boris Johnson immediately.

It comes as the prime minister appoints a new Cabinet in order to cling on as Tory leader in a caretaker role until a new one is appointed by October.

He is reluctantly quitting after a steady trickle of resignations in his government became a torrent, reaching more than 50.

In a scathing statement, the Labour leader argued the Conservatives ‘can’t now inflict him on the country for the next few months’ when ‘they have concluded that he’s unfit to be prime minister’.

‘It’s obvious he’s unfit to be Prime Minister. That’s been blindingly obvious for a very, very long time’, he said.

‘If they don’t get rid of him then Labour will step up, in the national interest, and bring a vote of no confidence because we can’t go on with this Prime Minister clinging on for months and months to come.’

Reacting to the bombshell news this morning, Mr Starmer blasted the ‘lies, scandal and fraud on an industrial scale’ seen during Mr Johnson’s time in office.

He said the resignation ‘should have happened long ago’ as Mr Johnson ‘was always unfit for office’ and those who held him up ‘should be utterly ashamed’.

But Mr Starmer warned ‘we don’t need to change the Tory at the top – we need a proper change of government’.

‘The Tory Party have inflicted chaos upon the country during the worst cost of living crisis in decades and they cannot now pretend they are the ones to sort it out’, he wrote.

‘They have been in power for 12 years. The damage they have done is profound.

Mr Johnson is expected to read out a resignation speech in front of 10 Downing Street within the next few hours.

He will remain as PM until a successor is in place, expected to be by the time of the Conservative Party conference in October.

The road to his departure was sparked by two members of his top team – Sajid Javid and Rishi Sunak – turning on him on Tuesday evening.

Within 24 hours, formerly loyal ministers like Priti Patel and Grant Shapps were reportedly urging him to call it a day.

Chancellor Nadhim Zahawi – who was just a day into his new role – told him to leave ‘with dignity’ in a blistering letter.