A man has been arrested after lorry drivers stranded by the French travel ban clashed with police in Kent. More than 5,000 HGVs are being held in the county, with drivers being tested for Covid-19 before they are allowed into France. There were reports of disturbances at Dover and at the lorry holding facility in Manston involving those waiting to cross the Channel on Wednesday morning, Kent Police said. 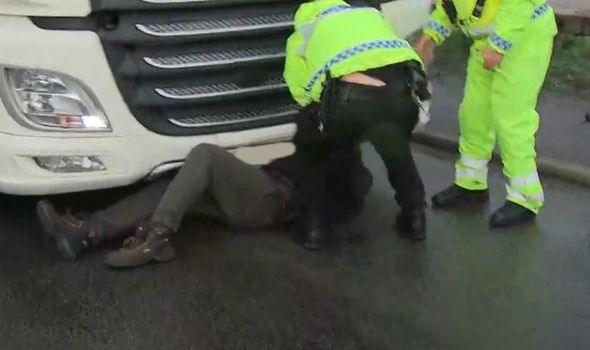 Footage showed a handful of officers attempting to push back a crowd of protesting drivers in Dover.

One man could be seen on the floor obstructing a lorry in an attempt to keep his space in the queue for a coronavirus test to leave the country.

Another man has been arrested for obstructing a highway in Dover and remains in custody, Kent Police said.

Communities Secretary Robert Jenrick warned it may take a “few days” to clear the backlog of lorries waiting to cross into France, despite the travel restrictions being eased.