Meghan has chosen to become politically active once more, after spending almost two years being politically neutral as a senior royal. In 2016, she called then Republican candidate and current President Donald Trump “divisive” and “misogynistic”. Now that she no longer represents the constitutional monarchy in Britain, she has shared platforms with former First Lady Michelle Obama and encouraged women to vote.

She said to not vote was to be “complicit”, while adding that “we all know what’s at stake this year”.

She claimed that the public should be “energised to see the change that we all need”, which was perceived as a partisan swipe at the incumbent President Mr Trump.

Meghan also had a face-to-face discussion with political activist Gloria Steinem in California, where she admitted to being “really concerned about voter suppression” — fears are rising in the US that there will be intimidation tactics may be used at polling stations in November. 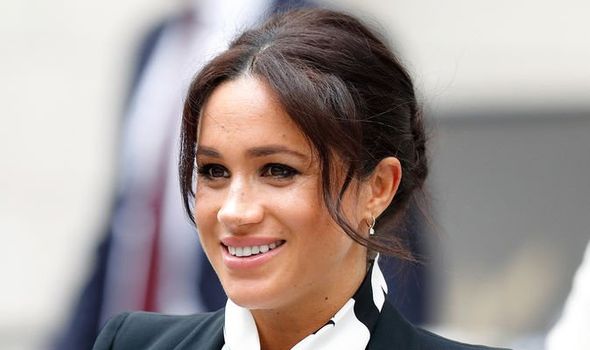 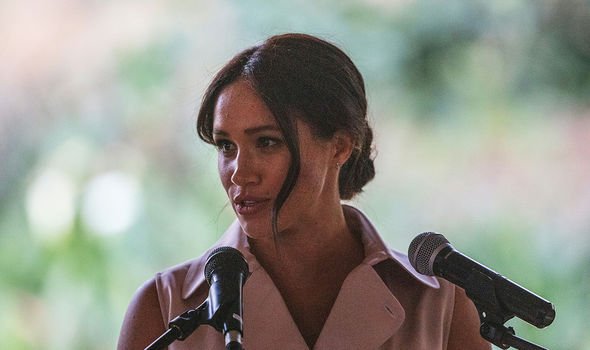 The Sussexes’ historic deal with Netflix, which will enable the royal couple to create documentaries about causes close to their hearts, shows Meghan and Harry have no intention of stepping back from the limelight any time soon.

Now they have purchased a house together in California, Meghan’s home state, and laid down permanent roots in the US, royal fans have questioned whether the next step may be for the Duchess to try to get into the White House.

Commentator Celia Walden remarked: “If it were ever in doubt that this could be the possible end game, a new clause appended to the trademark registration of the couple’s sustainable travel project, Travalyst, should help dispel that.

“In documents released by the Intellectual Property Office in London this week, ‘lobbying with respect to laws regarding sustainable travel’, has been added to that 2019 registration.” 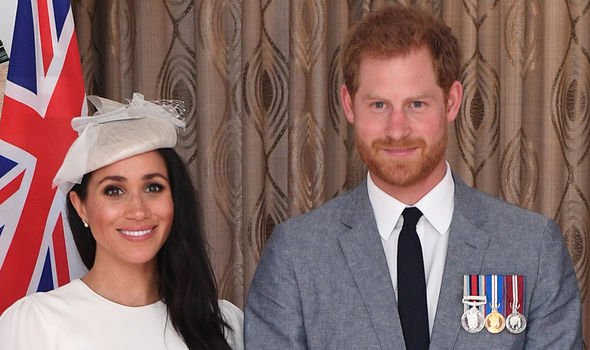 Writing in The Telegraph, the commentator added: “And with influencing governments now openly on the agenda and Meghan having become increasingly politically active in the US in recent weeks – urging Americans to vote on November 3 – a 2024 bid seems inevitable.”

The odds on Meghan running for president have been slashed to 100 to 1 in recent weeks.

However, the Duchess cannot run for office while she still has a title.

The US Constitution has a provision called the Foreign Emoluments Clause, also known as the Titles of Nobility clause. 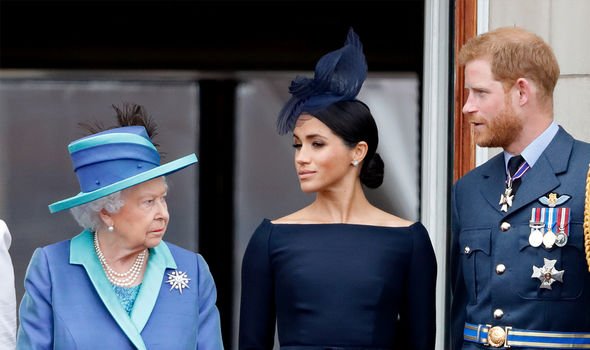 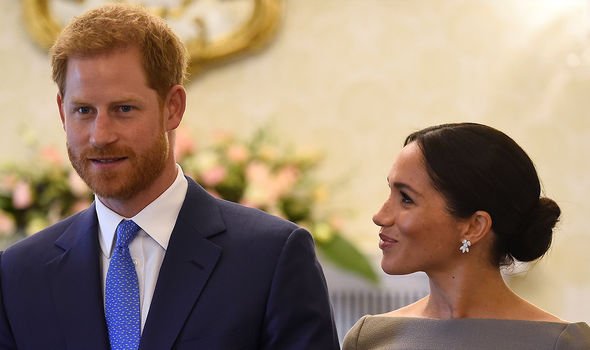 It reads: “No Title of Nobility shall be granted by the United States: And no person holding any Office of Profit or Trust under them, shall, without the Consent of the Congress, accept of any present, Emolument, office, or Title, of any kind whatever, from any King, Prince or foreign State.”

While the couple have stopped using their HRH statuses abroad, they have not been completely stripped of them — and Harry is still sixth-in-line to the throne, while their son Archie is seventh.

Meghan has not specifically said she hopes to one day be President of the US.

However, royal author Lady Colin Campbell claimed in July: “I know the Duchess of Sussex has political ambitions and I’ve been told that one day she wants to run for President.

“I think everything she is doing, leaving the Royal Family and moving back to California, is part of her plan and she has taken Harry along with her.”

Harry has chosen not to participate in any of Meghan’s political speeches, reportedly out of respect for the Royal Family’s neutrality.

However, in a leaked phone call with the two YouTube pranksters, Harry — who thought he was speaking to environmentalist Greta Thunberg — admitted that he thought Mr Trump “had blood on his hands”.