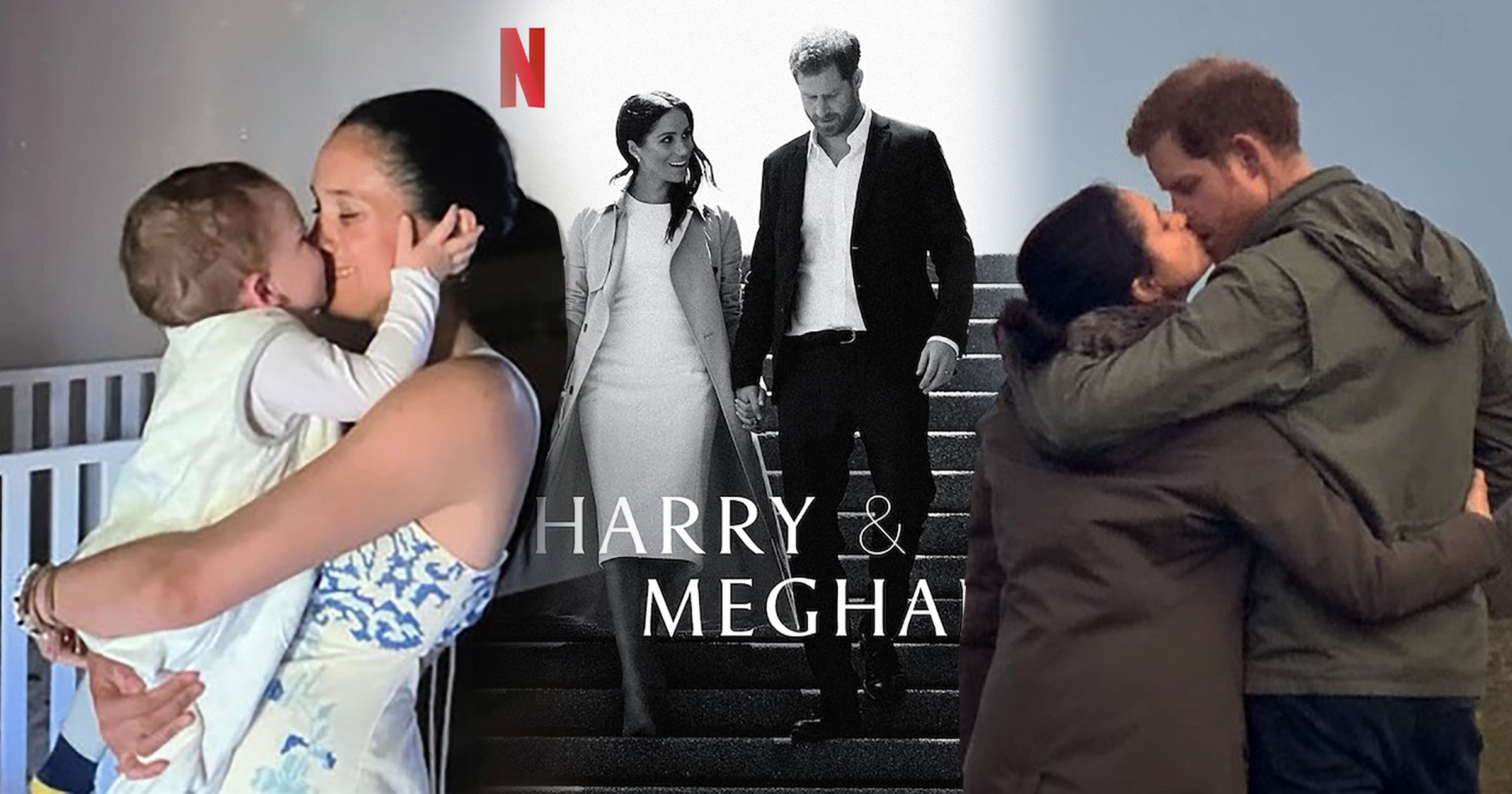 The first episodes of Harry and Meghan’s Netflix series have been released, and there are so many bombshell revelations it is hard to keep up with them all.

It is the first instalment of the £88m six-part series, with three episodes released today, and the final three due to go out next week.

The highly anticipated series is set to send shockwaves through the Royal Family – who have already sparked a row after claiming they weren’t contacted for comment on any of the shows.

In the first three episodes, which dropped at 8am on Thursday, Meghan told of finding the formality of royal life ‘surprising’, while Harry said his family’s view of his wife were ‘clouded’ by her being an American actress.

Here is a synopsis of each episode:

Episode 1 – As Harry shares the impact of a childhood in the public eye, he and Meghan reflect on the secret, early days of their unexpected romance. He

speaks about how they first met and what they did on their first date together in London.

Episode 3 – The couple’s 2017 engagement sparks both cynicism and hope. As Meghan grapples with royal protocols, tabloid headlines begin to involve her family.

Here are the key points and revelations from the new series.

– Harry said a friend told the couple they should document a period of their lives, which they agreed to due to the ‘misinformation’ about them.

– Harry said he first spotted Meghan on a friend’s Instagram.

– Harry and Meghan said they had their first date at 76 Dean Street – and the Duke was late.

– Meghan’s friend Silver Tree said the Duchess was ‘crazy’ about Harry after meeting him.

– Harry said there is a temptation in the royal family to marry someone who ‘fits the mould’.

– The Duke recalled his childhood was ‘filled with’ laughter, happiness, and adventure, and that he remembers his mother’s ‘cheeky laugh’.

– Harry said: ‘The majority of my memories are of being swarmed by paparazzi.’

– The Duke praised his mother, Diana, for her efforts to ‘protect’ him and his brother from the media.

– Harry said his mother was ‘compelled’ to talk about her life.

– The Duke said members of the royal family asked why Meghan should be ‘protected’ or given ‘special treatment’ when they questioned newspaper headlines about her.

– Meghan’s mother Doria Ragland told of paparazzi taking pictures of deprived neighbourhoods in Los Angeles and saying that was where she was from.

– The Duke said articles in the press had ‘racist undertones’ as well as ‘outright racism’.

– Harry went on to talk about his children, saying he is ‘really proud’ they are mixed race.

– The Duke said he and the Duchess of Sussex were keen ‘not to make the same mistakes our parents did’ while bringing up their children.

– Meghan found the ‘formality’ of being in the royal family ‘surprising’, saying she realised people in the UK found hugging ‘really jarring’.

– The Duke of Sussex described how Meghan meeting the Queen for the first time was a ‘shock to the system’, saying it was ‘weird’ telling her to curtsy to his grandmother.

– Harry said his wife being an American actress ‘clouded’ his family’s view of her.

– The Duchess of Sussex said the media would find a way to ‘destroy’ her ‘no matter how good’ she was.

– Harry believes there is a ‘huge level of unconscious bias’ in the royal family.

– Meghan claimed stories were ‘planted’ in the lead up to their wedding, with the couple ‘playing whack-a-mole’ with the press.

– Meghan described the time around their engagement as an ‘orchestrated reality show’, adding their interview after the announcement was ‘rehearsed’.

– Harry said he ‘shoulders’ the responsibility for the breakdown of Meghan’s relationship with her father.

– Harry said his time in the Army helped ‘burst’ the bubble of life in the royal family.

– Meghan claimed her elder half-sister Samantha Markle exaggerated the extent of their relationship.

– Meghan revealed her son Archie’s favourite song is Bennie And The Jets by Sir Elton John.

– Meghan discovered her father was going to attend her wedding ‘through a tabloid’.

The final three episodes are due to air next Thursday.