A terrorist who stabbed three people to death in a park in Reading – because he believed the pandemic heralded the end of the world – has been handed a rare whole life sentence.

Saadallah “executed” each man with a single knife blow to the back of the head in the space of less than 30 seconds, the Old Bailey heard.

The 26-year-old also pleaded guilty to the attempted murder of Stephen Young, Patrick Edwards and Nishit Nisudan, who were injured in the attack. 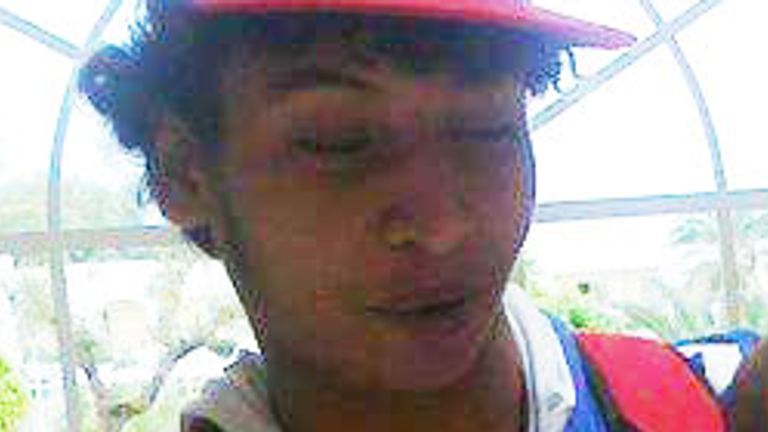 Speaking on behalf of James Furlong’s family, Gary Furlong said “serious questions need to be answered” about how Saadallah was in a position to perform these attacks.

The brother of David Wails added: “We know that our lives, and the lives of everyone who knew and loved David, will never be the same. We love you David – may you, James and Joe now rest in peace.”

Joseph Ritchie-Bennett’s brother-in-law said: “Unfortunately, no amount of justice will ever bring back Joe, James and David the lives they deserved. And never will it allow family members, loved ones, friends, and those who witnessed the attacks to forget 20 June 2020.”

After his arrest, he told police: “Those men I killed were wrong ‘uns, they deserved it. I’m going to paradise for the jihad what I did to them.”

Police later found images of the Twin Towers and the IS flag cached from websites he had visited on his phone, along with links to YouTube videos about the IS executioner Jihadi John.

However, Saadallah later attempted to fake mental illness and in court he denied that he had acted from a religious motive. His lawyer denied he was a terrorist, without suggesting what his motive may have been.

In his sentencing remarks, Mr Justice Sweeney said he was sure that Saadallah had been trained to fight for the extremist group Ansar al Sharia in Libya – and had lied about his role in the group when he applied for asylum in the UK.

The judge said the knife Saadallah bought for the attack “was chosen with care to ensure the maximum likelihood of swift fatal injury each time it was used”.

Mr Justice Sweeney also concluded that Saadallah intended to kill as many people as possible, and had planned to injure himself with a plastic razor “in the hope that he could pass himself off as a victim”.

Saadallah, who showed no emotion as he was sentenced, was told this was “a rare and exceptional case in which just punishment requires that you must be kept in prison for the rest of your life”. 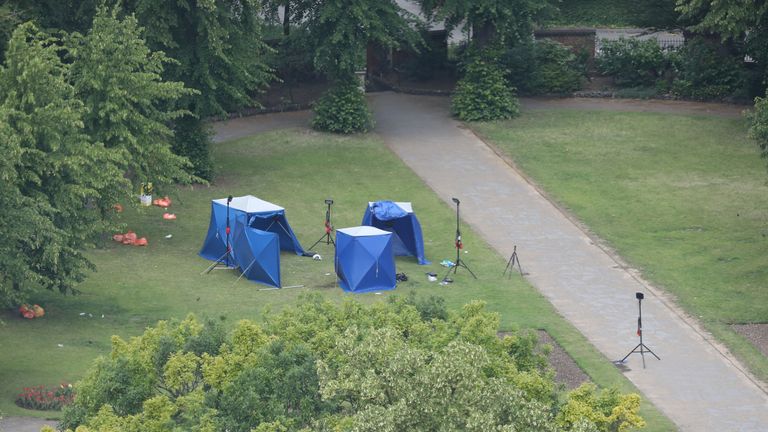 During one prison sentence, he had come under the influence of a notorious radical preacher called Omar Brooks, also known as Abu Izzadeen.

Saadallah came to the notice of MI5, which was told he was planning to travel to Syria, leading to his subsequent referral to the Prevent de-radicalisation programme.

Just 10 days after leaving prison in June last year, Saadallah searched online for “Is corona a sign of the end of the world?” and looked at images of people sitting around Forbury Gardens, where he would later launch his attack.

He appeared to have a psychotic episode on 18 June, speaking to mental health services about things under his bed and his belief that he was possessed.

The following day, he bought a large kitchen knife from a supermarket to be used in the attack. Saadallah’s brother later called police to say he was concerned, but officers who visited his address that evening found he was behaving normally.

The next day, Saadallah launched his “brutal attack” as the victims enjoyed a “summer’s evening in the park”, prosecutor Alison Morgan QC said.

“In less than a minute, shouting the words ‘Allahu Akbar’ [God is the greatest] the defendant carried out a lethal attack with a knife, killing all three men before they had a chance to respond and try to defend themselves,” she said.

Within the same minute, the killer went on to attack others nearby and stabbed three more people – Stephen Young, Patrick Edwards and Nishit Nisudan – causing them significant injuries.

Ms Morgan said Saadallah was “ruthlessly efficient in his actions”, adding: “The force with which the defendant struck his first victims is clear.

“In short, he executed Joseph Ritchie-Bennett, David Wails and James Furlong with such speed and precision before they had time to be aware of what was happening.

“The defendant believed that in carrying out this attack he was acting in pursuit of his extremist ideology… he believed that in killing as many people as possible that day he was performing an act of religious jihad.”

After the attack, Saadallah ran off and he was pursued by an off-duty police officer. As he was detained, a Muslim member of the public told Saadallah: “You have nothing to do with Islam, b******.”