The as yet unnamed officer was killed at 2.15am on Friday by a 23-year-old man who had already been arrested.

More than 1,600 officers have died while performing vital tasks such as foiling terrorists, quelling rioters and marshalling protests since 1680, according to a National Police Memorial roll.

Here, Sky News remembers some of the officers who lost their lives while on the job. PC Andrew Harper was killed when he was dragged for a mile behind a car after he tried to stop a group of men towing away a stolen quad bike in west Berkshire in 2019.

The 28-year-old Thames Valley Police officer died in “truly shocking circumstances” after his ankles were caught in a rope hanging from the back of the car.

As the car sped away, PC Harper was knocked off his feet and “swung from side to side”.

The driver, Henry Long, 19, and his passengers Albert Bowers and Jessie Cole, both 18, were convicted of killing PC Harper at the Old Bailey in July.

All three were convicted of manslaughter after denying they knew the police officer had become entangled.

Ringleader, Long, was sentenced to 16 years in prison for manslaughter. Jessie Cole and Albert Bowers were sentenced to 13 years. 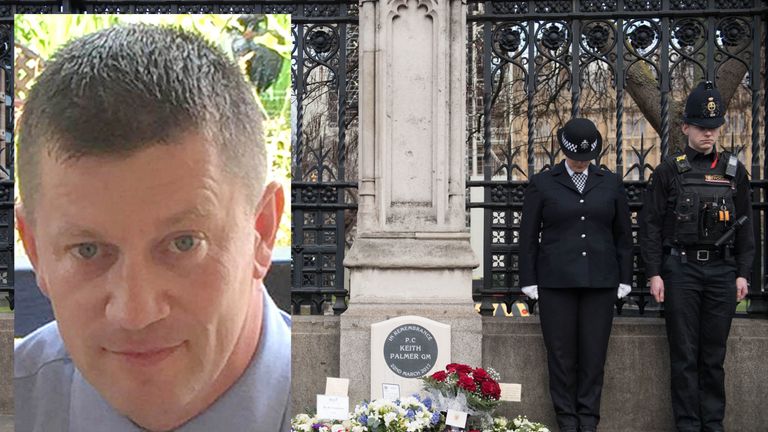 PC Keith Palmer was killed after stopping a knife-wielding terrorist from entering the Palace of Westminster during the 2017 Westminster attack.

He died from wounds he received in the attack and was posthumously awarded the George Medal – the second highest award for gallantry “not in the face of the enemy”.

The 48-year-old had worked for the Metropolitan Police for 16 years. PC David Phillips was knocked down and killed by a stolen pick-up truck in Wallasey, Merseyside, in October 2015.

The 34-year-old was standing on the central reservation after placing a “stop stick” in the road when he was hit. The popular officer, a married dad-of-two, had served with Merseyside Police on Wirral for almost a decade. The 36-year-old was on board the Police Scotland helicopter which crashed into a Glasgow pub in November 2013.

She was one of three people in the helicopter who died, along with PC Tony Collins and civilian pilot David Trail.

Six people inside the Clutha Vaults bar were also killed.

Speaking at her funeral, Archbishop Tartaglia said: “We offer our deepest sympathies to Kirsty’s husband, Mark, to her mum and dad, to her two brothers, and to all her relatives and friends.” PC Tony Collins, 43, was also on board the Police Scotland helicopter. He was a member of the Operational Support Division.

Like his colleague PC Nelis, the married dad-of-three received commendations for bravery, one of which was made after he dived into a canal to save a drowning woman. The married father-of-two, 47, was with the Metropolitan Police. In September 2013, he motioned to the driver of a speeding car to pull over. The vehicle hit him, and drove off.

The driver, Gary Cody, 25, was doing a maximum of between 80-88mph before he hit the officer. He was jailed for eight-and-a-half years following a trial in 2014.

In an impact statement PC Duncan’s wife Claire said: “We are devastated – I have lost my husband and our children have lost their father.” 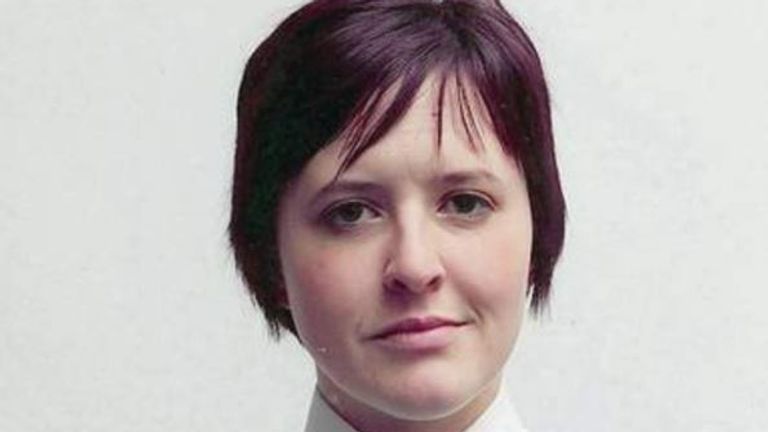 PC Philippa Reynolds had served in the Police Service of Northern Ireland for two years.

In February 2013, the 27-year-old and two colleagues were on patrol in an unmarked police car. Their car was hit by a stolen car that went through a red light.

PC Reynolds was the back seat passenger when the vehicle was struck by a stolen 4×4 vehicle that had been travelling up to 80mph.

CCTV camera evidence showed the driver, Shane Frane, driving the car through red traffic lights and hitting an unmarked police car. The two officers in the front car were injured. The 32-year-old died while responding to an emergency call near Ripon, North Yorkshire, in January 2013.

He died instantly when he lost control of his van on a country road and struck a tree. The father-of-two was unaware colleagues were already at the scene. 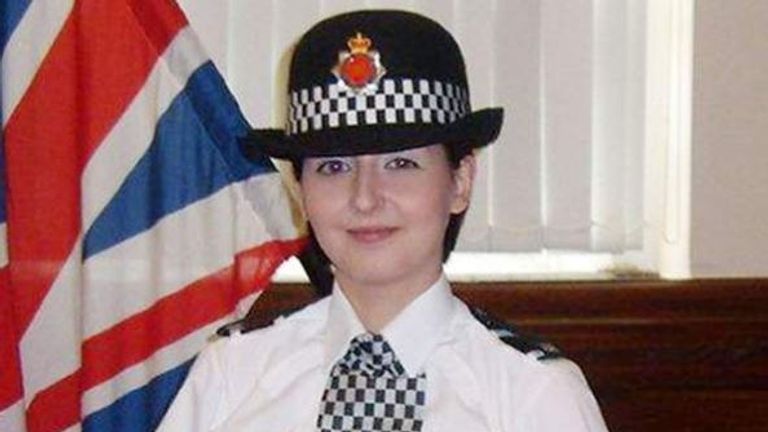 PC Nicola Hughes was one of two police officers shot dead on 18 September 2012. She was 23 years old with three years’ service and was described as “a great bobby” who was “very bubbly” and “always smiling”.

She was killed by Dale Cregan in a gun and grenade ambush while responding to a report of a burglary in Greater Manchester. Her colleague Fiona Bone also died.

The incident was the first in Britain in which two female officers were killed on duty. 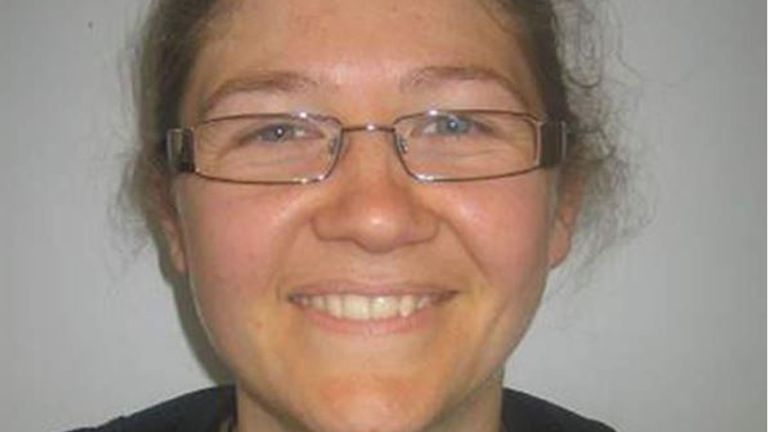 The 32-year-old was killed in the same shooting. She had served as a police officer for five years and was described by colleagues as an “excellent bobby” who cared about her job and the community she served. 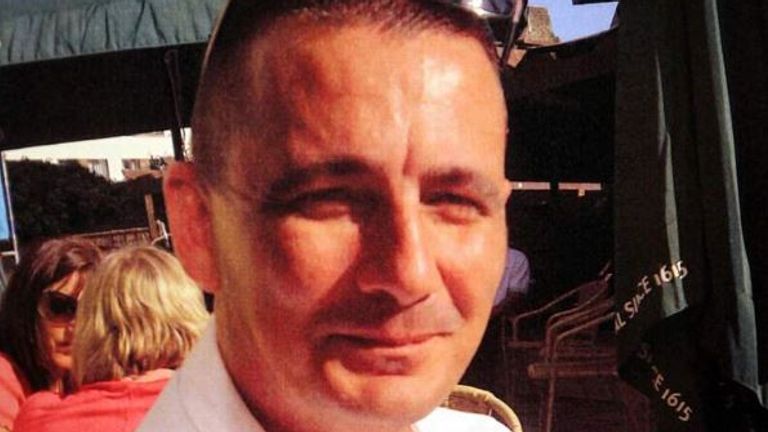 Father-of-two PC Ian Dibell, 41, was off work with a hand injury when he was killed near his home in Clacton-on-Sea, Essex in July, 2012.

He had gone to help a member of the public who had been injured in a gun attack by his neighbour, Peter Reeve, and was shot.

It was later revealed that PC Dibell had ran back into his house to get his warrant card before confronting the attacker, meaning he was on duty at the time of his death. His actions touched many hearts and his courage and bravery will never be forgotten. 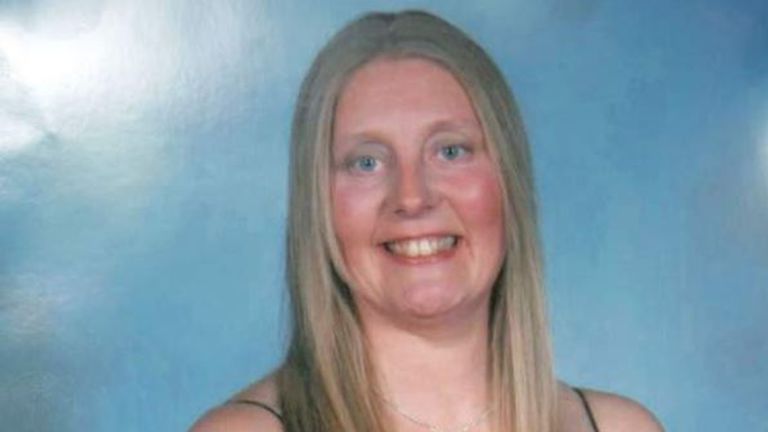 The 38-year-old was shot dead by a criminal gang during a robbery in Bradford on 18 November 2005. She became the seventh female officer in Britain to be killed on duty. Her colleague, PC Teresa Millburn, was seriously injured in the same incident.

Muzzaker Imtiaz Shah and Yusuf Abdillh Jamma were sentenced to life for her murder.

PC Beshenivsky had served only nine months in the force at the time of her death. 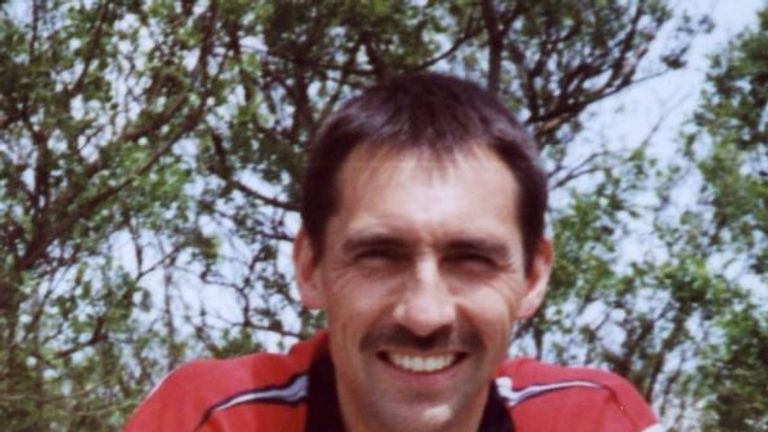 Detective Constable Stephen Oake died during a police raid on a flat in Crumpsall, Manchester, in January 2003.

Kamel Bourgass launched a frenzied knife attack on the Special Branch officer as he tried to escape. Bourgass was sentenced to life imprisonment with a minimum of 22 years plus an additional 15 years for the attempted murder charges. 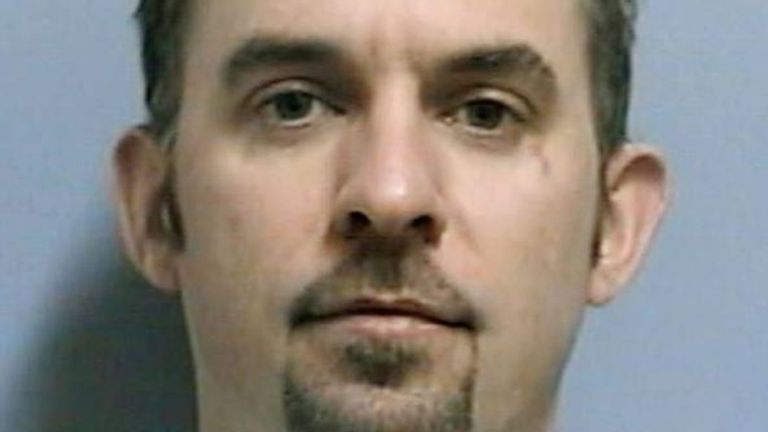 The American bodybuilder, who was wanted by the FBI for ordering two killings in Florida, was jailed for life. It was the first fatal shooting of an English police officer for over eight years. The 40-year-old father-of-three, was hacked to death during the Broadwater Farm riots in 1985.

He was surrounded by a mob of around 50 people and received over 40 injuries inflicted by machetes or similar, and was found with a six-inch-long knife in his neck.

Winston Silcott, along with two other men, was found guilty of his murder but in 1991 their convictions were overturned on appeal. 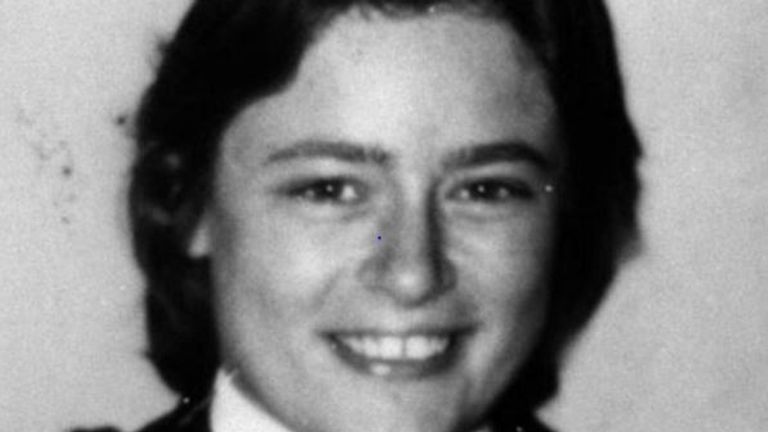 The 25-year-old was shot outside the Libyan Embassy in London on 17 April 1984 while controlling a crowd of demonstrators. She later died. Her killer has never been brought to justice.