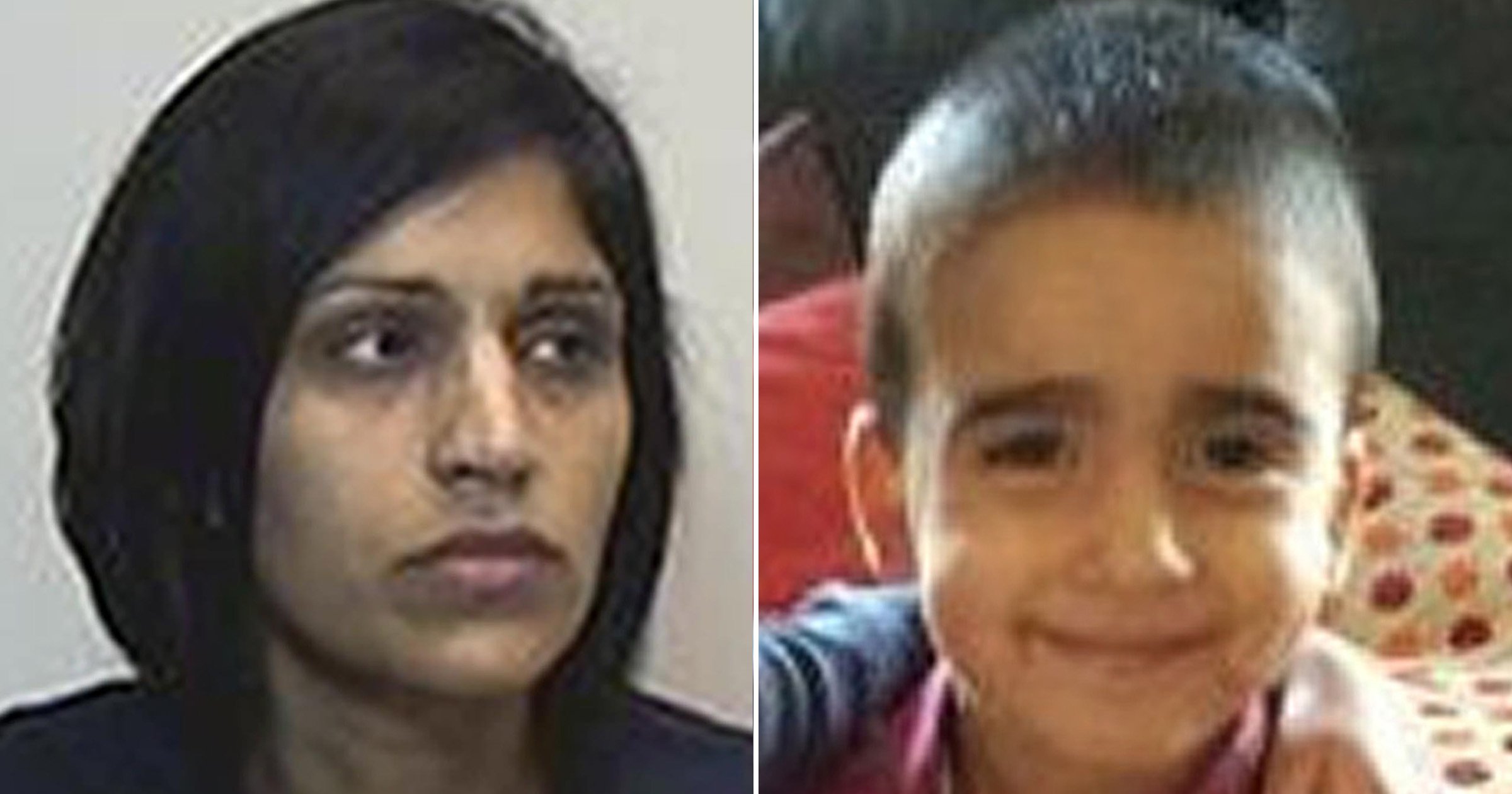 A mother who killed her little son, dumped his body in a suitcase and claimed he was missing, has been freed from jail after less than seven years.

Mikaeel Kular, 3, died two days after being beaten repeatedly by Rosdeep Adekoya following a family day-out to Nando’s in January 2014.

After discovering his lifeless body on the floor of their Edinburgh home, she put it in the suitcase and drove about 25 miles to Kirkcaldy, Fife, to hide it in woodland behind her sister’s house.

Adekoya, now 41, was jailed for 11 years in August 2014 after admitting culpable homicide and a second charge of attempting to defeat the ends of justice.

It is understood she was released from Cornton Vale prison in Stirling on Friday.

The High Court in Edinburgh had heard that Adekoya dialled 999 to report her son missing, sparking a major two-day search operation involving the emergency services and hundreds of local volunteers.

In reality, she had beaten him so badly that when his body was found it had more than 40 separate injuries.

Adekoya had ‘lost her temper’ when he was repeatedly sick following a trip to Nando’s at Edinburgh’s Fountain Park, the court heard.

She smacked him and struck him on the body and head with a clenched fist.

When Mikaeel was sick for a third time, she dragged him to the shower by his arms and ‘beat him heavily’ on his back as he lay over the bath edge.

Over the next few days Mikaeel’s condition worsened and he became ‘listless’ but his mother did not take him to a doctor because of the bruising.

The Sun newspaper first reported the story of her release.

A spokesman for the Scottish Prison Service said: ‘We don’t comment on individual prisoners.’

The High Court previously heard Adekoya had a history of depression and had attempted suicide in 2001.

Passing sentence, judge Lord Glennie said he accepted that Adekoya’s remorse was ‘genuine and heartfelt’, but he said what she did was ‘cruel and inexcusable’.