A nature photographer caught the whales on camera after noticing them in the ocean. Will McEnery-Cartwright spotted two of the killer creatures after seeing two fins in the water when he was enjoying a drink at the Minack Theatre.

He said: “Well today something crazy happened. I was taking in the views and drinking a coffee at the Minack Theatre and I spotted a whale fin in the distance.

“Couldn’t believe my eyes when I realised it was an orca (killer whale). Wow.

“Showed a staff member called Dave who confirmed it was an orca. Looking at all my pictures again and doing some research online it looks like there might be more than one, possibly John Coe with the distinctive notch on the dorsal fin and a chunk out of the tail fluke.”

Experts have confirmed that Mr McEnery-Cartwright did in fact see two of the UK’s resident killer whales, named John Coe and Aquarius. 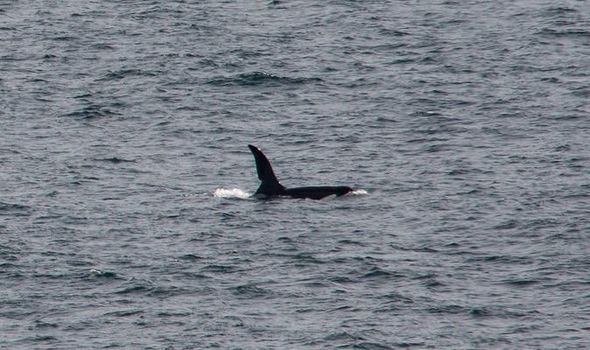 The marine team at Cornwall Wildlife Trust released a statement sharing their amazement at the sighting near West Cornwall.

It is reportedly the first recorded glimpse of the UK’s only resident killer whale population travelling this far south in Britain.

The resident orcas were identified by the unique shape and notches of their dorsal fins and colouration near their eyes and on their backs, making them easy to track as they move around the UK.

Cornwall Wildlife Trust sometimes receive reports of killer whales being spotted in Cornwall, but these have previously gone unconfirmed due to a lack of evidence and a similarity to Risso’s dolphins. 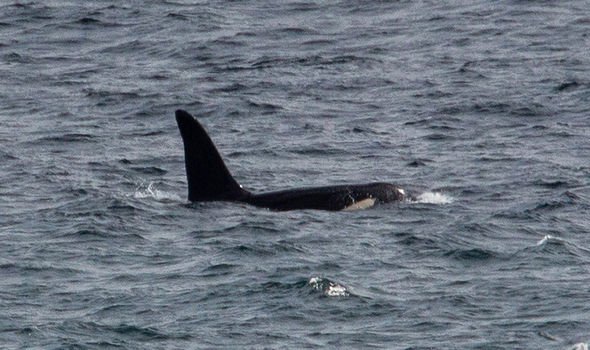 Abby Crosby, marine conservation officer at Cornwall Wildlife Trust, said: “The Trust’s Seaquest Southwest team were incredibly excited to hear about this orca report, and even more delighted when the photos received then validated the record and identified these rare and beautiful individuals as John Coe and Aquarius.

“This is the first official orca record in our databases with associated photos in over a decade, and further proof of the value of our coastal seas in supporting these magnificent creatures.”

John Coe and Aquarius are part of the West Coast Community, a focused group of eight individuals which are easily distinguishable from other orcas by their unusual sloping eye patch and bigger size.

Despite being routinely checked up on, some of the group’s orcas have not been seen in recent years and no calves have been seen since monitoring started in the 1990s.

Ms Crosby added: “This pod, and the issues it faces with infertility and future extinction, should be a huge wake up call to the public that we must protect these creatures better in our waters. Now is the time to take action by supporting our 2021 appeal.”

The Cornwall Wildlife Trust is hoping to tackle the issues affecting Cornwall’s marine life, many of which are caused by human actions, through fundraising.

Its goal is to raise £30,000 in an effort to limit the impacts of disturbance, bycatch and noise pollution so they can prevent extinction.

More information can be found at www.cornwallwildlifetrust.org.uk/dolphinappeal.