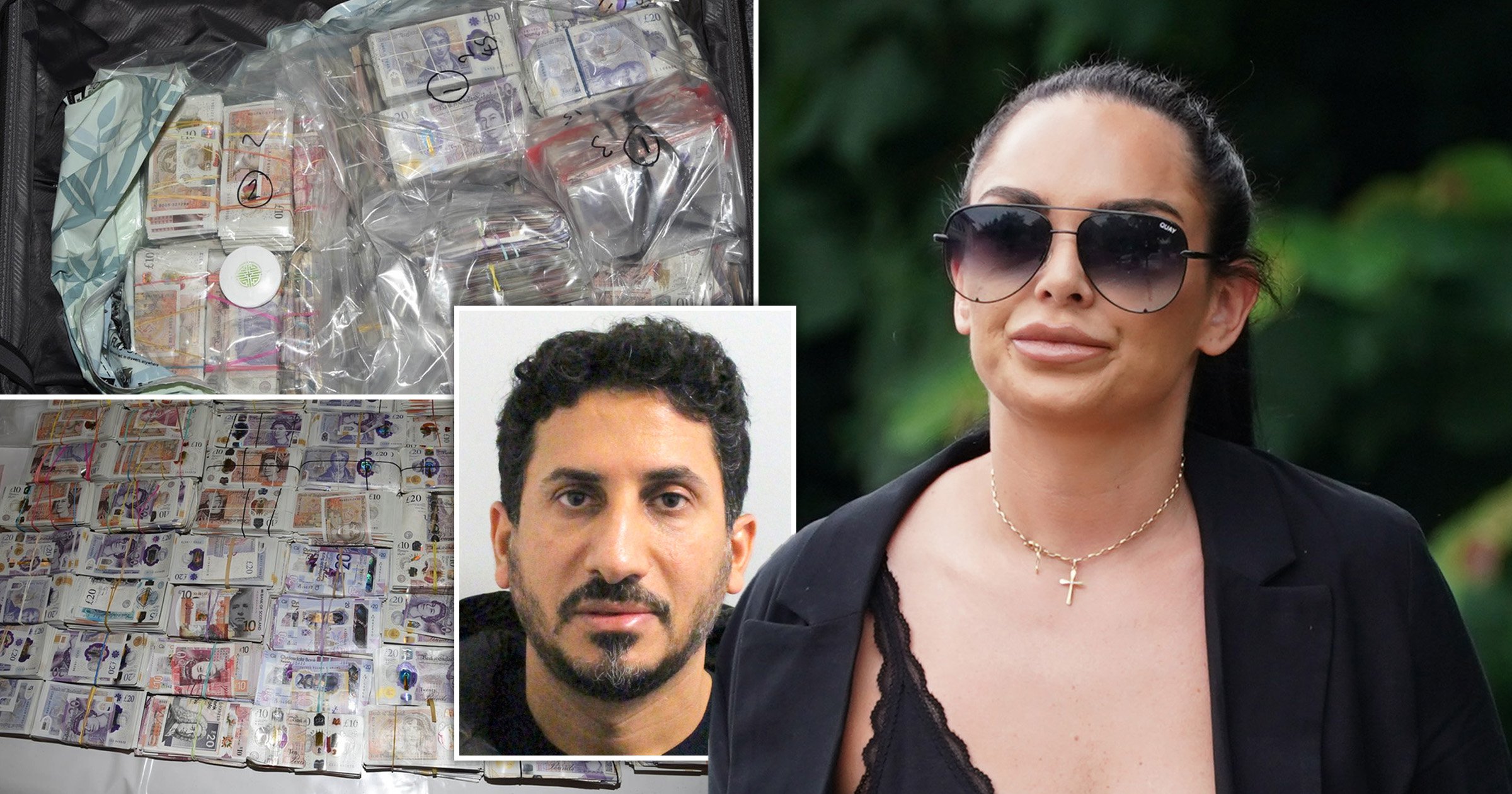 A money laundering kingpin who moved more than £100 million in dirty cash out of the UK to Dubai has been jailed for more than nine years in the biggest case of its kind.

Abdulla Alfalasi, 47, recruited dozens of couriers to fly suitcases stuffed with bank notes out of the country on business class flights between April 2019 and November 2020.

The mules were paid between £3,000 and £8,000 a time, plus expenses, for a total of 83 trips as part of a money-laundering service for dozens of drugs gangs around the UK.

Carrying up to £500,000 in each suitcase – packed with coffee grounds or air fresheners in a bid to fool sniffer dogs – they would use the Emirati national’s firm Omnivest Gold Trading to cover the cash declarations on arrival in Dubai.

The operation was discovered when 31-year-old Tara Hanlon, described as a Kim Kardashian lookalike during earlier reports of the case, was stopped at Heathrow Airport on October 3, 2020.

Around a month later, Czech national Zdenek Kamaryt, 39, was held as he tried to board a flight from Heathrow to Dubai with £1.3 million of cash in his bags.

Alfalasi, who carried £6 million on 10 cash trips himself before recruiting a network of couriers, was arrested at a Belgravia flat owned by his wife’s wealthy family while on a visit to London on December 14 last year.

The father-of-six, who followed the hearing with the help of an Arabic interpreter, was jailed for nine years and seven months on Thursday after pleading guilty to removing criminal property.

Judge Simon Davis said: ‘There is no doubt that this was a considerable network under your charge, not your sole charge, you were a principal but it is clear that there were others involved.’

He added: ‘You were involved in facilitating the removal of a vast amount of cash from this country, through Heathrow Airport, to Dubai.

‘You used yourself on a number of occasions as well as a network of 36 hired couriers, who were given somewhere around £3,000 plus expenses per trip and covered with a letter from a company with which you were intimately involved, called Omnivest Gold Trading, to vest this criminal enterprise with a veiled cloak of legitimacy.’

He would book them business class flights so they could make use of the extra luggage allowance, with suitcases weighing up to 40kg each and packed with mouthwash and coat hangers in an attempt to fool the X-ray machines.

The couriers would declare the money to customs on arrival in Dubai before returning home days later with the empty bags.

One, Nicola Esson, 55, from Leeds, checked in 19 suitcases with a combined weight of almost half a tonne on three trips in August and September 2020, declaring a total of £6.4 million.

Muhammed Geyas Ilyas, 29, from Slough, who took a total of £2.5 million in two trips was arrested off a flight back to Heathrow in February 2020 after Border Force officers found a bag that had gone missing at the airport containing £431,000 in cash.

Both have pleaded guilty to removing criminal property and await sentencing, while Clarke is still believed to be in Dubai and is wanted by the National Crime Agency (NCA).

Last year, Hanlon, who admitted money-laundering offences relating to more than £5 million, was jailed for 34 months.

Kamaryt was sentenced to 26 months after also pleading guilty to money-laundering offences.

The NCA said the ‘international controller network’ operated at the pinnacle of global money laundering.

On arrival in Dubai, the money would be converted into dirhams, with some used to buy gold in Africa or cryptocurrency, before being released back to the customers in the UK.

The NCA said it is believed to be the biggest cash money laundering conspiracy brought to justice in the UK.

Senior investigating officer Ian Truby said: ‘Cash is the lifeblood of organised crime groups which they reinvest into activities such as drug trafficking, which fuels violence and insecurity around the world.

‘Disrupting the supply of illicit cash is a priority for the NCA and our partners.

‘The investigation is ongoing and we will do all we can to bring further offenders to book.’

Adrian Darbishire QC, defending, described Alfalasi as a ‘family man and a businessman in a small way’, who was ‘worth something to some people’ as an Emirati citizen and was the ‘useful idiot’ for others.

‘He has done something very bad and something very stupid and he is the one who finds himself in court saddled with the implications of £100 million,’ he added.