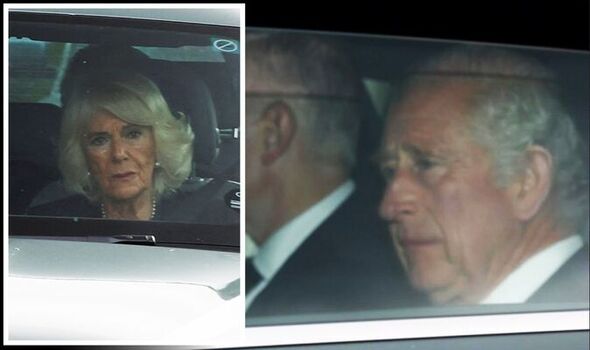 King Charles III has left Balmoral in Aberdeenshire following the death of his mother Queen Elizabeth II yesterday. The King will travel to London with his wife Queen Camilla to meet with Prime Minister Liz Truss and will address the nation for the first time as monarch later today. The King was pictured in the back of a car, with the Queen in the front passenger seat, as they were driven in convoy over the River Dee towards Ballater. 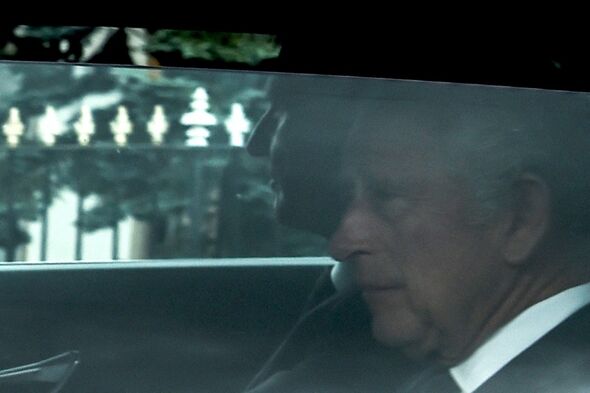 The King, who immediately ascended to the throne when his mother died yesterday afternoon, said in a statement yesterday he would remain in Balmoral until today.

He was among the first to arrive at Balmoral when the news of the Queen’s ill health broke, along with his sister Princess Anne.

The royals are now leaving the Scottish residence, with Prince Harry being the first to leave this morning to reunite with his wife Meghan Markle in London.

Other royals, including Prince William, the Earl and Countess of Wessex, and Princess Anne are expected to travel to London throughout the day.

Mourners have been pictured at Balmoral and other royal palaces as the public pays their respects Britain’s longest serving monarch.

Today the Accession Council will meet at St James’s Palace in London – they do not need the new King to be present to do this.

According to the Privy Council website: “The Accession Council should be held before Parliament meets, and Parliament should meet as soon as practicable after the death.”

Prince Charles meet with Prime Minister Liz Truss on his arrival to London, just days into her premiership.

The new King will be formally proclaimed monarch at a historic Accession Council on Saturday.

He will first make a personal declaration about the death of the Queen, then he will take the oath to preserve the Church of Scotland.

This is because in Scotland there is a division of powers between Church and State.

He will read it out loud and sign two identical Instruments recording the taking of the oath, with his signature witnessed by Camilla and his son and heir Prince William, and others including the Secretary of State for Scotland and the Scottish First Minister.

Following on from the Accession Council, the first public proclamation of the new sovereign will be read.

This is delivered open air from the Friary Court balcony by the Garter King of Arms at St James’s Palace.

It will be read out across UK capitals – Edinburgh, Cardiff and Belfast.