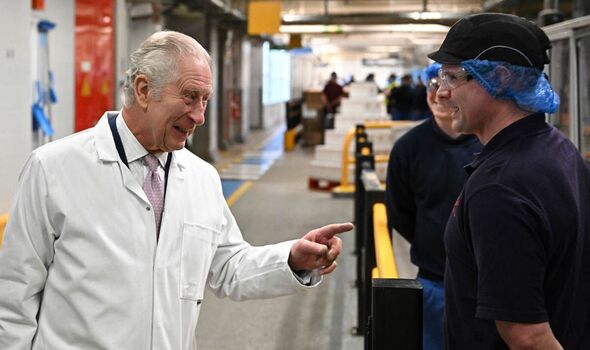 King Charles began his day in northwest England with a visit to the Kellogg’s site in Manchester. This is the monarch’s first public appearance since the release of a survey which showed most members of the Royal Family were hit by a slump in popularity. Prince William and Kate were among those who suffered a dip in how positively they are seen by the UK public, an Ipsos Mori poll conducted in the UK on 1000 adults aged between 18 and 75 on January 10 and 11 suggested.

The heir to the throne’s popularity was reduced by eight percentage points, the survey suggested, while Kate’s by seven.

Nevertheless, the Prince and Princess of Wales remain the most popular members of the Royal Family, with ratings of 61 percent and 60 percent respectively.

The King’s popularity was also hit, dipping by three points, while Queen Camilla – despite being accused by Prince Harry in an interview to be willing to trade stories with the media to improve her public image, remained seen positively by 38 percent of those polled.

The poll, which was carried out after the Duke of Sussex took part in a number of interviews to promote his tell-all memoir, Spare, also showed the Royal Family as a whole dipped in popularity by one point.