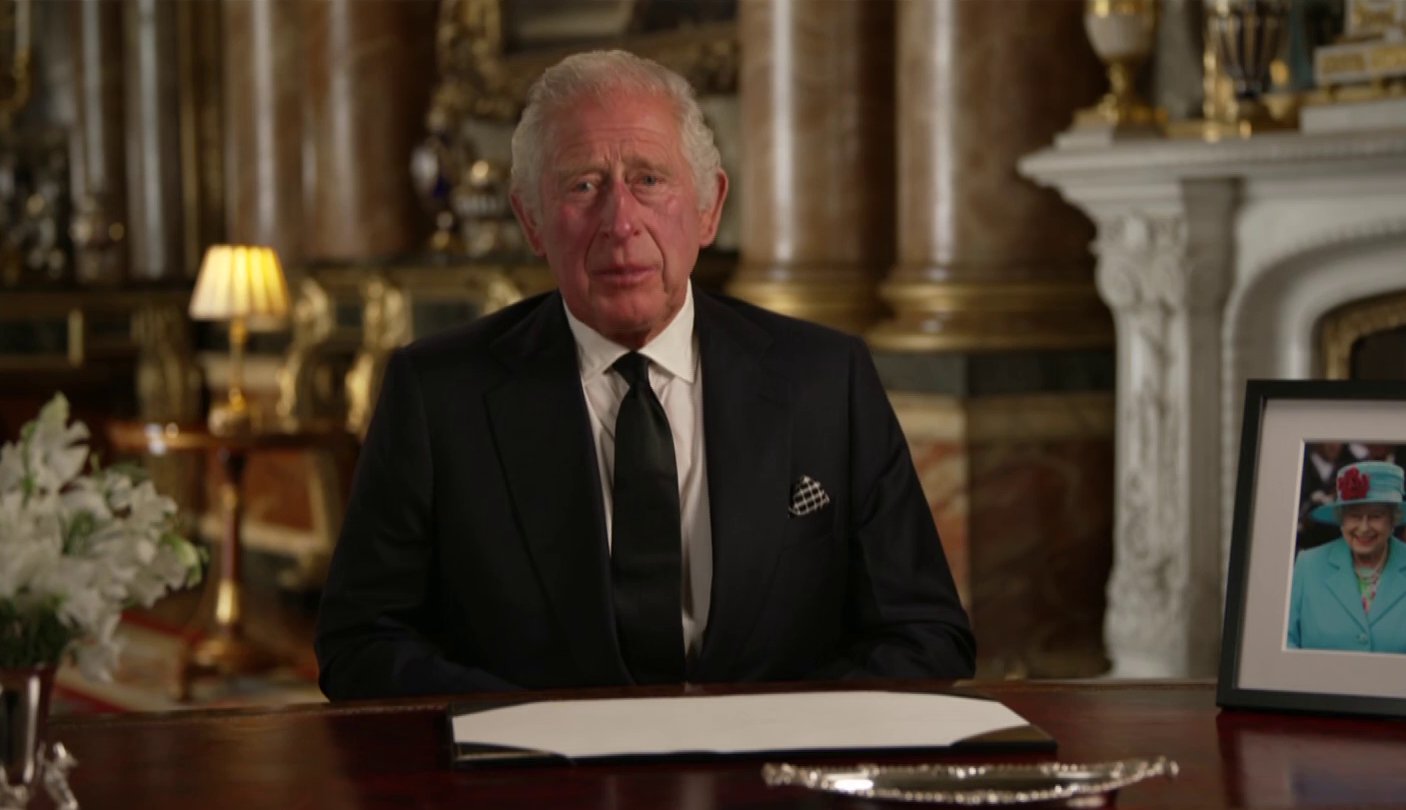 In his first address to the nation as King, Charles said he wished to ‘express my love for Harry and Meghan as they continue to build their lives overseas’.

In a pre-recorded message, he spoke of his grief at losing his mother Queen Elizabeth II who died yesterday aged 96.

It was played during a service of remembrance at St Paul’s Cathedral this evening.

He confirmed that eldest son William and his wife Kate will become the Prince and Princess of Wales, taking over the title vacated by him on his ascension to the throne.

The King appeared to be on the verge of tears during the speech as he spoke of his ‘darling mama’.

He said: ‘I pay tribute to my mother’s memory and I honour her life of service’.’

He continued: ‘In 1947, on her 21st birthday, she pledged in a broadcast from Cape Town to the Commonwealth to devote her life, whether it be short or long, to the service of her peoples.

‘That was more than a promise: it was a profound personal commitment which defined her whole life. She made sacrifices for duty.’

He said that he wanted himself to make such a vow.

‘As The Queen herself did with such unswerving devotion, I too now solemnly pledge myself, throughout the remaining time God grants me, to uphold the Constitutional principles at the heart of our nation.

‘And wherever you may live in the United Kingdom, or in the Realms and territories across the world, and whatever may be your background or beliefs, I shall endeavour to serve you with loyalty, respect and love, as I have throughout my life.’