King Charles to be a travelling monarch says Arbiter

King Charles III led the procession of royals into Westminster Abbey on Monday for Queen Elizabeth II’s state funeral. The new monarch walked alongside his wife and consort, Queen Camilla, as they followed the Queen’s coffin into the London church. Following them was Princess Anne, the late monarch’s only daughter, and her husband Sir Timothy Laurence. Both Charles and Anne were by their mother’s side when she died at Balmoral Castle on September 8. The Princess Royal then accompanied the coffin on its journey from Scotland to London.

In a tribute to her mother, Anne wrote: “I was fortunate to share the last 24 hours of my dearest mother’s life. It has been an honour and a privilege to accompany her on her final journeys. Witnessing the love and respect shown by so many on these journeys has been both humbling and uplifting.”

The royal is known to have shared a close relationship with her mother and played one of the most prominent roles in the events to mourn her death.

A royal historian has since claimed Charles recognised his sister’s service to the late Queen and paid tribute to it in the funeral service.

Gareth Russell, a biographer and commentator, was a guest on this week’s episode of the Royally Us podcast. He claimed: “King Charles seems to have paid tribute to his sister Princess Anne following her decades of unwavering service to the Queen and the Firm. 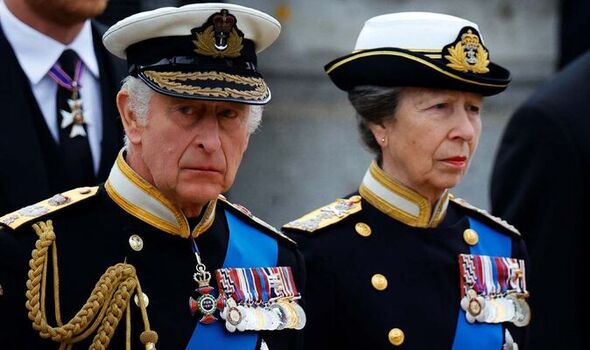 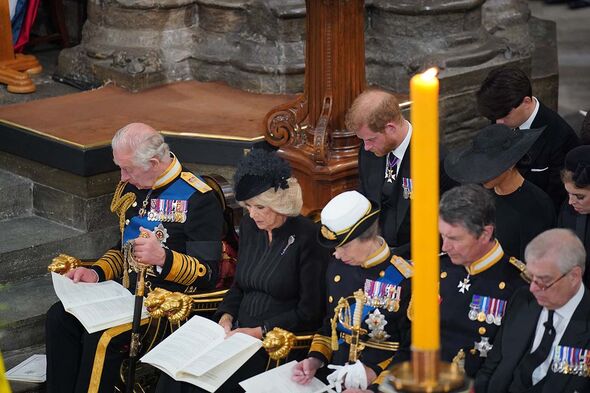 “The King’s major concern has been to give a place of honour to his sister and for the older roles to be relaxed.”

Mr Russell added: “Giving Princess Anne her rightful place in the 21st century in monarchy [shows that] she really is her brother’s confidant.

“She is hugely admired in Britain for her charitable work, and we’ve seen that she is someone who’s dealing with great heartbreak at her mother’s passing.”

The historian went on to suggest that Charles was doing away with archaic royal rules that place male royals higher in the pecking order than female royals. Despite being the Queen’s second child, Anne falls behind her two younger brothers and their children in the line of succession.

This is because male primogeniture served as protocol for the Royal family from the Act of Settlement of 1701 up until 2013, when the Queen changed the law to ensure sons and daughters of the monarch now have an equal right to the throne. 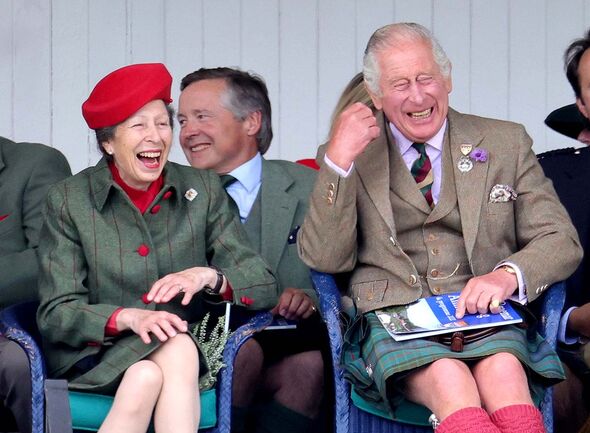 Mr Russell said Anne’s seat was an effort “to stop granting precedence and favour to male members of the family over their sisters,” adding, “we saw for the first time, a female member of the Royal Family marching behind the coffin.”

As well as accompanying her mother on her final journey, Anne made history as the first woman to have ever performed the rare ritual.

On the evening of September 12, the Vigil of the Princes took place at St. Giles’ Cathedral in Edinburgh. The ritual involves members of the Royal Family standing guard around their relative’s casket as they lie in state.

Traditionally, only male members of the family stand guard, but Anne became the first woman to ever take part, standing alongside her brothers – Charles, Prince Andrew and Prince Edward. The siblings were accompanied by the Royal Company of Archers who were guarding the Queen’s casket around the clock. 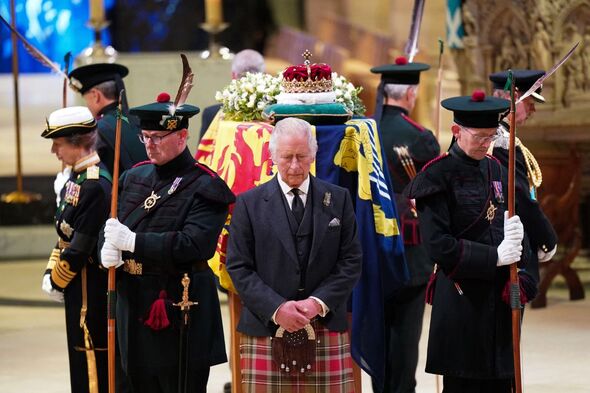 The last time the Vigil of the Princes was performed was during the Queen Mother’s funeral events in 2002. That time, Charles, Andrew and Edward were joined by their cousin David Armstrong Jones, Princess Margaret’s son.

The only other time the ritual has been performed was for the Queen’s grandfather, King George V, in 1936. King Edward VIII, Prince Albert (later King George VI), Prince Henry and Prince George guarded the King’s casket at Westminster Hall.

On Tuesday, September 13, Anne travelled with the coffin from Edinburgh to London by an RAF aircraft. They arrived in Buckingham Palace to crowds of well-wishers.

In her tribute to the Queen, the Princess Royal thanked well-wishers and mourners for sharing the royals’ “sense of loss”, she added: “We may have been reminded how much of her presence and contribution to our national identity we took for granted.” 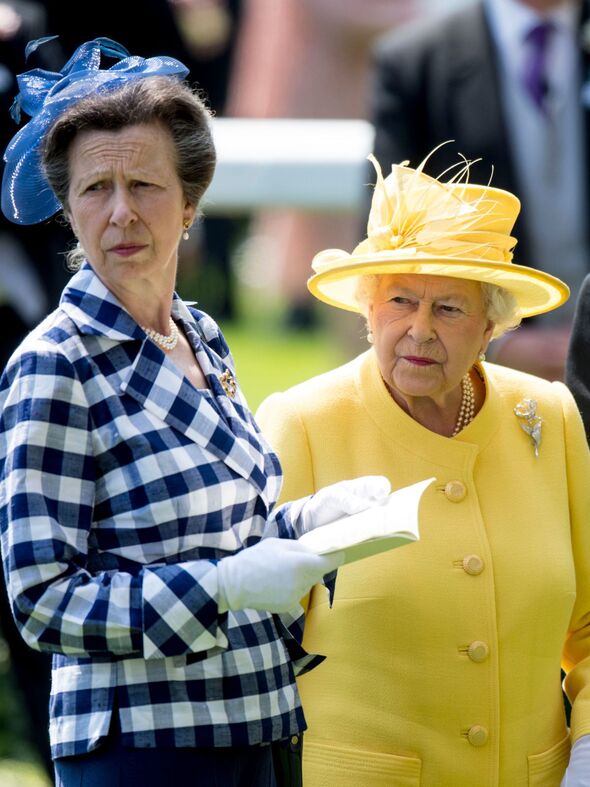 Sharing a few words for the new King, Anne went on to say: “I am also so grateful for the support and understanding offered to my dear brother Charles as he accepts the added responsibilities of The Monarch.”

And once again proving herself as one of the hardest working royals, Anne has returned to her duties just days after her mother’s funeral.

In her role as Commodore-in-Chief Portsmouth, the Princess Royal headed out to thank members of the Armed Forces who took part in the state event.

But the Princess is not alone in returning to work earlier than expected. In a surprise appearance, the new Prince and Princess of Wales visited Windsor’s Guildhall to meet volunteers and operational staff who were involved in facilitating the committal service for the Queen, held after the state funeral on Monday afternoon at St George’s Chapel.

These workers helped run the historic event smoothly. They also worked to support the crowds who gathered in Windsor to bid the last farewell to the beloved monarch.