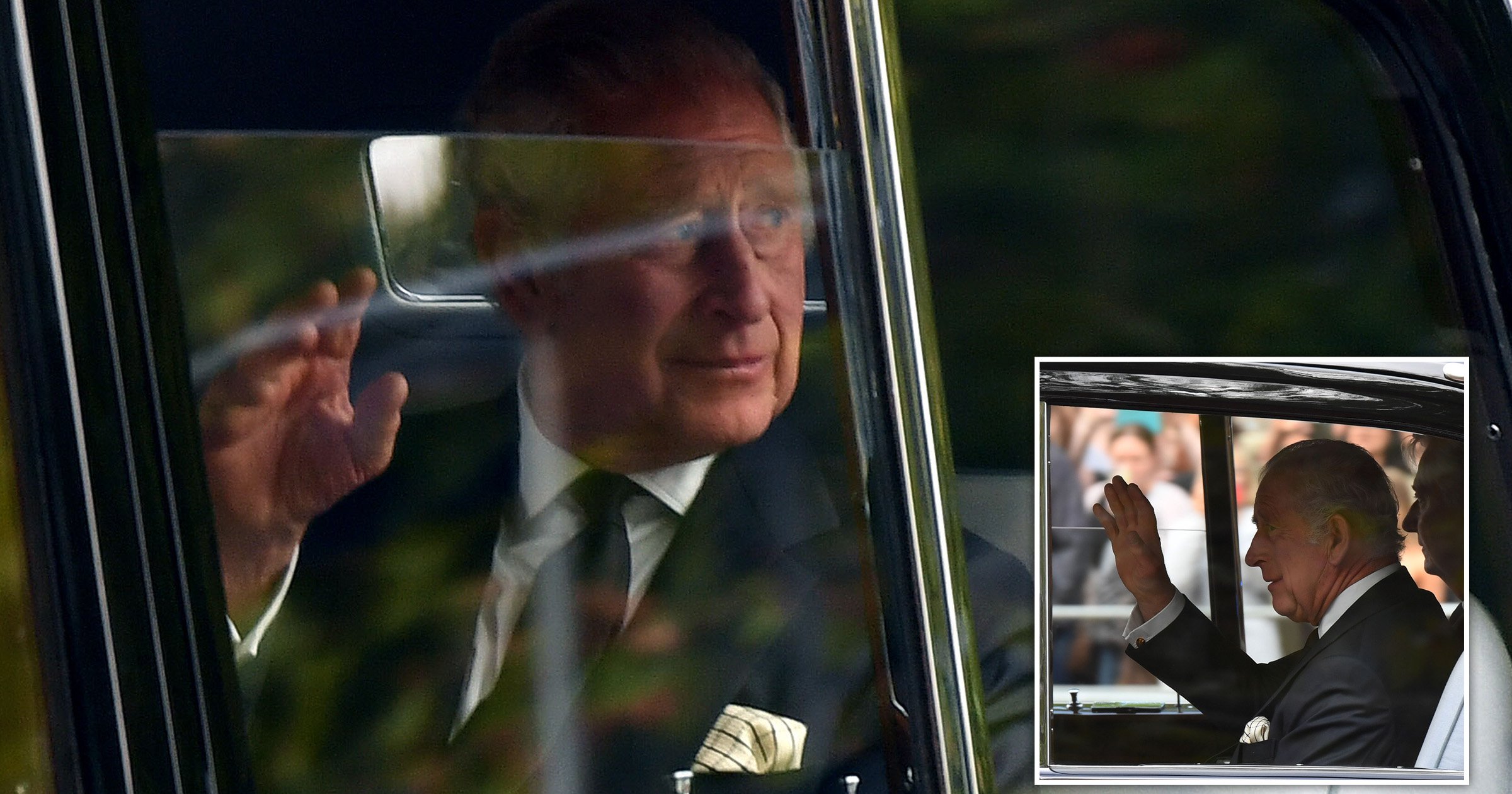 King Charles waved as he rode past thousands of well-wishers lining The Mall and into Buckingham Palace today.

The crowd burst into applause and cheers as the state Rolls-Royce passed the Victoria Memorial and dropped Charles off at the royal residence.

He arrived ahead of the procession he will lead at 2.22pm, which will see the Queen’s coffin taken through central London.

Prince William and Prince Harry will join their father to walk behind the coffin being pulled by horses today.

The trio – along with the Queen’s other three children Duke of York, the Princess Royal and the Earl of Wessex – will follow the coffin on foot as it makes its journey to Westminster Hall.

The Queen’s coffin will be taken in procession on a Gun Carriage of The King’s Troop Royal Horse Artillery from Buckingham Palace to Westminster Hall where she will lay in state until the early morning of her funeral.

She died at Balmoral Castle in Scotland on September 8 and was succeeded by her eldest son, with today marking another stage of her final journey.

Queen Consort Camilla, Princess of Wales Kate, Countess of Wessex Sophie, and Duchess of Sussex Meghan will travel by car.

The procession wis expected to arrive at Westminster Hall at 3pm, where a service lasting around 20 minutes will be led by the Archbishop of Canterbury accompanied by the Dean of Westminster.

Queues have already started to build to see the Queen lying in state, with hundreds of thousands expected to line up to pay their respects.

It is thought the queue might reach four miles up the Thames to Southwark Park in Bermondsey before the public are admitted.