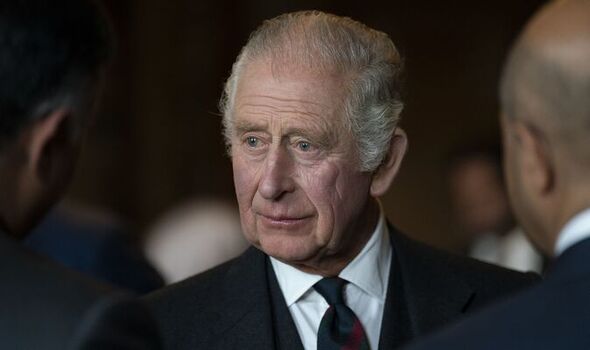 Traditional language is likely to be simplified and ancient rituals dispensed with in the ceremony at Westminster Abbey pencilled in for next June. The 1953 Coronation of Queen Elizabeth II lasted for almost four hours in front of an 8,000-strong congregation.

But there is speculation the Duke of Norfolk, who as Earl Marshal is masterminding Operation Golden Orb, has been tasked with preparing a simpler, shorter ceremony reflecting a streamlined monarchy.

With only 2,000 guests and dignitaries, those set to miss out are likely to be MPs and peers.

Yet the King still wants to retain much of the pomp and pageantry that the world witnessed during Her Majesty’s lying-in-state and funeral ceremonies.

The Queen’s Coronation was based largely on the 1937 occasion of her father, King George VI, which in turn was modelled on that of King George V in 1911.

One source is quoted as saying: “The King has stripped back a lot of the Coronation in recognition that the world has changed in the past 70 years.”

The 1953 Coronation required the Queen to make various outfit changes but the source reportedly said: “King Charles is unlikely to do the same and the language will be adapted so as to be understandable to a more modern audience.”

The King has committed to vow to be the “defender of the faith” not “defender of faith” as previously speculated.

The 1762 Gold State Coach, refurbished at great expense for the Queen’s Platinum Jubilee, will also be part of his procession. Some lengthy rituals could be cut, such as the Court of Claims, an ancient court set up to assess which members of the gentry had the right to perform certain roles, first recorded in 1377.

The traditional presentation of gold to the monarch is also likely to disappear in case it appears out of touch with the cost-of-living crisis.

Velvet chairs made for the 1953 Coronation are likely to be replaced by standard seating with breeches and tiaras replaced by suits and hats.

Discussions may have taken place on relaxing the requirement for peers to wear Coronation robes.

Lieutenant Colonel Anthony Mather, who started the plan for King Charles’s Coronation that has since been updated, said: “No Coronation robes. Give them to a museum where they belong.

“It’s not going to be a tweed jacket and a pair of jeans but a morning suit or lounge suit.”

The Duke of Norfolk declined to comment. Buckingham Palace said: “All these reports are simply speculative. No arrangements have been confirmed.”