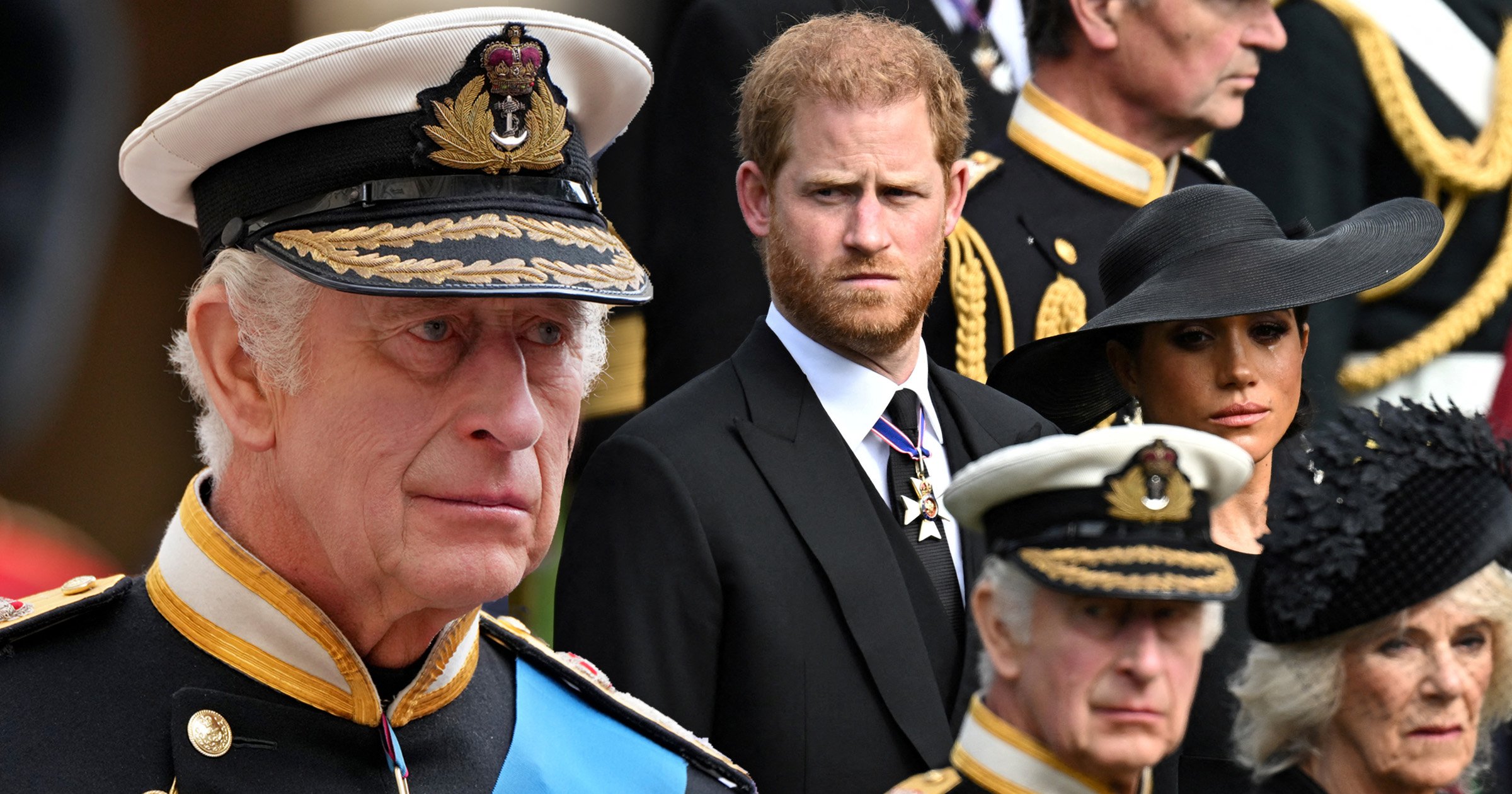 The new King sees ‘tremendous flickers of hope’ of reestablishing a relationship with Prince Harry and Meghan Markle following their visit to the UK, it has been claimed.

Sources revealed Charles is happy with the conversations he had with the couple while the family united in grief for the Queen’s funeral.

It is not known how much time he spent with Harry but he is determined to rekindle the relationship.

One royal insider told The Telegraph: ‘It remains the case that the King loves both of his children.

‘Over the last 16 days or so, there were tremendous flickers of hope. In terms of the future, there is hope of a cause for unity.’

But the release of Harry’s bombshell new book, due out this year, could cause further problems for the monarchy.

His legal battle with the Home Office over his security arrangements also rumbles on.

Charles mentioned his love for Harry and Meghan in his first televised speech as King, in what was perceived to be an ‘olive branch’ to the couple.

But the visit was not without some controversy after it appeared Meghan was uninvited to a state reception at Buckingham Palace, as well as an apparent u-turn over Harry’s right to wear military uniform.

One decision Charles will have to make soon is whether to grant royal titles to his two youngest grandchildren – Archie, three, and Lilibet, one.

Harry and Meghan are said to be concerned their children’s titles will be stripped after the royal family website was not updated with them following the Queen’s death.

With the official mourning period now over, Charles and Camilla are staying in Scotland to adjust to their new roles.

Protocol dictates duties for the new monarch are slowly incorporated.

Charles’s main role now will be ploughing through the red box and responding to the many condolences sent by the public following the Queen’s death.

His third audience with new prime minister Liz Truss is expected to be virtual – unless she travels up to Scotland.

Over the next few weeks, Charles will make his first international visit as monarch to France, hoping to build bridges with leading European nations post-Brexit.

He will also use the visit to highlight a scheme to plant millions of trees in Africa to combat climate change.

Just a week before she became PM, Ms Truss said the ‘jury’s out’ on whether Emmanuel Macron was a friend or foe to the UK.

There has been no state visit abroad for seven years due to the late Queen’s declining health.

Meanwhile, the Prince and Princess of Wales will journey to Wales today, first visiting Holyhead in Anglesey and then travelling on to Swansea.