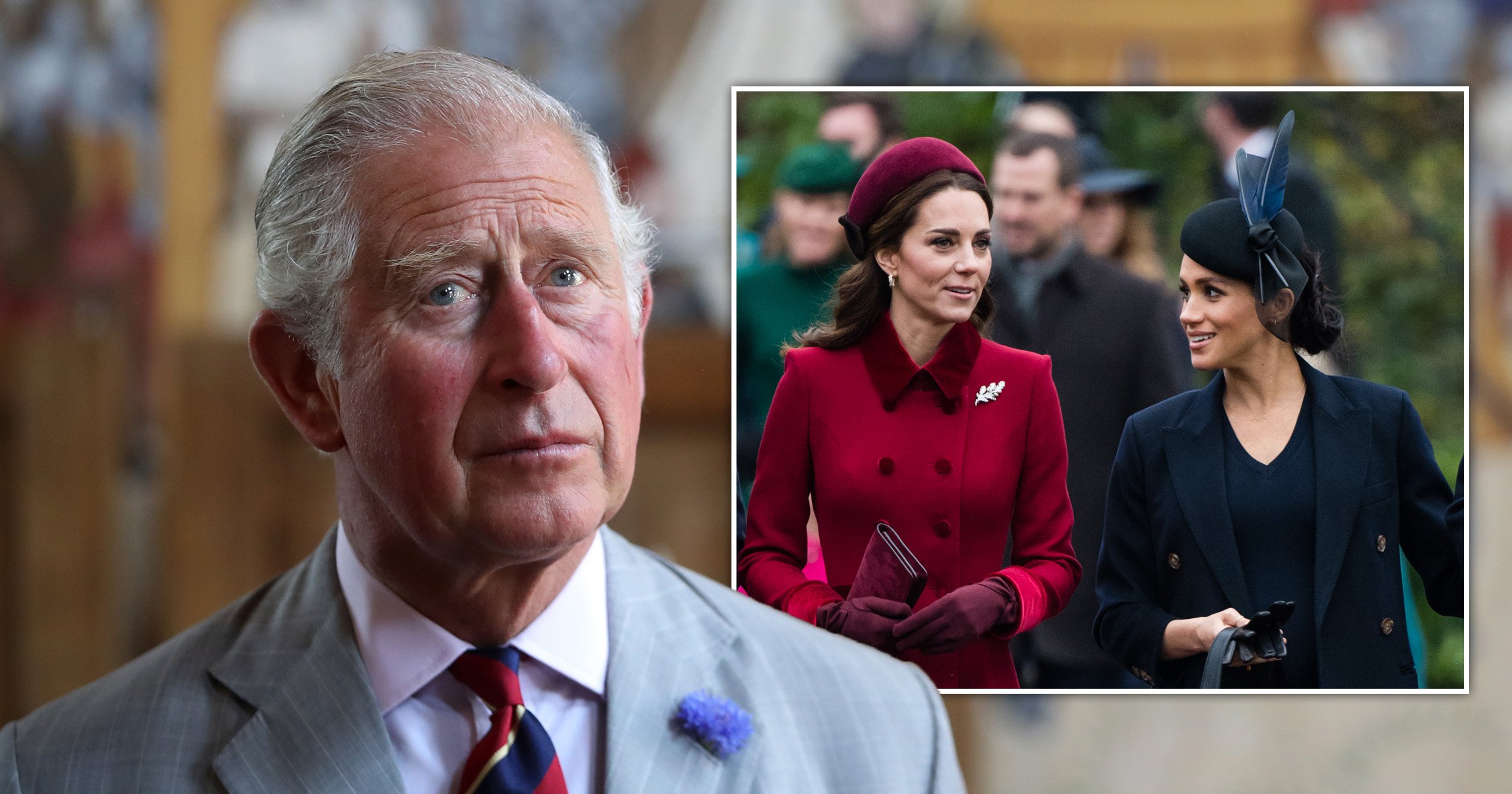 Prince Harry claims his father the King was jealous of both his wife Meghan Markle, and his sister-in-law Kate Middleton.

He claims Charles said he did not ‘have money to spare’ to financially support him and his wife because he feared the ‘novel and resplendent’ American actress would steal his limelight.

In his explosive new memoir, Spare, the Duke of Sussex says his father had ‘experienced that before and had no interest in letting it happen to him again’, in an apparent allusion to the late Princess Diana.

Harry’s highly-anticipated book is due for release on Tuesday, but it after it was accidentally released in Spain early, a number of journalists managed to get hold of a copy.

According to the Daily Telegraph, which had the book translated, Harry said prior to his engagement to Meghan, his father raised the subject of the actress’s livelihood.

When he asked if she planned to continue working after their marriage and Harry said he didn’t think so, the duke claims his father replied: ‘Well, my dear son, you already know that we don’t have money to spare.’

Following Harry and Meghan’s wedding, however, the couple was financially supported by Charles while they were working royals, but this was discontinued when they moved to the US to start a new life.

The book reportedly then alleges the then-Prince of Wales admitted to difficulties in supporting William and Kate, the then-Duke and Duchess of Cambridge.

Harry said he questioned his father’s money complaints, but it is not clear if this was done at the time of the conversation or in retrospect.

The duke says he queried the then-Prince of Wales about his supposed struggles when he was earning ‘millions from the tremendously lucrative’ Duchy of Cornwall, the Telegraph reports.

Harry says he believed his father actually feared Meghan had the potential to ‘dominate the monarchy’ and become another Diana for the public and the press – which would consequently steal the limelight from Charles and Camilla.

The US publication Page Six, which had also obtained a copy of the book, reports Harry wrote: ‘Pa might have dreaded the rising cost of maintaining us.

‘But what he really couldn’t stomach was someone new dominating the monarchy, grabbing the limelight, someone shiny and new coming in and overshadowing him.’

According to the Telegraph, Harry goes on to say his father was also jealous of the amount of public attention William and Kate received.

Using his brother’s nickname, he says ‘Willy’ did everything Charles wanted, and that ‘sometimes he didn’t want him to do much’, because he and Camilla didn’t like the Cambridges getting too much publicity.’

One example he provides involved the King’s staff making sure Kate was not photographed holding a tennis racket at a public engagement as ‘that kind of photo would have pushed Dad and Camilla off every front page’.

The claim is one of many to make headlines about the Royal Family and the Sussexes in recent days as journalists obtained copies of Harry’s memoir.

One of the most startling of revelations from the book continues to be the first one to be leaked – the allegation William physically attacked his younger brother in 2019.

Speaking about the confrontation in a new teaser for his ITV interview which was released on Friday, Harry had described how a ‘red mist’ came over the Prince of Wales during the incident.

‘He wanted me to hit him back, but I chose not to,’ he tells correspondent Rom Bradby in the short clip.

The interview, due to be aired on Sunday, will also see the duke insisting he still wants reconciliation with the Royal Family, but warned there needed to be some accountability first.

Harry also claims in his book that he killed 25 people as a helicopter pilot in Afghanistan and saw them as ‘chess pieces’ taken off the board.

He says he took cocaine at 17 and lost his virginity at the same age behind a ‘very busy pub’ to an unnamed older woman who treated him like a ‘young stallion’ and ‘spanked’ him.

The duke also claims he was confronted by a talking bin after taking magic mushrooms at a party in California in 2016.

He says both princes ‘begged’ their father not to marry Camilla, now the Queen consort, who he claims ‘sacrificed’ him to improve her public image.