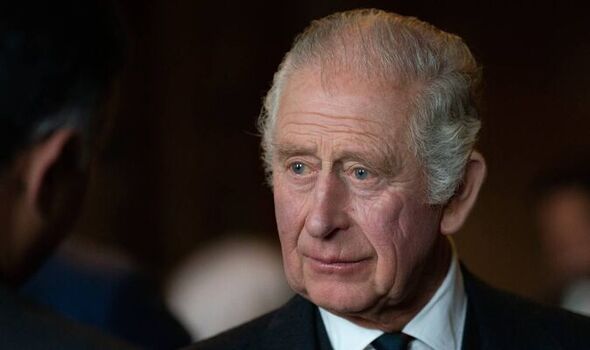 In a message to Michael D Higgins, the President of Ireland, the King said: “My wife and I were filled with immense sadness when we heard of that appallingly tragic explosion at Creeslough. We remember with the greatest fondness meeting people from across Donegal when we visited in 2016 and the strong sense of community that exists there.”

“However inadequate this may be under such shattering circumstances, we wanted you to know that our most heartfelt sympathy and deepest condolences are with those who have lost their loved ones in this devastating tragedy, together with yourself and the people of Ireland.”

The death toll could have been twice as high if the blast had happened five minutes earlier.

Village GP Dr Paul Stewart said a group of school children had been sitting on a wall of the service station and convenience store just before it was buried by falling rubble.

Dr Stewart said: “Sadly I was put in charge of the fatalities. We had to find a quiet building.

“And then I was involved in trying to identify them and bringing in family members.”

The doctor added: “These wounds are going to take years to heal, if they ever do.”

Those killed were: Robert Garwe, 50, who had gone to buy a cake with his daughter Shauna Flanagan Garwe five; James O’Flaherty, 48; Jessica

He added: “She was very special, very, very special. She’s going to be very sorely missed.”

Dolores Gallagher, the aunt of Jessica, said her niece was “the most beautiful young woman”.

She said: “Today was the day she was starting her new professional life as a fashion designer in Belfast and she had just finished her first commission.”

Vigils have been held across Ireland for the victims. The funerals of Jessica and Martin will take place today.

Creeslough priest Father John Joe Duffy said: “This is a quiet village and the heart of this village has been broken by a tsunami of grief.”

Police are treating the blast as a tragic accident. A gas leak is one theory being explored.