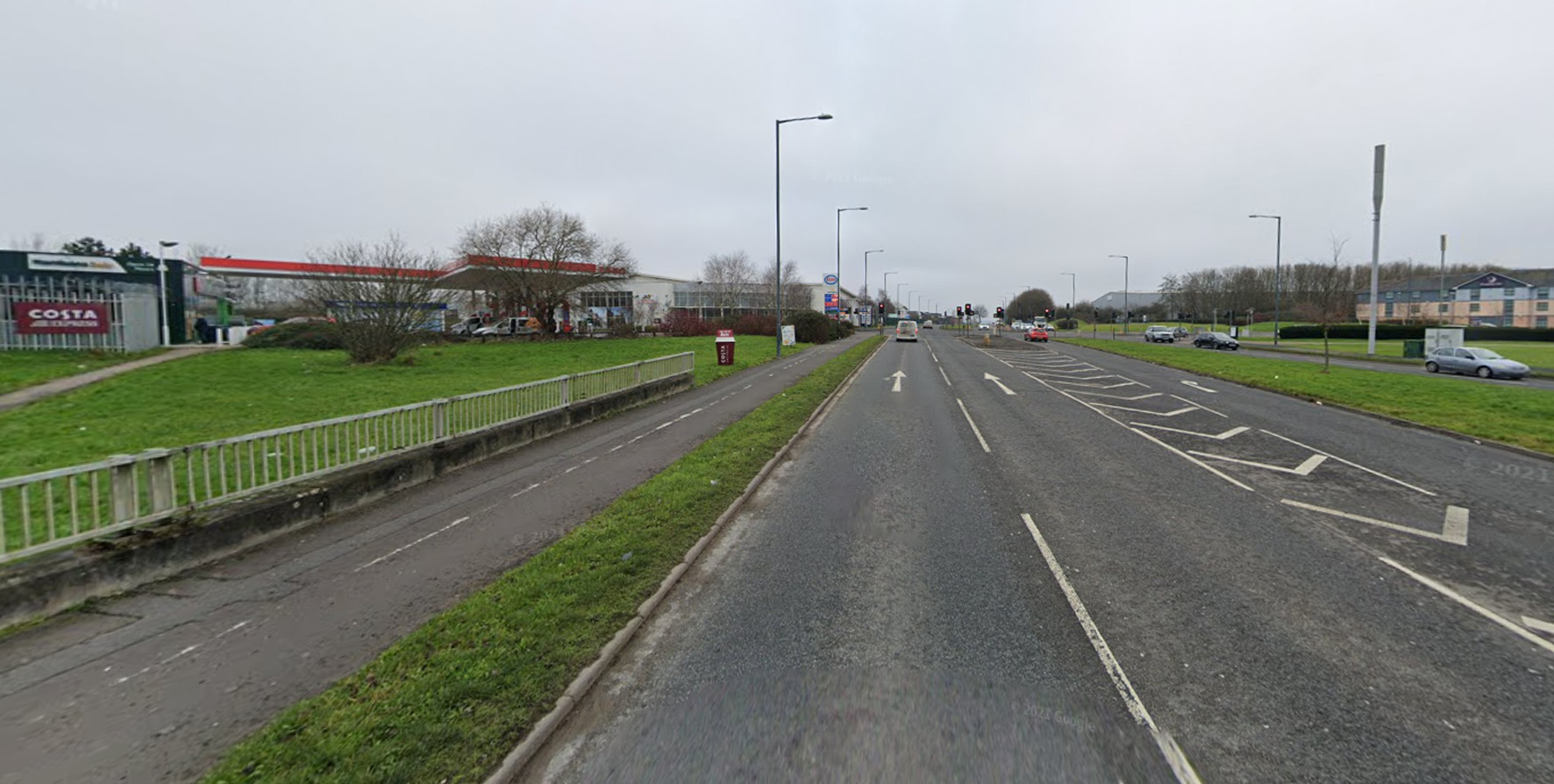 At least one person has been injured in a hostage siege after a knifeman stormed a petrol station in Bristol.

Staff are hiding in a safe room while armed officers and a negotiator try to calm the scene atHengrove Way.

The injured person has been rushed to hospital and is not believed to be in a life-threatening condition.

People are being urged to avoid the area.

Avon and Somerset Police confirmed the incident in a tweet.

‘One person has left the scene and gone to hospital with injuries not believed life-threatening.

‘Armed officers and a negotiator have been deployed to try to bring the incident to a safe conclusion. Members of the public are urged to avoid the area.’