President Thaci awards Trump one of country’s highest honours for efforts on peace and reconciliation. 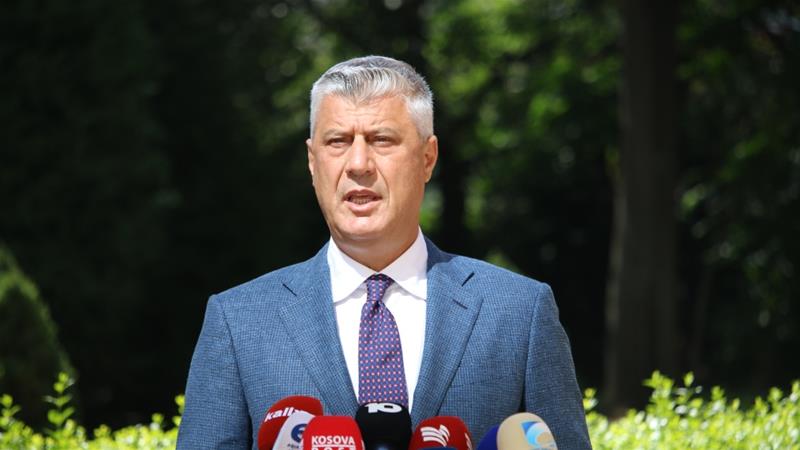 Kosovo has awarded US President Donald Trump one of the country’s highest honours for his government’s efforts on peace and reconciliation in the formerly war-torn region.

President Hashim Thaci awarded Trump Kosovo’s Order of Freedom on Friday “for his exceptional contribution for the freedom of Kosovo and the strengthening of peace and reconciliation in the region”.

The Trump administration has been working to normalise relations between Serbia and Kosovo, two former Balkan war foes.

Kosovo, a former Serbian province, and Serbia have been negotiating under the European Union mediation since 2011 on normalising their ties.

Serbia fought a 1998-99 war with separatist fighters in Kosovo. The war ended after NATO conducted a 78-day air attack campaign against Serbia.

Kosovo was run by the United Nations for nine years before it declared independence in 2008. Most western nations recognise Kosovo’s statehood, but not Serbia.

Thaci also invited Trump for a visit to Kosovo.