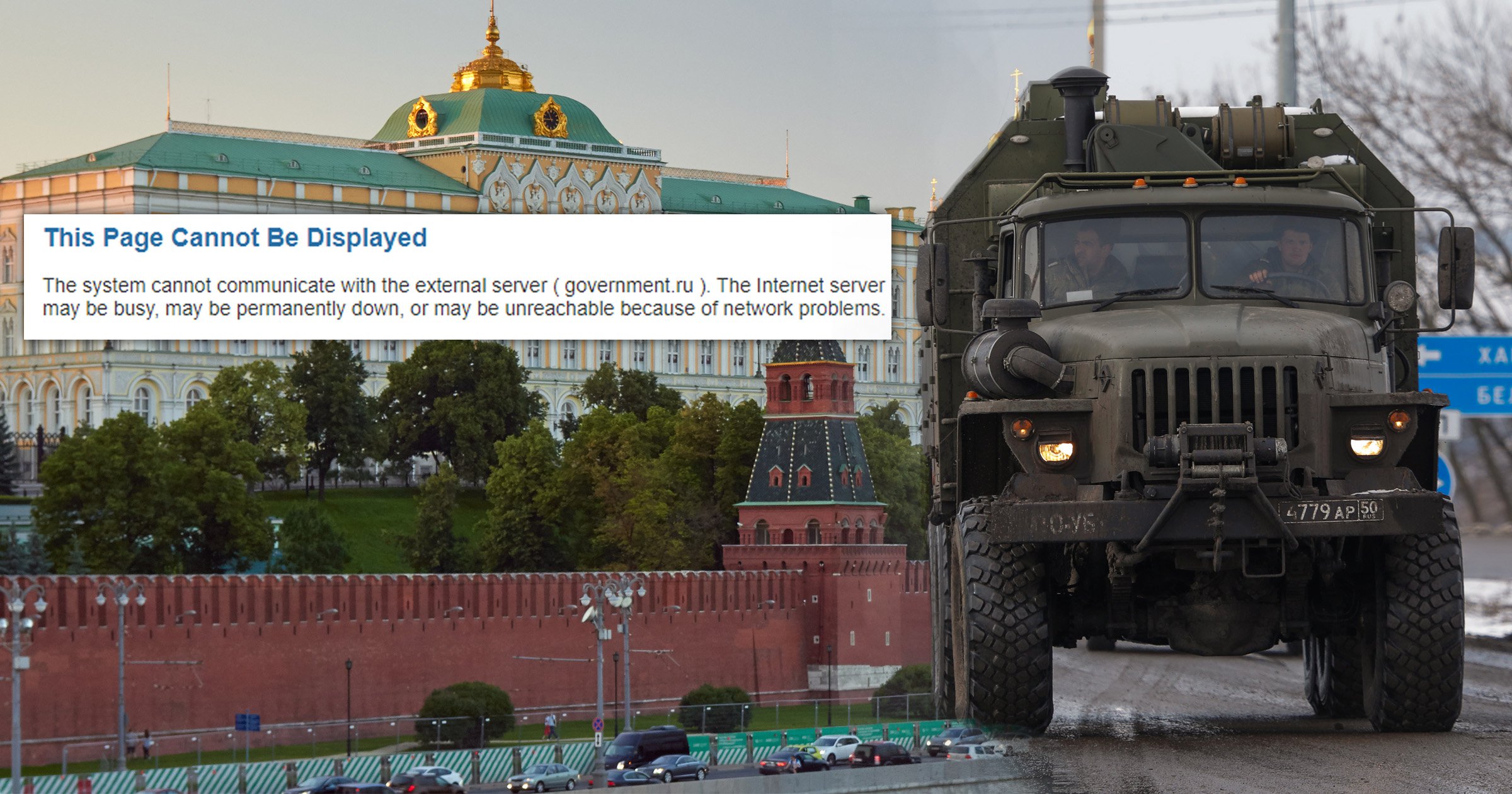 Russian government websites including the official Kremlin page were down on Saturday after reports of cyberattacks on multiple state media websites amid Russian President Vladimir Putin’s invasion of Ukraine.

The sites had the message: ‘This Page Cannot Be Displayed. The system cannot communicate with the external server ( government.ru ). The internet server may be busy, may be permanently down, or may be unreachable because of network problems.’

The hacking group Anonymous on Saturday morning tweeted it was ‘at war with Russia’ and to ‘stay tuned’.

Kyiv has also been struck with a ‘massive’ cyberattack on its government and banks.