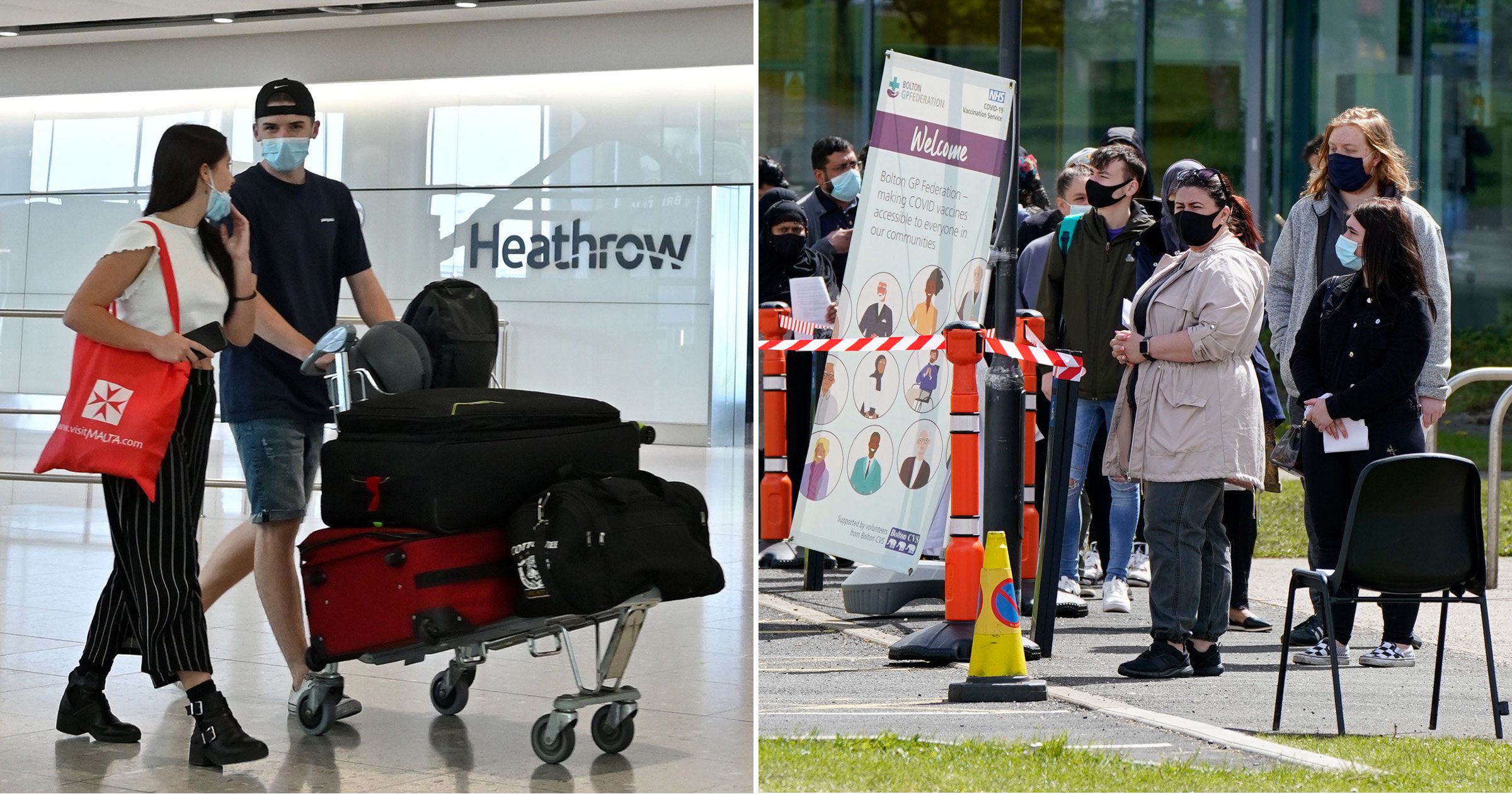 The Labour party has demanded international travel be halted immediately to ‘guard against further importing of dangerous strains’.

The party said the new traffic light system replacing the travel ban on Monday was causing ‘chaos’ and risked more dangerous Covid strains such as the Indian variant currently spreading in parts of England.

Fears that Britain’s exit from lockdown could be derailed by the Indian variant spiked after figures were reported suggesting it could be 50 per cent more transmissible than the Kent variant which drove the deadly winter wave.

Further data from Track and Trace has cast doubt on the estimate, and experts are increasingly confident the variant is no more resistant to the vaccine.

But Shadow Home Secretary Nick Thomas-Symonds said ‘confusion’ over the ‘amber’ category poses an additional threat to the end of social distancing measures scheduled for June 21.

In a statement on Tuesday, Mr Thomas-Symonds said: ‘The Conservatives’ border policies have unravelled into dangerous chaos within a matter of hours since international travel was opened up.

‘There is a lack of strategy, which has meant the U.K. Government, and their own Ministers, are giving out conflicting and confused advice about whether people are allowed to travel, especially between ‘amber list’ countries.

‘Labour has been clear that there should be a pause on international travel, to guard against further importing of dangerous strains, setting back hopes for ending restrictions.’

People are allowed to travel to countries on the amber list – which include France, Greece and Spain – provided they self-isolate and take a series of Covid tests on return.

Ministers warned against travelling to such countries unless necessary, yet thousands of people have reportedly already jetted off to them already.

Boris Johnson’s spokesperson defended the new system on Tuesday morning, saying it allowed people to travel for ‘unavoidable work reasons’ to countries ‘where we know there are concerns but we don’t have specific instances of variants of concern that we would want to place an outright ban on.

The Prime Minister has since reiterated warnings not to travel to amber countries for leisure purposes.

He said on Tuesday afternoon: ‘I think it’s very important for people to grasp what an amber list country is: it is not somewhere where you should be going on holiday, let me be very clear about that.’

People should only visit them if they ‘absolutely’ have to ‘for some pressing family or urgent business reason’.

Countries on the green list, such as Portugal and Israel, can be visited without any restrictions upon returning.

Nonetheless a health minister has urged the public not to holiday abroad at all this year.

Lord Bethell told Sky News: ‘Travelling is dangerous. That is not news to us or to the people who get on those planes in the first place.

‘We do ask people, particularly as we go into the summer, travelling is not for this year, please stay in this country.’