Sir Keir has been remarkably quiet on his party’s Brexit position since he became Labour leader in April.  However, the former Shadow Brexit Secretary has not always been so tight-lipped and is widely seen as having been a key architect in Labour’s slide towards backing a second referendum before the last election. Ever since the historic 2016 vote, he has always maintained that the will of the people must be respected ‒ but that has not stopped Prime Minister Boris Johnson calling him a “Remainer lawyer”.

His apparent U-turn on the issue has not gone unnoticed by senior members of Mr Corbyn’s team, either – Ian Lavery, Chair of the Labour Party between 2017 and 2020, claimed it triggers “tears of anger”.

Speaking to Lewis Goodall on BBC Newsnight this week, he said: “Well I’ve got to say it is fairly ironic to hear, under new leadership, get Brexit done.

“It brings tears to my eyes.”

Mr Goodall then asked: “Just tears? Or a bit of anger as well?”

To this, Mr Lavery said: “Both. Probably tears of anger.” 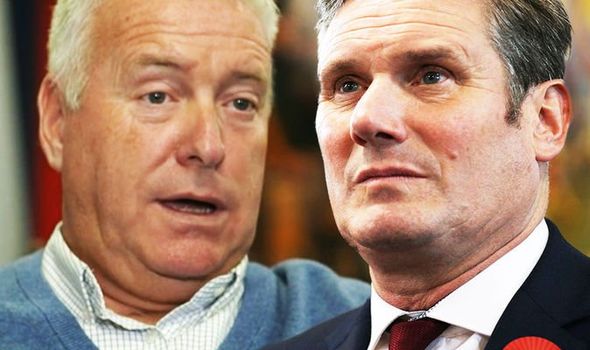 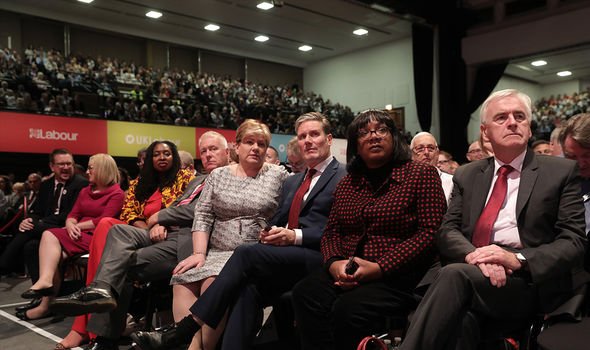 His frustration is perhaps unsurprising, given Mr Lavery was one of the most vocal members of Mr Corbyn’s inner circle warning against the consequences of Labour sliding towards a Remain position.

Indeed, he clashed with Sir Keir on the issue in a heated row, as reported in Gabriel Pogrund and Patrick Maguire’s book ‘Left Out’.

Mr Pogrund and Mr Maguire note that, in the run-up to the Labour Party conference in September 2018, the “Shadow Cabinet was fragmenting” on Brexit.

They write: “Mr Corbyn’s position had been not to take one ‒ so as to ensure the Shadow Cabinet and his own inner circle were united around the same one, whatever it was.” 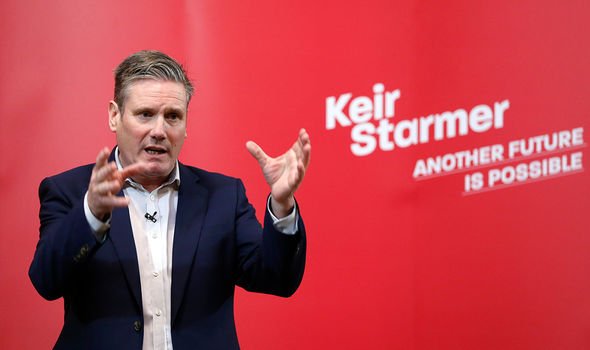 But as then Prime Minister Theresa May was finalising her proposed withdrawal agreement with the EU at the time, this approach was beginning to wear thin and “his oldest allies were wobbling around him”.

The book continues: “Once a strident Eurosceptic, Diane Abott had mellowed with the times and took the same line as Another Europe and voters and Labour activists in her constituency: the Brexit vote of 2016 was the result of a racist, right-wing project that all good progressives should resist.

“The impact a Tory Brexit would have on migration weighed particularly on Ms Abbott.”

This point appears to have been a view shared by other members of the Shadow Cabinet ‒ Sir Keir included, according to Mr Pogrund and Mr Maguire. 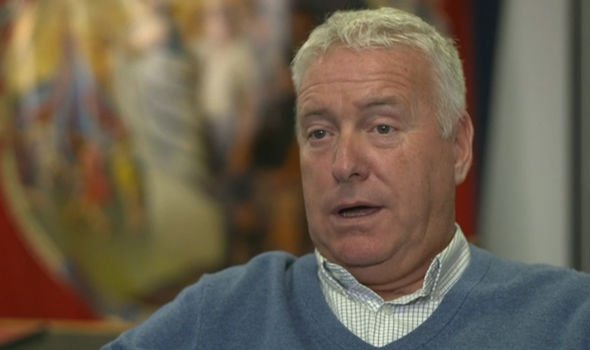 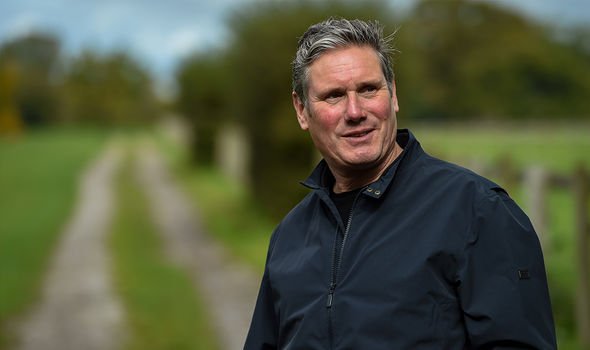 However, it met the wrath of Corbynites who represented Leave constituencies in Red Wall seats.

Along with Jon Trickett, Mr Lavery arguably foresaw the drubbing at the polls made inevitable by this perception of Brexit by senior members of a party intended to represent the working class.

Mr Pogrund and Mr Maguire note: “At meetings of the Brexit subcommittee she [Ms Abbott] argued alongside Emily Thornberry and Sir Keir in opposition to Mr Trickett’s and Mr Lavery’s axis of blokeishness.

“His rage did now cow Sir Keir; whose manoeuvres in the lead-up to conference would give Mr Lavery his answer.”

Labour went on to pass a motion at conference that would leave the door open to the party backing a second referendum. 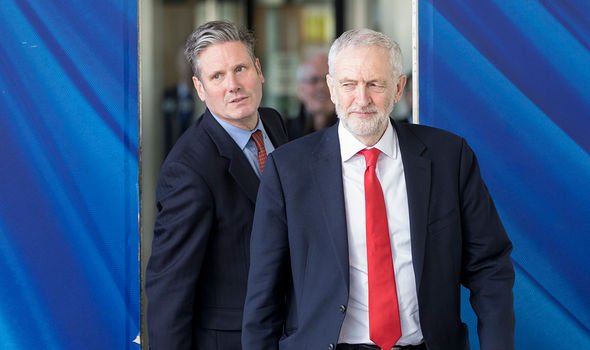 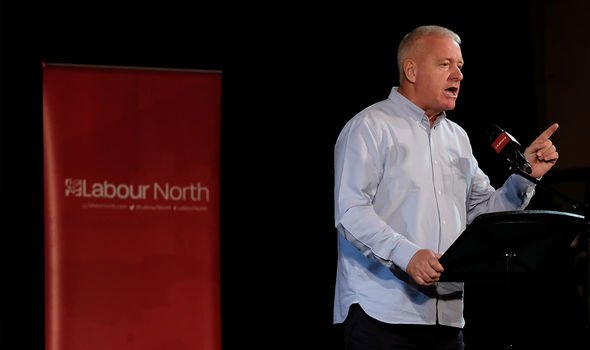 As Mr Lavery appeared to predict, the move was a disaster.

Labour was decimated in Red Wall seats ‒ across Wales and northern England ‒ and, although Mr Corbyn’s lack of personal appeal was a significant factor, Brexit was the key.

Mr Johnson was able to capitalise as he contrasted Labour’s ambiguity with a simple message: “Get Brexit done.”

He now finds himself in Downing Street boasting the biggest Tory majority since the days of Margaret Thatcher.

Sir Keir, meanwhile, has an enormous mountain to climb if he wants to return Labour to power for the first time since 2010.

‘Left Out’ was published by Vintage in 2020, it is available here.