Labour former shadow home secretary Diane Abbott said direct action is a “legal tactic” and added it would be “ridiculous” for the Government to reclassify Extinction Rebellion in the latest row over whether the group of climate change activists should be classified as a criminal organisation. She told Sky News’ Sophy Ridge on Sunday: “They’re not criminals, they’re protesters and activists in the tradition of the Suffragettes and the hunger marches of the 1930s.”

Commenting on his colleague’s statement, Labour MP Jim McMahon told Times Radio on Sunday: “I don’t think it’s helped the case if you like in terms of getting that wider public support.

“I think with all these things none of us should underestimate the crisis that we have with the climate emergency and the need to take an urgent action.

“But what we need to do is to bring the wider population on that journey so the individuals take the action that they need to reduce the impact on the environment on our every day lives.

“And of course Government needs to do far more.

“And I think when protests groups do things like this, I would say generally it isn’t where the public are.” 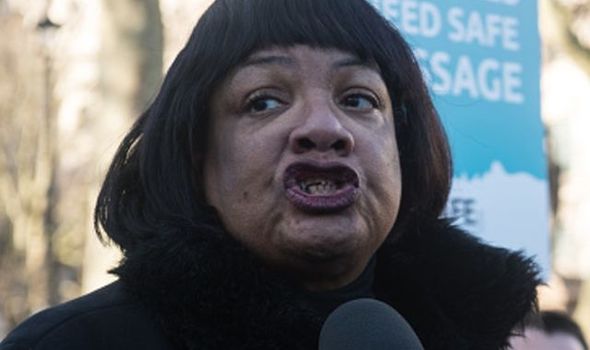 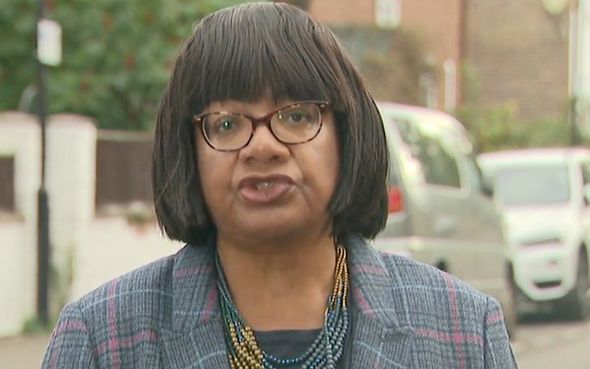 Ministers are mulling new protections for “tenets of democracy” such as courts and the press after an environmental protest prevented UK newspapers from reaching the stands.

Some newsagents’ shelves were left empty on Saturday morning after Extinction Rebellion (XR) protesters targeted Newsprinters printing works at Broxbourne, Hertfordshire, and Knowsley, near Liverpool, blocking the day’s papers from leaving the depots.

Sources have now confirmed Home Secretary Priti Patel wants to take a “fresh look” at how XR is classified under law after a stunt Boris Johnson deemed “completely unacceptable”.

The review could lead to XR being treated as an organised crime group, sources said, as part of a clampdown on its activities, which have included bringing cities across the UK to a standstill by forming human barriers along major roads, and by disrupting public transport.

Under additional proposals, Parliament, courts and the press could be given special status in regard to the key role they play in democracy, with the potential for police to be handed beefed-up powers to stop demonstrators entering designated areas outside such premises.

“It would be illegal to stop MPs going to vote or judges getting to court and it would also protect a free press,” a Government source said.

It comes after more than 100 demonstrators used vehicles and bamboo lock-ons to block roads outside the Newsprinters works on Friday evening, with both protests continuing until Saturday afternoon.

The blockade prevented delivery vans from leaving presses which publish the Rupert Murdoch-owned News Corp’s titles including The Sun, The Times, The Sun On Sunday and The Sunday Times, as well as The Daily Telegraph and Sunday Telegraph, the Daily Mail and Mail On Sunday. 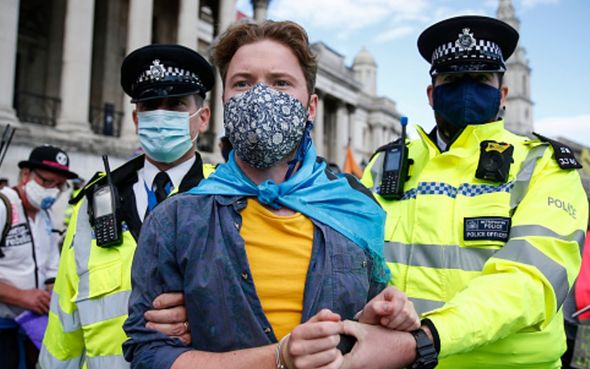 She told Times Radio on Saturday morning: “This is very worrying and I don’t really know what it is that is expected to be achieved and I know that for many older listeners it’s very much part of their daily life, getting their paper delivered in the morning, and I just think it’s wrong.”

Speaking to the same radio station, Conservative MP Tobias Ellwood claimed XR had “lost sight … of how to campaign” on a “very important issue”.

“The Government has done much itself but obviously could do more and we need to work with the people to get that message across so we all can be more aware of the carbon footprint that we create,” Mr Ellwood added.

“But what they’re doing here is to alienate more people. I fear the organisation itself has been hijacked.”