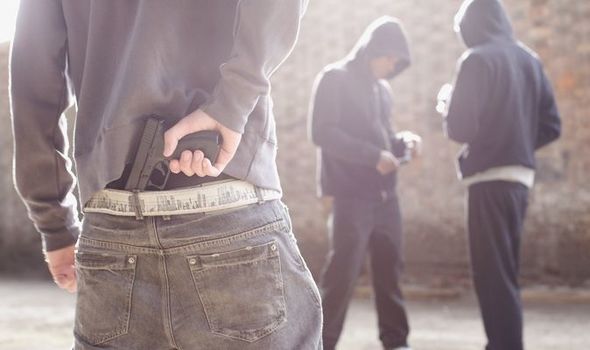 Some criminals are refusing to work with those dealers who exploit children, police insiders have revealed. Labour MP Lyn Brown now wants a legal strategy to “stop it for good”. Ms Brown said children in her constituency had been forced into crime by street gangs, with drug dealers higher up the chain turning a blind eye to the modern-day slavery created beneath them. The county lines “model” sees city gangs selling drugs in smaller towns, using dedicated mobile phone numbers.

They often take over the home of a vulnerable local addict to use as a base and use children as drug runners, believing them to be less likely to be stopped by police. Ms Brown, MP for West Ham, in east London, said: “In Newham, we have experienced dreadful damage to our communities by those who have criminally exploited our children.

“Between January 2017 and March 2018 we lost nine young lives in West Ham alone. Many of those murders related to the use of children by drug gangs. Organised crime has always done harm, especially in impoverished communities, but this is a fresh horror as this business model is new. Imagine what it’s like to be caught up in this as a child, like one of my constituents who was groomed by his neighbour.

“Three days before Christmas he did not come home. He called his mother the next night, frantic, whispering into his phone, telling her some men had him and he did not know where he was or what he could do. He was frightened for his life and he just wanted his mum. The exploitation of children is not inevitable if we have a strategy to stop it.”

A former Met detective involved in organised crime intelligence said some top-level suppliers “with morals” were already taking measures to exclude dealers known to have exploited children. He said: “They won’t sell to kids and anyone muscling in, or who tries to use them, will be blocked from supplies or grassed to the police.”

Last month, Ms Brown presented a private members bill to Parliament for its first reading, calling for child criminal exploitation to be an aggravating factor in drug supply sentences. She also called for a review of sentencing guidelines to create “criminal liability in relation to child exploitation for organised criminal offenders”.

She said: “If someone serves just five years of a 10-year sentence, but has made £2million, that is not a very big price to pay. But if it becomes 10, 15 or 20 years – that is very expensive to them.

“People are living lives of luxury on the backs of children’s deaths and they cannot claim they do not know how the drugs are being supplied. Over the next decade we must make the criminal exploitation of children a very aggravating factor during sentencing to make it too expensive for them to continue using children in this way.”

The Home Office said its county lines programme had closed 1,500 supply routes and made 7,400 arrests, with the safeguarding of more than 4,000 vulnerable adults and children. Home Secretary Priti Patel said: “It is clear that the drugs trade is still driving so much crime – we must do more to prevent these ruthless gangs ruining lives, tearing apart communities and exploiting young people.”