The subject of royal babies’ birth certificates has been a hot topic in recent weeks after it emerged Meghan Markle and Prince Harry’s son Archie’s birth certificate was changed three weeks after it was registered. The Duchess of Sussex had her given names ‘Rachel Meghan’ removed, leaving just ‘Her Royal Highness The Duchess of Sussex’, while Harry had ‘Prince’ added to his name, which was previously omitted. There were various theories as to why the couple might have made the changes, but they quickly hit back with their own claim that it had been “dictated” by the Palace.

In fact, it was one that helped unite the family, as she was the first royal to have the surname Mountbatten-Windsor on her birth certificate.

It was announced by Buckingham Palace on November 27, 2003, that the Wessexes’ daughter would bear the surname Mountbatten-Windsor, although she is styled as the more memorable Lady Louise Windsor. 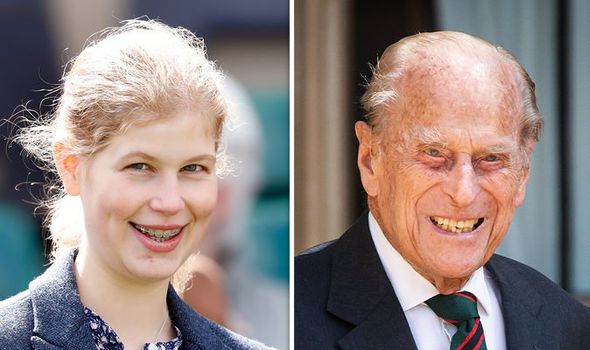 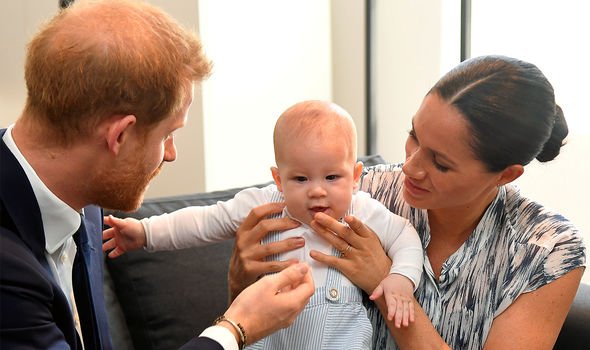 It was due to a historical dispute between the Duke of Edinburgh and the Queen that this was such a big deal for Philip.

The Queen’s husband always wanted his descendants to bear his name, but it was complicated by the fact that his wife was the Queen.

When his first child Prince Charles was born in 1948, Philip was told that he would not use his surname, as is the usual way with children taking their father’s surname.

The Duke reportedly shouted: “It makes me an amoeba, a bloody amoeba”. 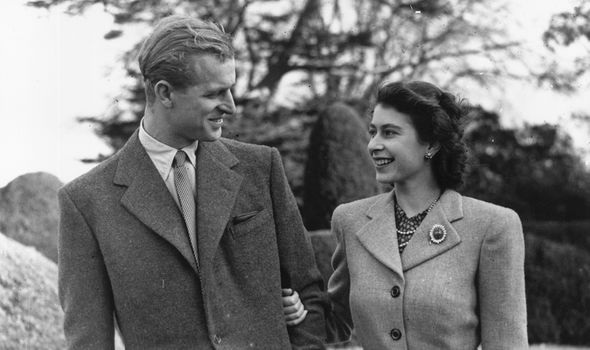 When the Queen came to the throne in 1952, Winston Churchill’s Cabinet put pressure on her to continue using Windsor, which was chosen by King George V in 1917 to replace the German name Saxe-Coburg and Gotha, because of the anti-German sentiment at the time.

Although she sympathised with her husband’s wishes, the Queen agreed that her descendants “should continue to bear the family name of Windsor”.

Philip complained that he was the “only man in the country not allowed to give his name to his children”.

However, in 1960, the Queen made the concession that those of her descendants who were not entitled to HRH style, not a prince or princess, or a female descendant who had married, could use the Mountbatten name.

It took 57 years for a child to be born with these criteria met and it was Louise. 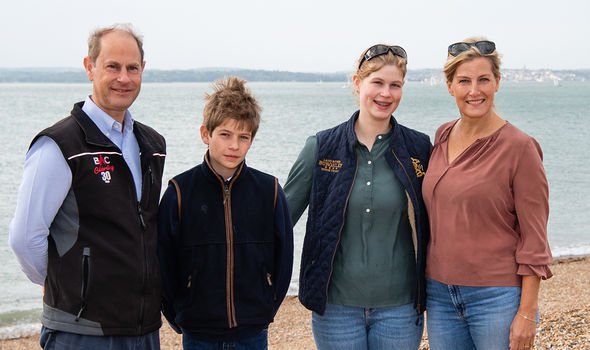 Her parents Edward and Sophie had decided not to give her HRH titles and so was the first to take Philip’s name.

The Earl and Countess’ decision was seen as both an opportunity for their children to have a more normal life, and as a gesture of affection towards the prince, who is known to be close to them.

In fact, it is believed that Edward will take on the title of Duke of Edinburgh when his father dies.

It is also believed that Louise is the Queen’s favourite grandchild, and that she has a special connection to the Duke due to their shared love of carriage driving.

Philip was so determined to pass on his name in part because, in order to marry the Queen, he had already had to renounce his born title, give up his Greek nationality and become a naturalised Briton citizen.

The indignity of not being able to pass on his name as well was apparently too much for him.

His name was also one of the few things that connected him to his family.

His family had fled Greece when he was just a baby after an anti-monarchist revolution and grew up in exile, with his father in the French Riviera, his mother in a mental health facility, and his older sisters all marrying German aristocracy.

His uncle Lord Mountbatten of Burma persuaded him to adopt his mother’s surname until he married the Queen and became the Duke of Edinburgh.

Lord Mountbatten was a strong figure in the family and a mentor to both Philip and Charles, but he was murdered by the IRA in 1979.

Louise’s full names contain tributes to numerous other royals including her middle name Alice, a nod to Philip’s mother Princess Alice, Elizabeth, a nod to the Queen and the Queen Mother, and Mary, a nod to Sophie’s mother Mary Rhys-Jones, as well as Queen Mary, mother to King George VI.