Watched by a smiling Queen, Louise’s moving tribute to Philip at the Royal Windsor Horse Show yesterday was in stark contrast to her grief-stricken appearance at the Duke of Edinburgh’s funeral three months ago. Like her grandfather, who died in April aged 99, the 17-year-old daughter of the Earl and Countess of Wessex is a keen equestrian who relishes competing in carriage-driving competitions.

Philip taught Louise’s mother Sophie to drive a team of horses and she passed on her love of the event to her daughter.

In a smart green outfit with matching hat, the Duke’s youngest granddaughter wowed royal watchers at the five-day Berkshire event.

Philip left his newest carriage to Louise in his will. And, adopting his fearless style, she drove confidently around the grounds at the Champagne Laurent-Perrier Meet of the British Driving Society.

The Countess said while she and Prince Edward, 57, are “protective” of their daughter, they realise that at 17, she has to be allowed to “live her life”.

Sophie said it was entirely Louise’s choice not to follow the social media craze. 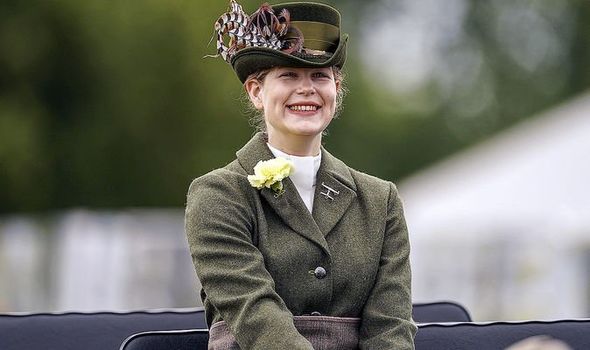 She told BBC radio: “I wouldn’t deny her going on to it. But she’s not really that interested in it.

“There’s a few platforms that she talks to her friends on.

“But that’s basically it. She doesn’t put anything out about herself at all. 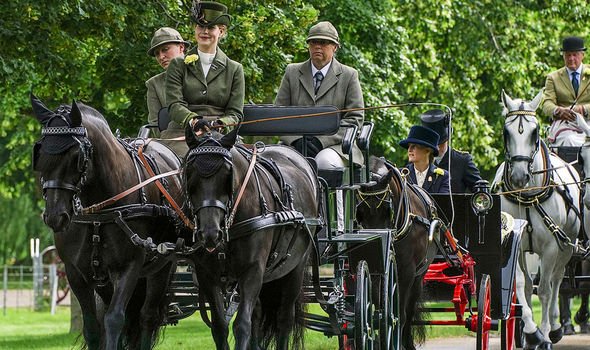 The Queen, 95, drove herself and several guests to the show in a Range Rover on Saturday.

And she was clearly delighted to see contestants back in action – after the pandemic forced last year’s event to be cancelled.