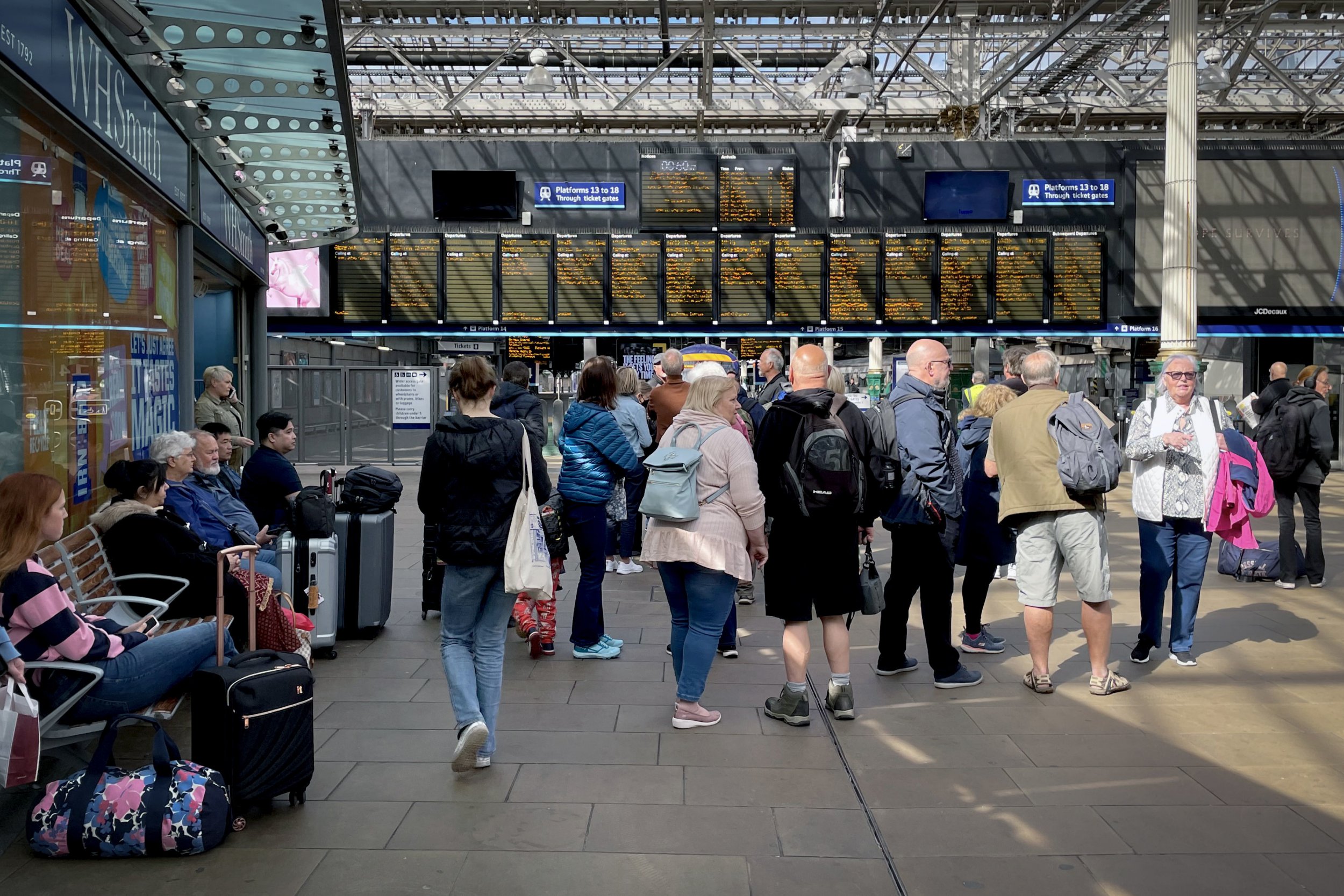 The ‘vast majority’ of rail services across Scotland will be axed on Saturday after a last-minute strike was confirmed.

Bosses warned of ‘widespread disruption’ as more than 2,000 ScotRail workers walk out for 24 hours over an ongoing pay dispute.

Thousands of rugby fans had planned to travel to Edinburgh to see Scotland take on Australia in its first autumn international.

But all ScotRail routes will be closed except for three linking Glasgow to Lanark, Larkhall and Edinburgh which will operate limited services between 7.30am and 6.30pm.

Services connecting Scottish cities with the rest of the UK are still running but demand is expected to be higher than usual.

The strike was agreed after the RMT union rejected the latest pay offer from ScotRail, who vowed to withdraw the deal if this weekend’s strike goes ahead.

Publicly-owned ScotRail said the offer would have seen its lowest paid staff receive a basic pay increase of almost 7.5%.

The RMT union’s Scottish wing said the operator ‘refuses to offer a cost-of-living pay increase’, and that the latest increase ‘falls well short of where we need to be as inflation RPI is sitting at 12.2%’.

The headline inflation figure given by the CPI index currently stands at 10.1%, while RPI has been rejected as a natoinal statistic as the ONS considers it a ‘poor measure’ which often ‘greatly overestimates’ price changes.

Phil Campbell, ScotRail’s head of customer operations, said: ‘It’s really disappointing that the RMT has refused to put this improved offer to its members so they can have a say.

‘Further strike action has a damaging effect on the railway’s recovery at a time when we should be encouraging more people to travel. Instead, our customers are being severely impacted and our staff are losing out through lost wages.”

‘Regrettably, we won’t be able to operate the vast majority of our services on Saturday October 29, and customers should expect significant disruption to services due to the large proportion of ScotRail staff who are members of the RMT trade union.

‘We’re advising customers, including rugby fans intending to travel to Scotland’s first autumn international at Murrayfield, to seek alternative means of transport and to only travel by train if they really need to.’