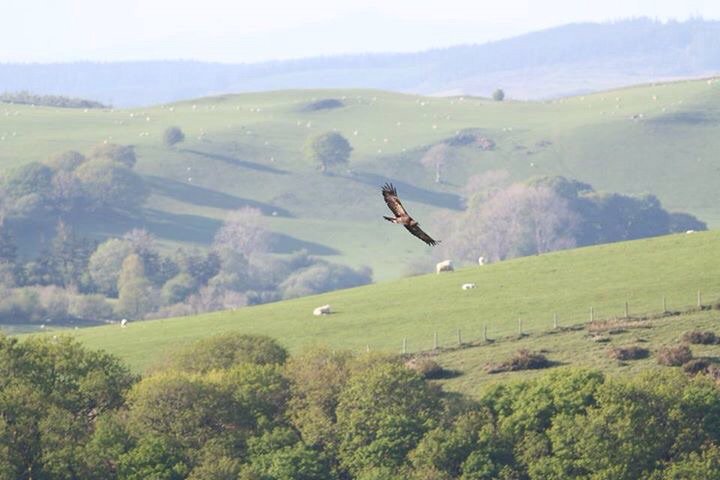 The last surviving golden eagle in Wales was found dead after eating rat poison, it has been revealed.

It was found dead by a walker last summer after surviving around 12 years swooping remote Welsh hills and valleys.

A post mortem revealed the bird had also been shot twice before its death near Tregaron, in the Abergwesyn Valley, but survived.

Further toxicology results showed rat poison may have contributed to the bird’s death after a ‘high concentration’ was found in its liver.

The Welsh Government said the poisoning was probably accidental, and the amount was ‘similar to those seen in other raptor species, such as buzzards’.

Springwatch presenter Iolo Williams was left heartbroken by the news after spending weeks tracking the golden eagle for a BBC series.

An initial post mortem listed the bird’s death as systemic Aspergillosis, a fungal infection, but X-rays released after a Freedom of Information request showed it had been shot at least twice.

Williams said: ‘Having filmed this amazing bird, I was absolutely gutted to find that she had been found dead.

‘The landowners in and around Tregaron where the bird set up home are also saddened and, to a person, were delighted to have the eagle around.

‘Unfortunately, the discovery of lead shot in her leg shows that there are still far too many idiots out there with shotguns who will shoot at absolutely anything.’

Williams said it was ‘highly unlikely’ anyone living locally had shot the bird because they appreciated her beauty.

He added: ‘I’ve spoken to so many landowners who were delighted to have the bird in their area. It just goes to show there are some people carrying shotguns who shouldn’t be carrying guns at all.

‘I’m absolutely gutted that the bird has gone and can’t help feeling that we’ve lost an opportunity to get a mate for her.’

The bird was already something of a local celebrity, with a dedicated Facebook page recording sightings, but she often went unseen for months at a time.

It originally lived in captivity before being released into the wild. She was collected by a member of the BBC crew who got it registered in the Wildlife Incident Investigation Scheme run by the Welsh Government.

The golden eagle, with a wingspan of up to 2.2 metres, has been largely extinct from England and Wales since 1850, with the only UK stronghold remaining in Scotland.