Laura Kuenssberg was the first woman to ever hold the role of political editor with her career at the BBC beginning in 2000. The 46-year-old is now hosting a new BBC programme on a Sunday morning, Sunday with Laura Kuenssberg. The programme is replacing Andrew Marr’s Sunday morning show after the former political editor at the corporation left after 21 years. The 63-year-old presented his flagship news programme The Andrew Marr Show for 16 years.

But he decided to leave the corporation in a bid to “get his own voice back”.

Ms Kuenssberg is now taking the reins following a reshuffle of the broadcaster’s staff.

Writing on social media in March, welcoming the news, Ms Kuenssberg said: “I’m extremely happy to say that I’ll be in the BBC politics chair on Sunday mornings from September.

“It’s a genuine honour and real thrill to be working with an amazing team on the show, can’t wait to get started!” 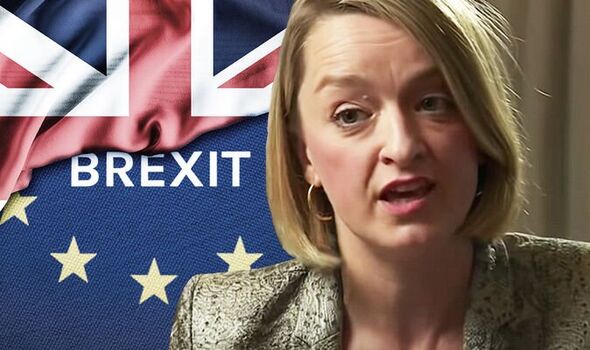 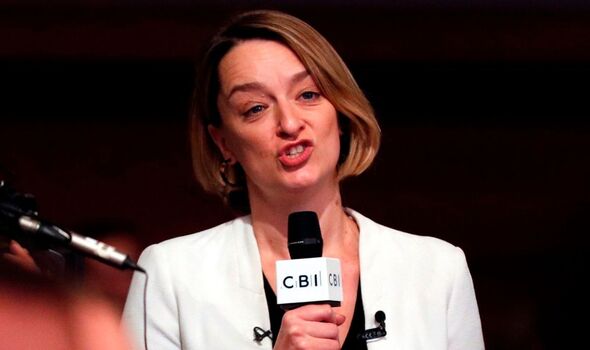 During her time as political editor, Brexit was a huge part of Ms Kuenssberg’s brief.

The former Newsnight correspondent was often on the sidelines of the UK-EU negotiations in London and Brussels.

She was also one of the presenters of the BBC’s ‘Brexitcast’, the weekly chat show about the UK’s departure from the 27-member bloc alongside Chris Mason.

In April, it was announced Mr Mason – who previously hosted Any Questions – would be taking over Ms Kuenssberg’s political editor role.

When Ms Kuenssberg was leading the BBC’s political coverage, her reporting on Brexit earned her a Broadcaster of the Year award from the Political Studies Association six years ago.

Ms Kuenssberg won the prestigious award in recognition of her reporting on the UK’s referendum on EU membership in June 2016 and its fallout. 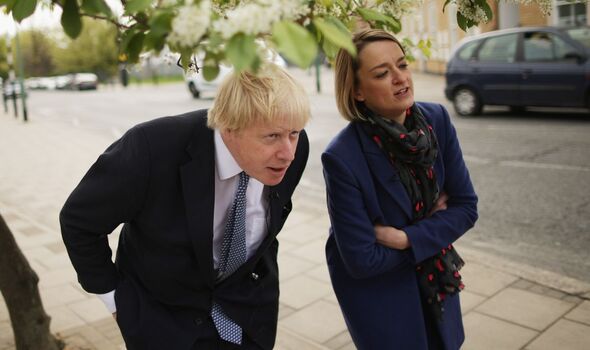 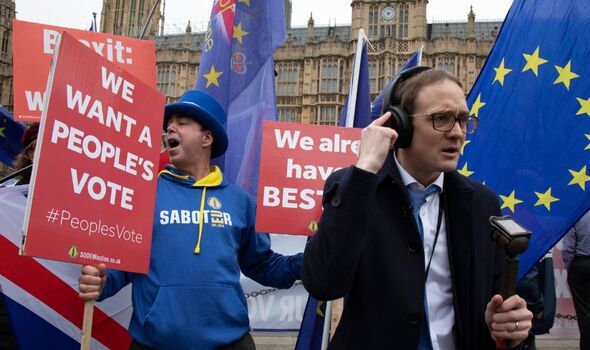 But after scooping the award, Ms Kuenssberg let slip her true feelings about the British public’s decision to part ways with the EU in the landmark vote.

During the vote, leave supporters won by 52 percent to 48 percent.

While she accepted the award, Ms Kuenssberg admitted that the UK’s departure from the EU did not come as a shock to her.

Not only was she unsurprised by the result, but Ms Kuenssberg said politicians knew it was coming too, but did not want to face the truth.

She said: “I don’t think I called it but it didn’t surprise me because we had been on the road for months before the result, not just during the campaign.

“And we picked up that lots of people felt that [voting to leave] is what they wanted to do. 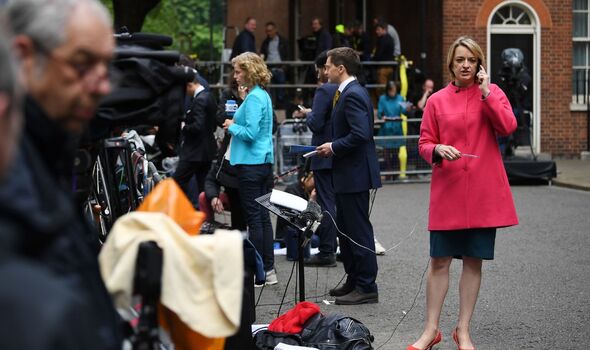 “It’s kind of as simple as that – you knock on the door and people tell you something. And lots of politicians knew it was coming as well, but they didn’t necessarily want to say it publicly.

“Clearly our decision to leave the EU is the biggest political decision we will take as a country for decades.

“Although those are, of course, huge stories too – and you’ve seen politicians grappling with that and they don’t really know what to do.

“We are also in an era where the pundit class has been proved wrong so many times that it’s ok to be a political journalist and say ‘I don’t know’.”

The first “Sunday with Laura Kuenssberg” will air on BBC One at 9am on September 4.