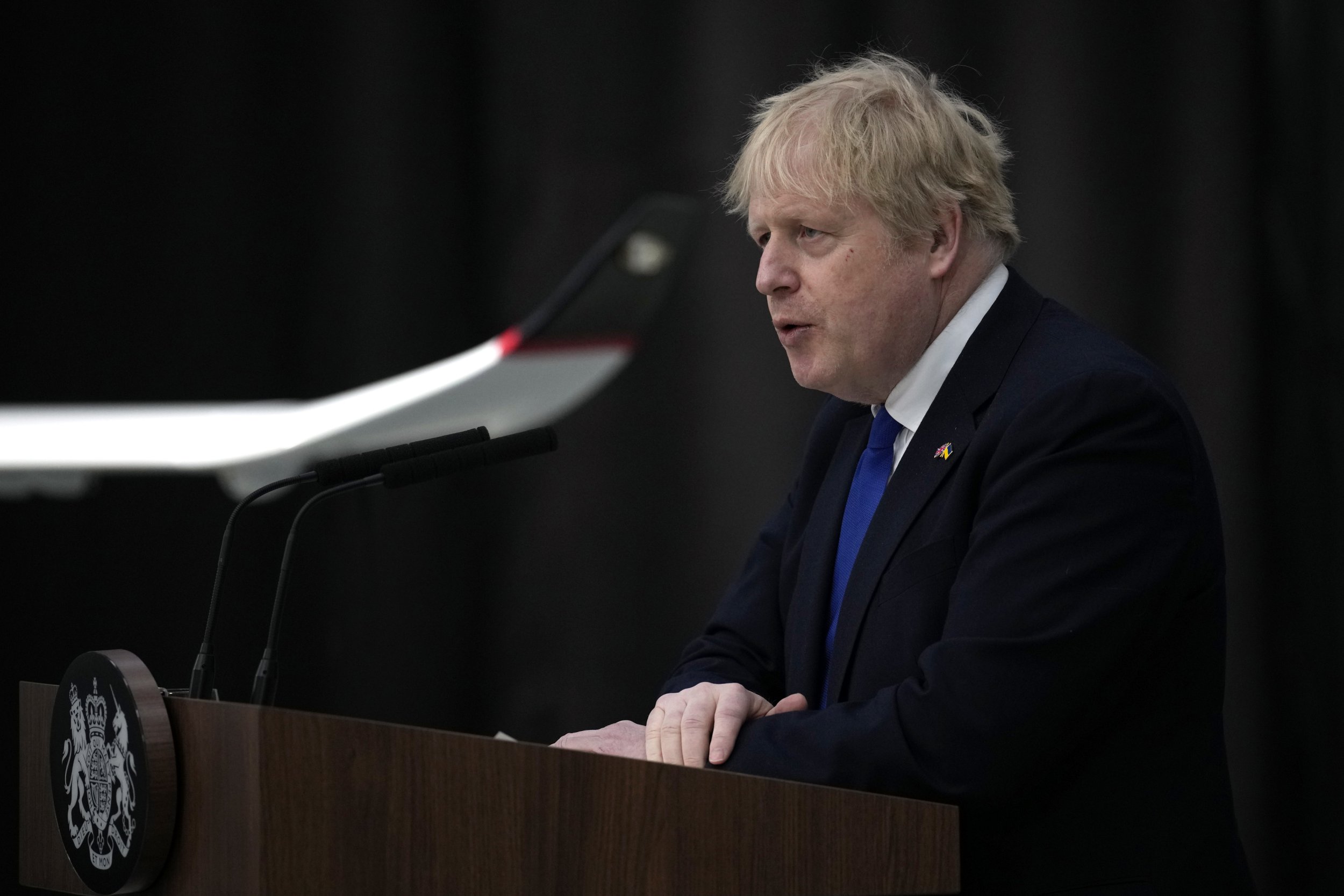 Boris Johnson is dodging questions after he was criminally sanctioned over lockdown parties in Downing Street.

The Prime Minister was repeatedly asked if he has the ‘moral authority’ to govern after the Met Police fined him for breaches of Covid regulations he set himself at the start of the pandemic.

But Mr Johnson refused to directly answer each question, instead promising to deliver his response to MPs in Parliament next week.

The PM travelled to the coastal town of Lydd in Kent to unveil a controversial plan to send asylum seekers to Rwanda as he battles to stay in power.

It has been blasted as ‘racist’ and called a ‘dead cat’ to distract the public from widespread law-breaking under the PM’s nose during lockdown.

Chancellor Rishi Sunak and Mr Johnson’s wife Carrie were also fined by the Met earlier this week, while the PM is potentially facing at least another three fines over the partygate saga.

If further fines are issued, it will raise more questions about whether Mr Johnson’s future in No 10 is tenable.

His law-breaking has given him the dubious distinction of becoming the first sitting Prime Minister to ever do so, but he and Mr Sunak have rejected calls to quit.

His wife Carrie, and Mr Sunak, were also reprimanded. All three have apologised and paid the £50 fee.

The Met suggested Mr Johnson was there for an hour, but his allies claimed he was only there for ten minutes.

Mr Johnson said himself that ‘it did not occur to me that this might have been a breach of the rules’ – rules which he made.

But that defence may be seen as increasingly ridiculous if more fines are dished out.

He is alleged to have been at six of the 12 gathering being investigated by the Met.