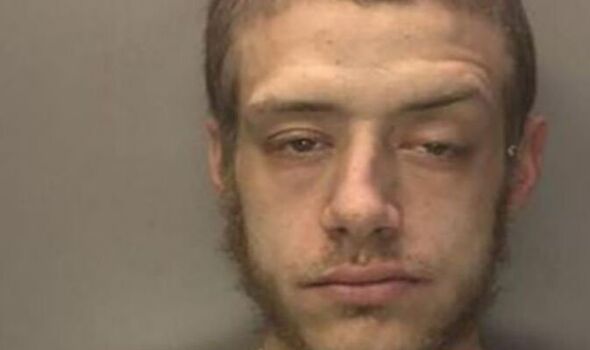 Jordan Emery thumped the 61-year-old man with such force he lost a tooth and he then searched his pockets, stealing his phone, wallet and bank cards in Coventry city centre. A court heard Emery was arrested just two hours later after CCTV tracked him through the heart of the city, and he was then linked to a previous robbery and three shameless burglaries.

But Emery was sentenced to five years in jail earlier this month after admitting two robberies, two burglaries and an attempted burglary.

Warwickshire Justice Centre heard the victims of the robberies were walking home when they were targeted and were left traumatised.

The first of which happened on March 31 again in the city centre, Coventry Live reports, where Emery punched a 26-year-old woman in the face and pushed her against a wall. He then stole her bag and ran off.

Following the sentencing, PC James Rees from West Midlands Police CID, said: “This was a traumatic experience for both victims who were simply walking home when they were attacked by Emery. I hope they find some comfort in this sentence.

“The joint work that led to Emery’s arrest demonstrates the excellent partnership we have with our partners at Coventry City Council and CCTV operatives around the city. A big thank you to them for their help.”

The court heard Emery, from Edgwick, Coventry, also smashed a communal door to student accommodation where he stole a TV on March 16.

The yob also broke into the room of a student and claimed to be doing room checks, although nothing was taken.

He was also later identified through CCTV as being responsible for an attempted burglary at a water park in Coventry.