Speaking to Express.co.uk he revealed he’s held discussions with Tory MPs from the newly formed ‘Common Sense Group’, spoke of his anger at his children being “highly politicised” and argued “we don’t have a conservative government”. He also talked about the toll political activism has taken on his acting work admitting his opponents may have “succeeded in destroying my career”.

Currently the Reclaim Party is in the process of formally registering with the electoral commission. 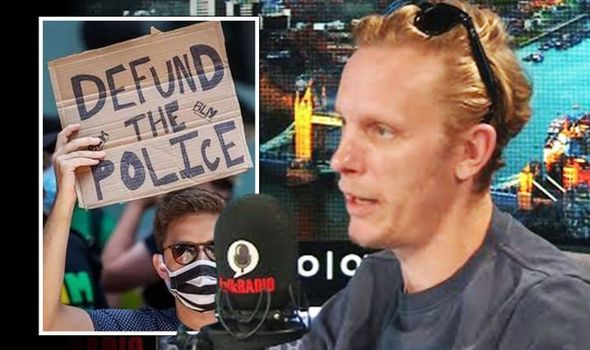 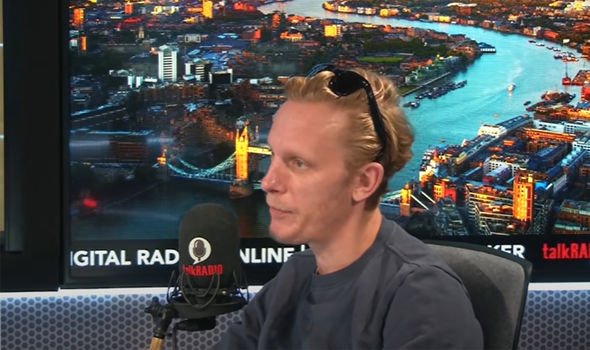 Clips of the exchange went viral on social media clocking up well over a million views.

Speaking to Express.co.uk Mr Fox admitted he had been shocked by the reaction commenting: “I was totally surprised because I know the view I was expressing is an extremely commonly held view in the country.

“As an actor you work with all sorts of people; from chippies to sparks to actors and actresses.

Asked whether some actors had privately indicated they support his views Mr Fox replied: “Oh of course there are loads! But the ones that are the worst aren’t necessarily always actors, the ones that will really have a go at you on Twitter and then in your private DMs they will go ‘oh I’m only doing it because that’s the view that I’ve got to have’.

“Slagging you off in public and then apologising, or at least justifying their position in private. 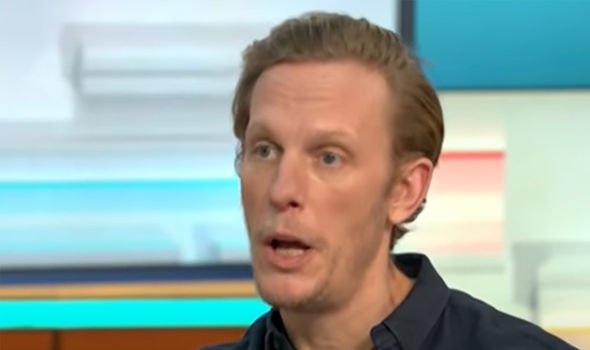 “It just goes to show that’s where we’re at in this very self-censorious monochrome mono-cultural world that we’re in.”

Following his appearance on Question Time tweets were posted on Twitter by Equity, the actors union, branding Mr Fox a “disgrace”.

Mr Fox admitted attacks following his comments could have had an impact on his career.

Referring to the advocates of ‘woke’ politics he said: “That’s why they’re so fragile intellectually – once you start to slightly remove racism from the conversation, with some truth, they really struggle.

“Then in my case they just shot “racist scum, racist scum” at me all day. 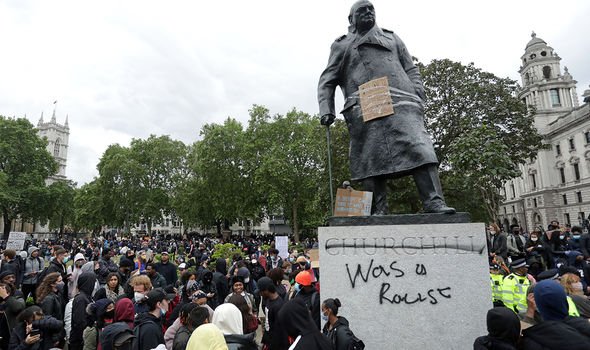 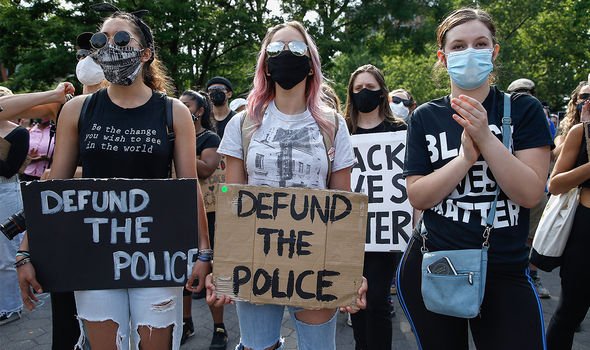 “And I’m just like well ok – you’ve succeeded in destroying my career because it’s such a horrible career ending slight to be called a racist but you have no evidence for it but all you’re actually doing is motivating me to challenge your ideology because I don’t want my kids growing up in a world where they’re too scared to speak.”

Asked whether he thought the controversy had destroyed his acting career Mr Fox replied: “Who knows?”

Mr Fox is particularly critical of the rise of radical identity, or woke, politics which he believes is causing a worrying racialisation of British politics.

This includes the notion of ‘white privilege’, the argument that all white people in the UK and US regardless of their socio-economic status are born with a structural advantage over other groups.

Referring to ‘woke’ ideology Mr Fox said: “It is a religion. It’s 100 percent a religion.

“Also it doesn’t stand up to scrutiny – sit down with a woke person and let them speak for long enough they tie themselves in knots in minutes.

“I think it’s on an exponential march. It’s everywhere.”

Mr Fox also noted the impact this is having on his own family stating: “My kids, as an example I know are highly politicised from a very very young age and it’s not a good idea to do it.

“My children will say things that I’m astonished they will say.”

In an effort to fight back against this culture Mr Fox launched the Reclaim Party, which is currently considering standing candidates in future elections.

He explained: “The reason why we exist is to offer people an alternative and the chances of being elected to Parliament, pretty small, chances of being able to effect politics – pretty large I’d say. 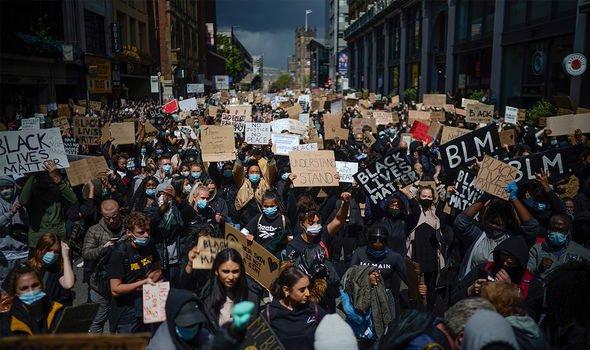 “I feel like I have a duty to do this. I think the point of Reclaim is people know what’s going on anyway in their own hearts.

“What I stand for is essentially what I learned around the dining table when I was a kid. Which is good manners, the ability to speak freely, to be able to robustly argue your position and have that position robustly disagreed with in a balanced and enjoyable way and to leave that table as friends and for it not to be the end of your relationship.

“Those sorts of values; fairness, freedom, common sense, all of these values do need to be reclaimed because nobody has reclaimed them for us.”

Currently 59 Conservative MPs are members of the Common Sense Group (CSG), a new faction which launched over the summer to fight the “woke agenda” and its “rewriting history”.

Mr Fox revealed he has been in contact with CSG members and believes his party is already having an impact on the Conservatives.

He said: “I have spoken to a few of them.

“And I’m interested that even by my existence, maybe this is arrogant, I noticed the Tories became markedly more Tory quite quickly when we announced.”