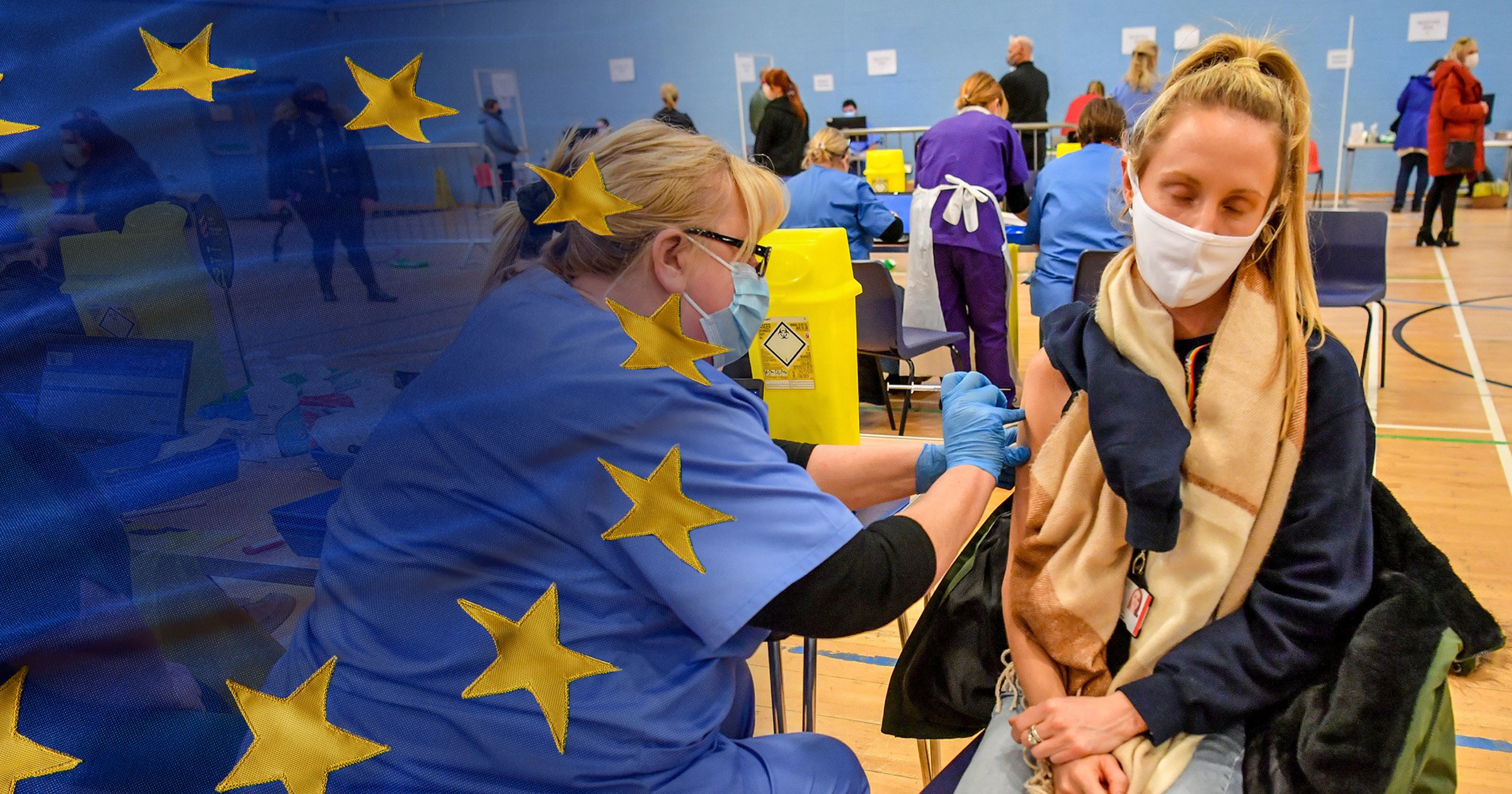 A top commercial lawyer has said the EU is in a ‘legally unsustainable’ position after details of its contract with vaccine firm AstraZeneca were published.

The bloc made the deal with the drugs company public earlier amid an ongoing row about the number of doses being supplied.

AstraZeneca say they are only able to provide the EU with 31 million doses in the first three months of the year, rather than the 80 million agreed as part of an advance purchasing agreement.

A production glitch – said to be at a hub in Belgium – has held up deliveries and the EU has called for doses to be diverted from the UK to make up the shortfall.

Boss Pascal Soriot has said the contract only committed his company to meet the EU’s demands to its ‘best effort’.

Steven Barrett, a lawyer with the Radcliffe Chambers, said this is born out in the small print.

Studying the text of the document, Mr Barrett told MailOnline the contract does not entitle the EU to the jabs – as has been claimed.

‘The EU’s public position is legally unsustainable, and they have made public comments that are demonstrably wrong,’ he said.

He pointed to section 5.1 of the deal, telling the website that it ‘clearly shows’ the company is only under a ‘Best Reasonable Effort’ clause to supply the EU.

Mr Soriot has said: ‘our contract is very clear: Our commitment is, I am quoting, ‘our best effort’.

Clause 6.2 of the contract states that ‘competing agreements’ signed by AstraZeneca might affect the supply of vaccines to the EU.

‘I believe the EU is publicly asserting that it now has a right to jump the queue and take doses that belong to other people. That is expressly wrong,’ he added.

The commercial row bubbled over into a diplomatic one on Friday with the European Commission tightening the rules on the export of vaccine doses produced in the 27 EU countries.

The ‘vaccine export transparency mechanism’ will be used until the end of March to control vaccine shipments to non-EU countries.

The EU insisted the measure was not an export ban, with officials stating the move was intended to ensure member nations receive the shots they bought from vaccine producers.

Moves to temporarily override part of the Brexit deal’s Northern Ireland Protocol, to stop vaccines getting to the UK through the ‘back door’ has angered those in both Westminster and Stormont.

The EU has today approved the use of the AstraZeneca vaccine – which was developed by Oxford University scientists – despite concerns that it had not been tested on enough over 65s.