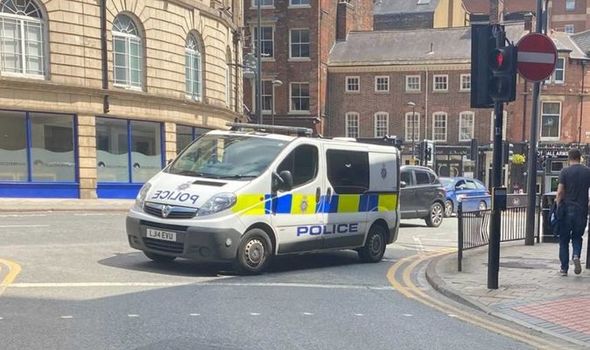 West Yorkshire Police said they are currently dealing with a “suspect package incident” in the mail at Asda House.

All staff have been evacuated and a cordon has been put in place.

A spokesperson said: “Police are currently dealing with a suspect package incident in Leeds city centre.

“At 11:12am today, police were called to a report of a suspect package received in the mail at Asda House, in Great Wilson Street, Leeds.

“Staff have been evacuated and a cordon has been put in place as a safety precaution.

“Road closures are in place in the area, including Great Wilson Street and Neville Street and people are advised to avoid the area while the incident is ongoing.”

Several other nearby buildings have also been evacuated, according to a report from Leeds Live.

Our reporter on the scene said: “The fire alarm in the BT building has just gone off and they’ve been told to evacuate.

“Also, I saw police officers going into the One Embankment building so I’m guessing they’ve asked them to do the same.

One person who works in a nearby office told Leeds Live: “It was all very scary. All these police turned up and shut down the road.

“It was all very sudden and we didn’t know what it was about.”

“People kept trying to walk down the road and police kept turning them away.”