Aiyawatt Srivaddhanaprabh, known as “Top”, wrote on Instagram that he had been touched by “overwhelming support” from fans after the crash on Saturday.

He wrote: “What happened made me realise how important my dad was to many people all over the world and I’m touched by how many people kept him close to their hearts.

“I’m extremely proud to have such an extraordinary father. From him, I have received a very big mission and legacy to pass on and I intend to do just that.

“Today, he has left me with a legacy to continue and I will do everything I can to carry on his big vision and dreams.”

It comes after a senior air crash investigator told Sky News the crash began with a failure of the helicopter’s tail rotor.

New footage has emerged of the helicopter’s final moments before it came down outside the King Power Stadium, killing Vichai Srivaddhanaprabh and four others on board: Nusara Suknamai, Kaveporn Punpare, Izabela Roza Lechowicz and pilot Eric Swaffer.

Tony Cable, who has watched the footage, said after what appeared to be a normal take-off, there came a point where “you start to see white pieces flying away”.

He added: “You could say maybe it’s from the rear end and there’s quite a number of them as this continues.

“It could be part of a rotor blade, certainly a possibility, particularly given what happens after that, which is that it starts rotating in the opposite direction from the main rotor, which is what you’d expect if you lose tail rotor thrust.”

He said that in this situation a helicopter pilot would normally take the power from the engines off the main rotor before entering a controlled descent and an engines-off landing. 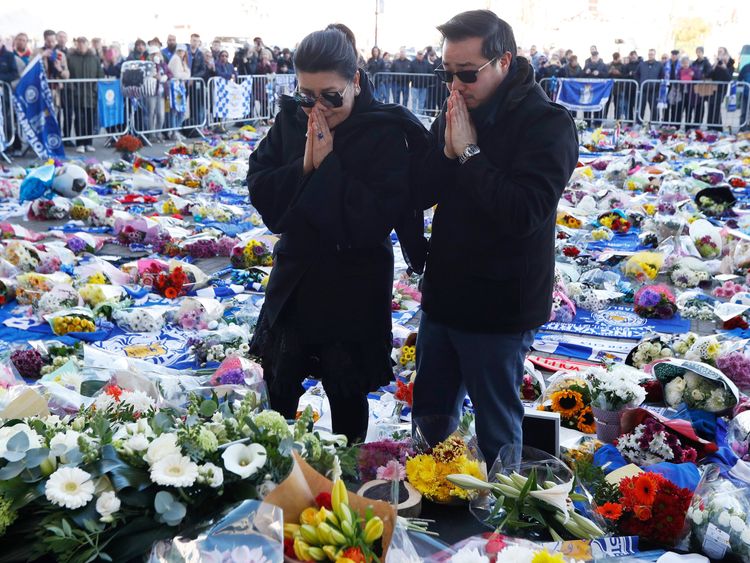 But it may have been too late for the helicopter carrying Mr Srivaddhanaprabh, as it was already “clearly way out of control”, Mr Cable said.

“There appear to be pieces flying around – quite a number of them – which would be consistent with a tail rotor breaking off.

“If you lose a substantial portion of the rotor blade, you get a very large imbalance because you’re still flying around on the other blades, so that would pull the whole tail rotor off the aircraft.”

While this situation may not usually have been “catastrophic”, the recovery technique mentioned was dependent on the height and air speed of the AgustaWestland AW169, Mr Cable said. 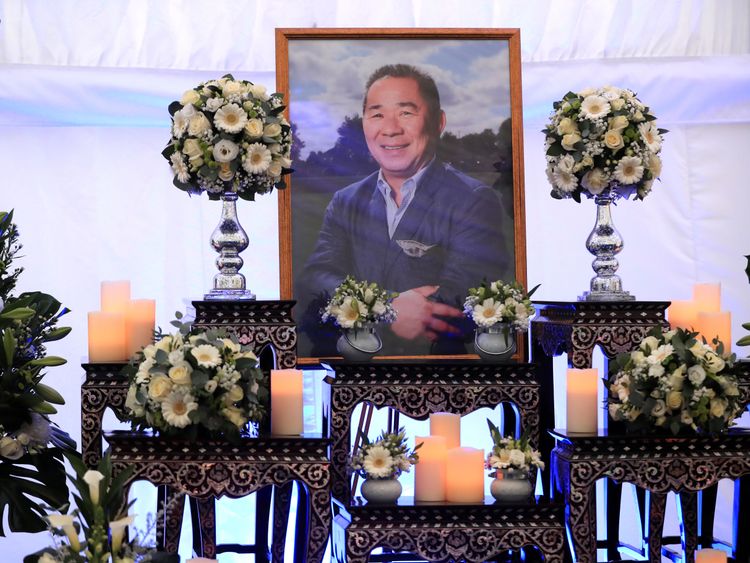 Aviation expert David Learmount agreed, saying that the pilot’s recovery action would have to have been done “incredibly quickly” and would only have worked if the helicopter had enough height.

“If you’ve already started spinning, trying to do all of this is very nearly impossible,” he said.

Meanwhile, the family of pilot Eric Swaffer were among those who laid flowers outside the ground on Wednesday, along with Peter Shilton, a former Leicester City goalkeeper who played a record 125 games for England and saw the helicopter crash.