Sir Keir Starmer has called for a ‘fresh start’ in government in the wake of Boris Johnson’s resignation.

Both had vowed to stand down if they had been found to have broken covid rules.

Speaking in a press conference today, Sir Keir said Labour would now be ‘ready’ for a general election.

He said: ‘This is not just about Boris. This feeling that politics has failed hasn’t emerged in the last few months, its been bubbling away for years.

‘I block out the noise. I plough on. If there was a general election, this government would fall.’

The Labour leader also told reporters that Mr Johnson should ‘go now’ rather than ‘cling on’ as caretaker prime minister. 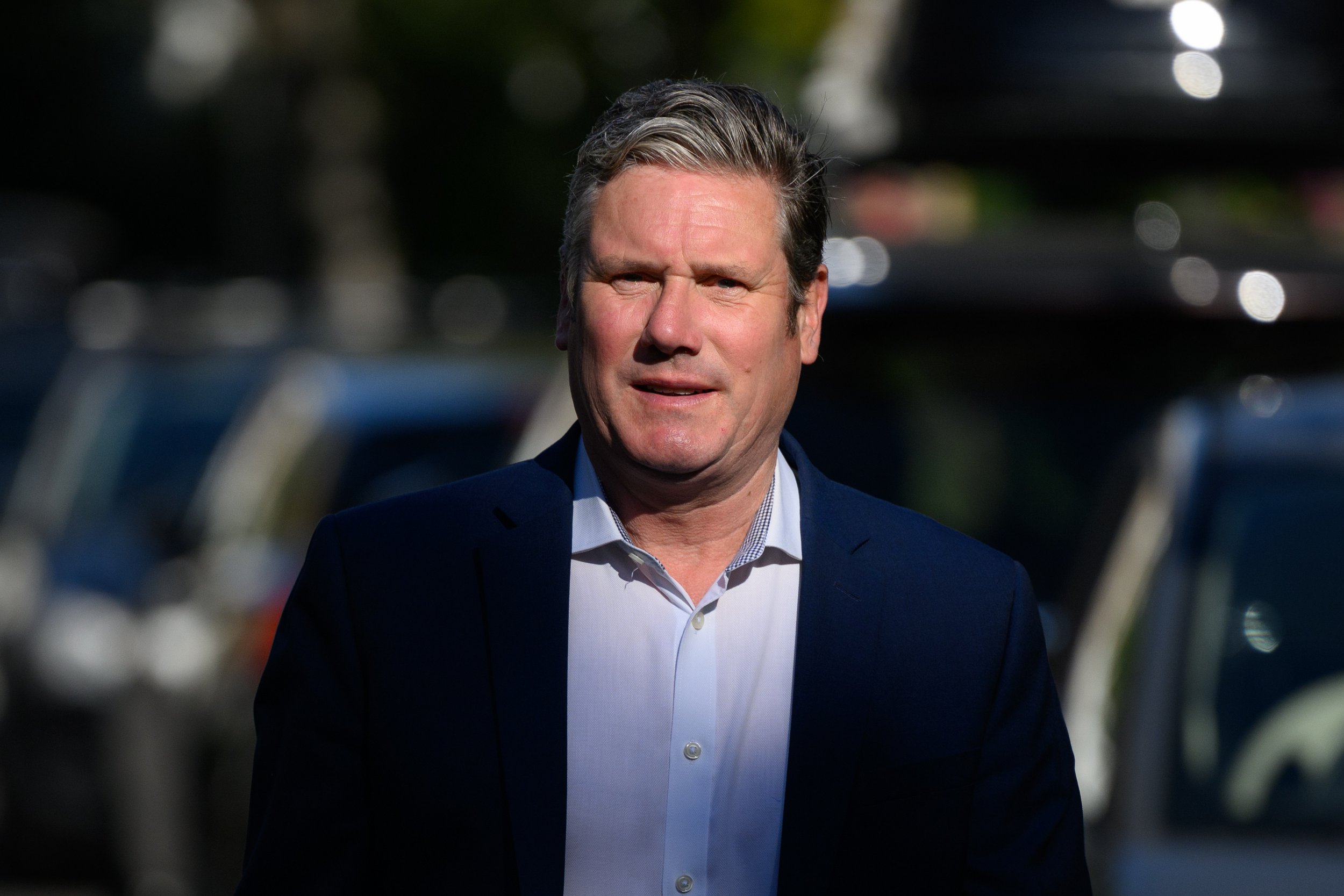 During today’s press conference, Sir Keir also announced he would soon set out more details on how ‘a reforming Labour government’ will allow for a ‘fresh start’ for British politics.

He said those in power are currently seen as ‘totally detached from reality’ in the eyes of the public.

Sir Keir said: ‘The contrast between the Tory party, which is tearing itself apart with a cast list of wannabe leaders, they’ve all propped up this Prime Minister for months and months and months knowing he’s unfit for office.

‘Contrast that to the Labour Party: We’re united, we want to press on with a plan for Britain, and the change we want is more fundamental than a change at the top of the Conservative Party.

‘So this is a very good week for the Labour Party and my challenge to the Tories is not “who’s your next leader gonna be”, but “give us the change we really need, let’s have a general election, let’s have a change of government, a fresh start for our country.”‘

During his speech, Sir Keir also ruled out the chance for a coalition between Labour and the SNP in any upcoming election.

‘There is no basis for an alliance with a party that wants to break up the United Kingdom.’

This morning, Durham Police had concluded that ‘no further action’ will be taken against Sir Keir and Ms Rayner.

There had been weeks of speculation on whether Labour would be thrown into disarray if the pair had been fined.

Sir Keir said today: ‘People said to me I was taking a risk by saying I would step down if I was fined. But it was never about that.

‘For me it was a matter of principle. It shouldn’t be controversial to say those who make the law can’t break the law.

‘But we have to set the bar far higher than that.’

In their statement this morning, Durham Police had said: ‘Following the emergence of significant new information, an investigation was launched by Durham Constabulary into a gathering at the Miners’ Hall, in Redhills, Durham on April 30 2021.

‘That investigation has now concluded.

‘A substantial amount of documentary and witness evidence was obtained which identified the 17 participants and their activities during that gathering.

‘The contrast with the behaviour of this disgraced Prime Minister couldn’t be clearer.’