The account was written by Marion Wright, 26, to her father a day after the tragedy on April 15, 1912. She tells of watching helplessly from one of just 20 lifeboats as the liner sunk “bit by bit” after it struck an iceberg that “towered” above it. Marion, who was travelling to New York, described “crowds of people” still on board when the Titanic suddenly broke in two before disappearing under the water.

It sank “with a huge explosion over the cries of the people left on board”.

After bumping into each other on board, he looked after Marion on the fateful night, helping her into a lifeboat but failing to escape himself.

She said: “God for being preserved so mercifully my heart goes out to all who were drowned, Alfred Paine (sic), who put me in a lifeboat he was such a nice man.” 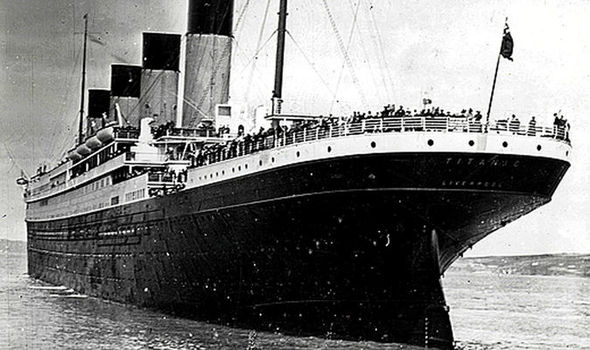 She also described the moment the ship hit the iceberg, saying: “I heard a horrific crash which shook the whole vessel and the engine stopped dead.

“I was met on deck by a gentleman to whom I had often seen, he said an iceberg has struck us.”

Marion’s letter, written on board the rescue ship Carpathia, was kept in an archive held by her family ever since the disaster 109 years ago.

The collection is being sold at auctioneers Henry Aldridge & Son of Devizes, Wilts, who expect it to sell for £6,000. 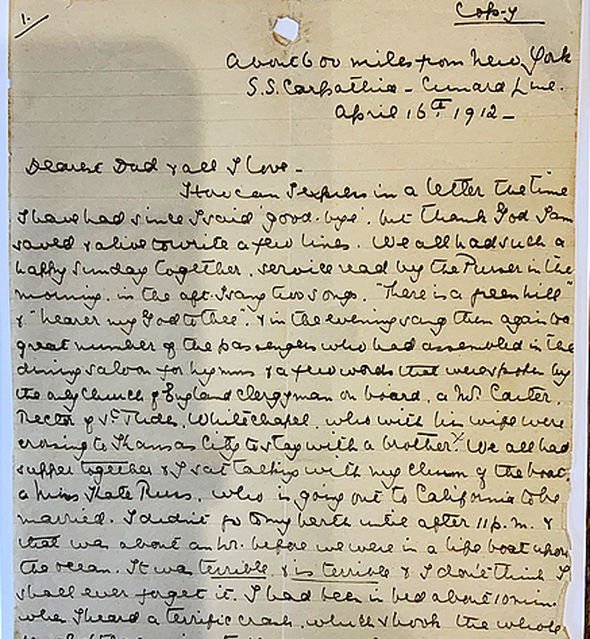 With it is a separate letter written by Marion’s widowed father Thomas to his second wife. In it he describes the two days of anguish he went through after learning of the sinking before finding his daughter was safe.

Auctioneer Andrew Aldridge said of Marion’s letter: “She witnessed truly unimaginable scenes and her harrowing description of the sinking almost puts you there in the lifeboat with her.”

Marion was emigrating to Oregon to be with fiancé Arthur who had land there. She boarded the Titanic for its maiden voyage at Southampton as a second class passenger. She died in Oregon in 1965 aged 80. The sale is on April 17.