This week Sir Ed was confirmed as the new Lib Dem leader, seeing off rival Layla Moran in a one-sided race to take over the party reigns from Jo Swinson, who stood down following the party’s horror general election last year. With both candidates vowing to energise the Lib Dems, the polls opened at the end of July, before Sir Ed was crowned the winner with 63.5 percent of the vote. But in a desperate blow, it has since emerged that only around 57 percent of Lib Dem party members opted to vote in the election, the worst among the last leadership contests for the UK’s three main parties.

According to Tim Bale, professor of politics at Queen Mary, University of London, when Prime Minister Boris Johnson successfully secured his win in the Conservatives’ leadership race, a whopping 87 percent of Tory members turned out to vote.

In the recent Labour contest, which saw Sir Keir Starmer take over from Jeremy Corbyn, approximately 73 percent of members cast their vote in the poll.

Despite claiming to enjoy record numbers of members, which the party reported was up to more than 120,000 in July 2019, the number voting fell dramatically by 15 percent, when compared to the last Lib Dem leadership race just over 12 months ago.

Upon hearing of the poor polling numbers, LBC host Iain Dale questioned both candidates’ mandates, with the Brexiteer calling out “wokery” as a potential pitfall. 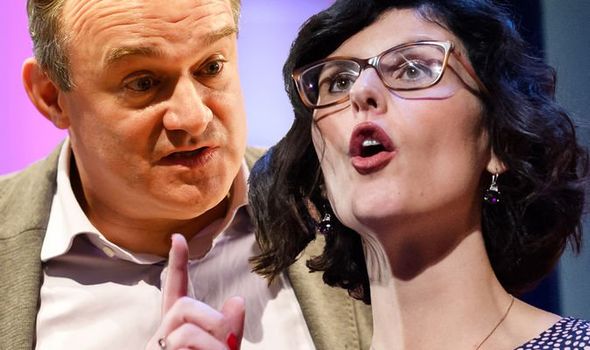 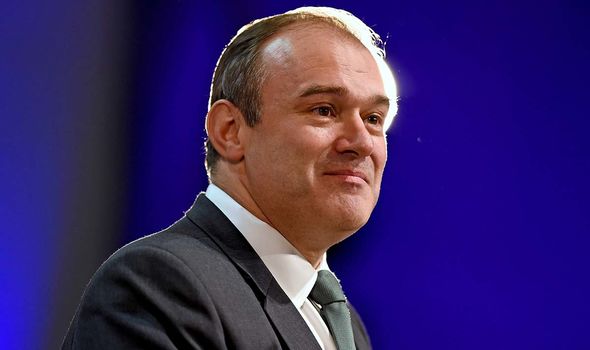 Writing in Conservative Home, he said: “So we now have two party leaders who we have to call Sir. (Can it really be long before we all have to imagine the words, ‘Arise, Sir Ian Blackford’?)

“After an interminable leadership campaign, the Liberal Democrats announced yesterday that Ed Davey has been elected their new leader, walloping Layla Moran by 43,000 votes to only 25,000.

“It’s interesting to note that while 88 percent of Conservative members voted in the 2019 leadership contest, only 57 percent of Lib Dems could be bothered to vote for either Davey or Moran. 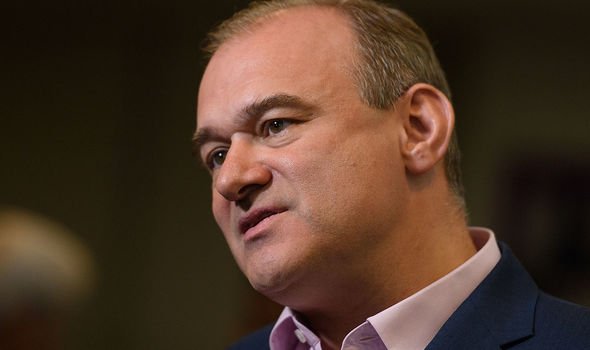 “Make of that what you will. I wonder how much is down to the constant ‘wokery’ they both invoked, especially on Trans issues.”

Both Sir Ed and Ms Moran placed the topic of trans’ rights at the forefront of their campaign strategies, with both appearing on LBC to discuss the topic at length.

The leadership race began after a dismal general election for the Lib Dems, which saw the party claim just 11 seats, with then-chief Ms Swinson losing her own in Scotland. 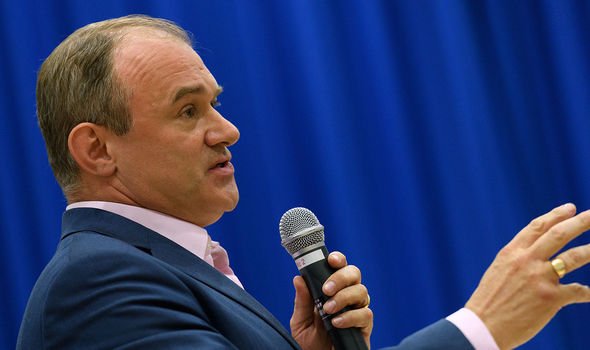 Following the win, Sir Ed took to Twitter, writing: “I am so proud to lead the party that I love.

“I am determined to rebuild our party, and fight for a greener, fairer and more caring society.”

Ms Moran added on the social media platform: “I look forward to working with him to campaign for a better future for Britain.”