Shoppers were shocked to see the animal wander through the car park on Monday and were quick to share videos and photos on social media.

There was a cow literally just running around, trying to get in the garage where they deliver the food

Steve Shanyaski, who filmed the cow roam free, told Manchester Evening News no one had any idea where the creature came from and how it was able to mingle with the shoppers in Oldham.

In the footage, the comedian, from Oldham, says: “There’s a cow running around Lidl car park, Royton.

“That’s it. Life can’t get any weirder so it’s all gonna get better from now.

“That’s living in Oldham for you.”

Another said: “Amazing what you can buy in the ‘middle of Lidl’.” 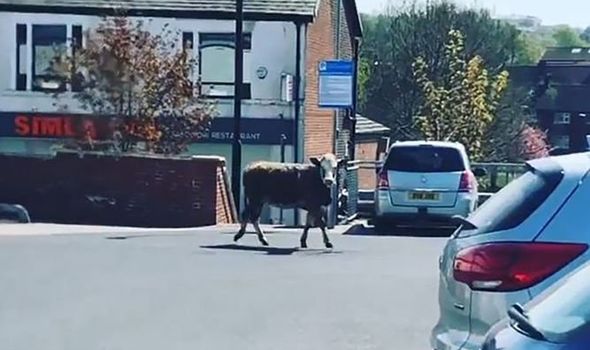 Speaking after the bizarre scenes, Steve said: “I turned up at the Lidl with my little shopping list in my head and as I park up and get out of my car, this guy starts looking at me telling me to be careful.

“I’m thinking ‘what’s this guy want’ and he tells me there’s a cow loose in the car park – I couldn’t believe it.

“There was a cow literally just running around, trying to get in the garage where they deliver the food.

“That would have been an entirely different video had he got into the Lidl.

“People were starting to approach it which I thought was a terrible idea.

“One guy tried to grab it but, when it came towards him, he completely bottled it.

“He literally forgot everything we’ve ever been taught about bulls and wearing red.” 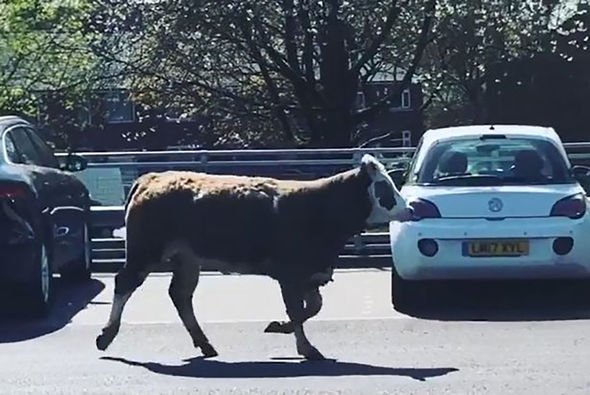 Steve says he’s since been sent photos of cows outside people’s homes in Oldham.

“All I keep thinking about is where has that cow come from?,” the funnyman added.

“If you got a map out, you wouldn’t be able to find a single place nearby that a cow could have possibly come from.

“It’ll be one of those things I’ll think about on my deathbed.

“The kids will just look at each other and be like ‘I have no clue what he means’.”

It’s believed that the cow has since been safely returned to its owner.