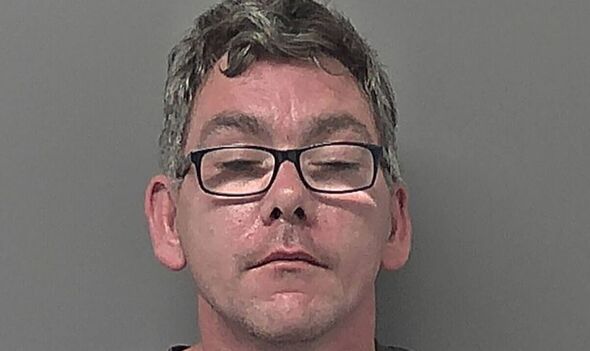 A sexual predator released from jail 14 years into a life sentence for kidnapping a girl has been locked up again – for sexually assaulting a child.

Phillip Bargh attacked the 13-year-old girl in “broad daylight” in a skate park after prowling around looking for a “suitable victim” just three years after his release from prison.

When he was sentenced for life, Bargh, now 45, was branded a “very serious threat to the public, particularly young girls” by a judge.

The kidnap with intent to commit a sexual offence, which occurred in 2005, saw Bargh tell the nine-year-old to remove her clothing at knifepoint. He eventually let her go.

For the latest offence in the skate park in Goole, Humberside, Bargh has been jailed for one year. However, because he has been returned to prison after breaching his life licence, it will be for the Parole Board to decide when he can be released. The public were “already protected” by this life licence, said Judge McKone. Bargh must register as a sex offender for 10 years, reports Hull Live.

Sentencing Bargh, Judge McKone said: “It was no coincidence that you were in that park on that warm summer evening, having driven there in your car. You were hanging around that park, knowing that there was a good chance that children would be there.”

The sexual assault of the girl was “momentary” but it was against a child and he knew that she was a child. “You have been for many years and, in my view, you remain, a sexual predator who has a sexual interest in children and, in particular, sexual offending in public,” said Judge McKone.

“Your behaviour has had an effect on her. She was very scared at the time, so scared that she went to somebody she didn’t know and made a complaint so that you could be stopped.

“Three years after coming out of prison, you were beginning your journey to way more serious offending. You were committing offences that you thought you could get away with in broad daylight by touching the girl.

“I am satisfied that you planned what you were doing. You drove to the park. You waited for a suitable victim to come past and, when you saw that suitable victim, you assaulted her.”

The defendant denied sexually assaulting the teenage girl on July 11 last year, but he was convicted by a jury after a trial.

Hull Crown Court was told the girl and a female friend were walking through the skate park at about 5.30pm when Bargh went up to the 13-year-old and sexually assaulted her.

David Godfrey, prosecuting, said the girl and her friend were both “perplexed” and started to panic. They were seen by an 18-year-old woman, who asked them what was going on. They were upset and told her what had happened. The 18-year-old told her father, who confronted Bargh and asked him: “What were you doing?”

Bargh ran off to his car, but the police were called and the father followed Bargh’s car in his van. Bargh’s driving became erratic and he drove down a one-way street. The father parked his van to block Bargh in.

Bargh abandoned the car and ran off, but he was arrested that evening. He made no comment to all questions during interview. “He didn’t provide any account as to what had gone on,” said Mr Godfrey.

The incident was filmed on CCTV and it was “compelling evidence” against him. Bargh told police that he admitted it was him in the footage, but claimed that he did not touch the girl or, if he did, it was accidental.

“The touching was sexual.”

Frances Pencheon, defending, said Bargh did have an appointment in Goole that day and was in the town for a legitimate reason, but the appointment was, admittedly, not at the park.

Bargh had spent 14 years in prison and it was three years after his release that he committed the latest offence, which was less serious than his previous convictions. It was a brief touching of the girl. “It wasn’t prolonged or anything of that nature,” she said. “It was, thankfully, short-lived.”

Bargh, of Rawcliffe, East Yorkshire, had a long history of sexual offending, including being sent to a young offenders’ institution in 1997 for four years for indecently assaulting a girl at a primary school and false imprisonment. He also had convictions for outraging public decency in 2002, involving committing a sex act in a park, and convictions for harassing young females in the street by following them in 2004.

In 2005, Bargh was jailed for life at York Crown Court for the kidnap with intent to commit a sexual offence.

Judge Scott Wolstenholme told Bargh at the time: “As long as you are considered to be a danger to the public, you must remain in prison. If and when you are released, you will remain on licence subject to conditions for the rest of your life. It’s clear to me that you represent a very serious threat to the public, particularly young girls.”