A video of seven-year-old Charlotte wishing the Lionesses good luck ahead of the game that would make them European champions for the first time has sent royal watchers reminiscing about her grandmother.

One social media user said: “Charlotte has her Granny’s smile for sure”, while another added: “Charlotte is starting to look just like Princess Diana.”

Prince Charlotte joined her father the Duke of Cambridge in sending a heartfelt message to the England women’s team.

In a 10-second clip posted on the Kensington Royal Instagram account, Prince William said: “We both want to wish the Lionesses the best of luck for tonight.

“You’ve done amazingly well in the competition and we are rooting for you all the way.”

Charlotte, who was shyly sitting beside him, said: “Good luck, I hope you win. Bye!”

The footage quickly made rounds on Twitter, with one observer telling William: “Beautiful Charlotte, I can see your mum Diana in her, beautiful.” 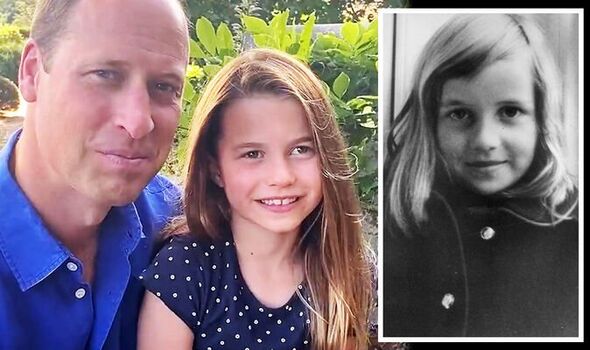 Many noted they could also see the Duchess of Cambridge in Charlotte’s looks, with one saying: “Princess Charlotte is so beautiful, like her mother – and Princess Diana.”

A second added: “Awww Princess Charlotte is sooo cute! Her little voice! And wow, she looks like William, Catherine and Diana at the same time! Her smile is all Diana.”

The child’s mannerisms have previously stood out, with eagle-eyed royal lookers spotting Charlotte telling her elder brother Prince George to correct his posture during the Queen’s Platinum Jubilee celebrations.

As the Cambridge kids appeared side by side on the Buckingham Palace balcony with their younger sibling Prince Louis, in a caring yet subtle gesture, the young princess hinted that George should behave to follow traditional etiquette. 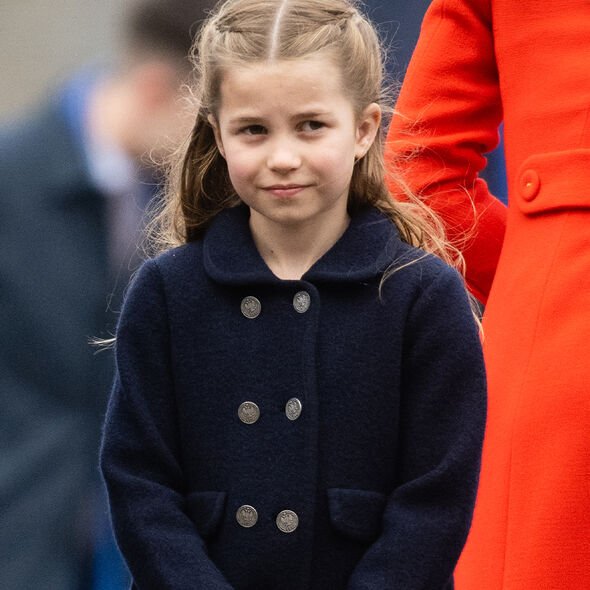 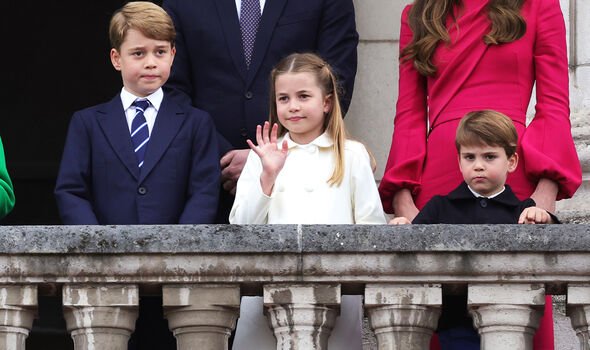 The eight-year-old boy heeded the warnings of his sister as he moved his arms back to his sides and stood up straight in a far more formal manner.

Over the celebrations, Princess Charlotte was also captured correcting the behaviour of Louis, who is just four years old.

As she waved to the crowd from a carriage procession, Prince Louis followed suit, greeting the excited onlookers.

When the girl took a break from waving, she signalled to her brother to do the same, sweetly placing his hand back into his lap.

After England player Chloe Kelly’s goal in the match’s second half of extra-time seized a 2-1 triumph on Sunday, Charlotte is believed to be — like the rest of the nation — jubilant.

Her great-grandmother the Queen called the women’s victory a “significant achievement” and said their performance, which triggered England’s first major football tournament win since 1966, has “rightly won praise”.

Her Majesty’s message read: “My warmest congratulations, and those of my family, go to you all on winning the European Women’s Football Championships.

“It is a significant achievement for the entire team, including your support staff.

“The Championships and your performance in them have rightly won praise.

“However, your success goes far beyond the trophy you have so deservedly earned.”

It added: “You have all set an example that will be an inspiration for girls and women today, and for future generations.

“It is my hope that you will be as proud of the impact you have had on your sport as you are of the result today.”

It was signed “Elizabeth R”.

Prince William, who went to Wembley to cheer on the team, also sent a message to the champions.

He said: “Sensational. An incredible win, Lionesses, and the whole nation couldn’t be prouder of you all.

“Wonderful to see history in the making tonight at Wembley, congratulations! W.”

The visibly excited duke congratulated England forward Beth Mead at the stadium as she was handed the Golden Boot after edging Germany’s Alexandra Popp.