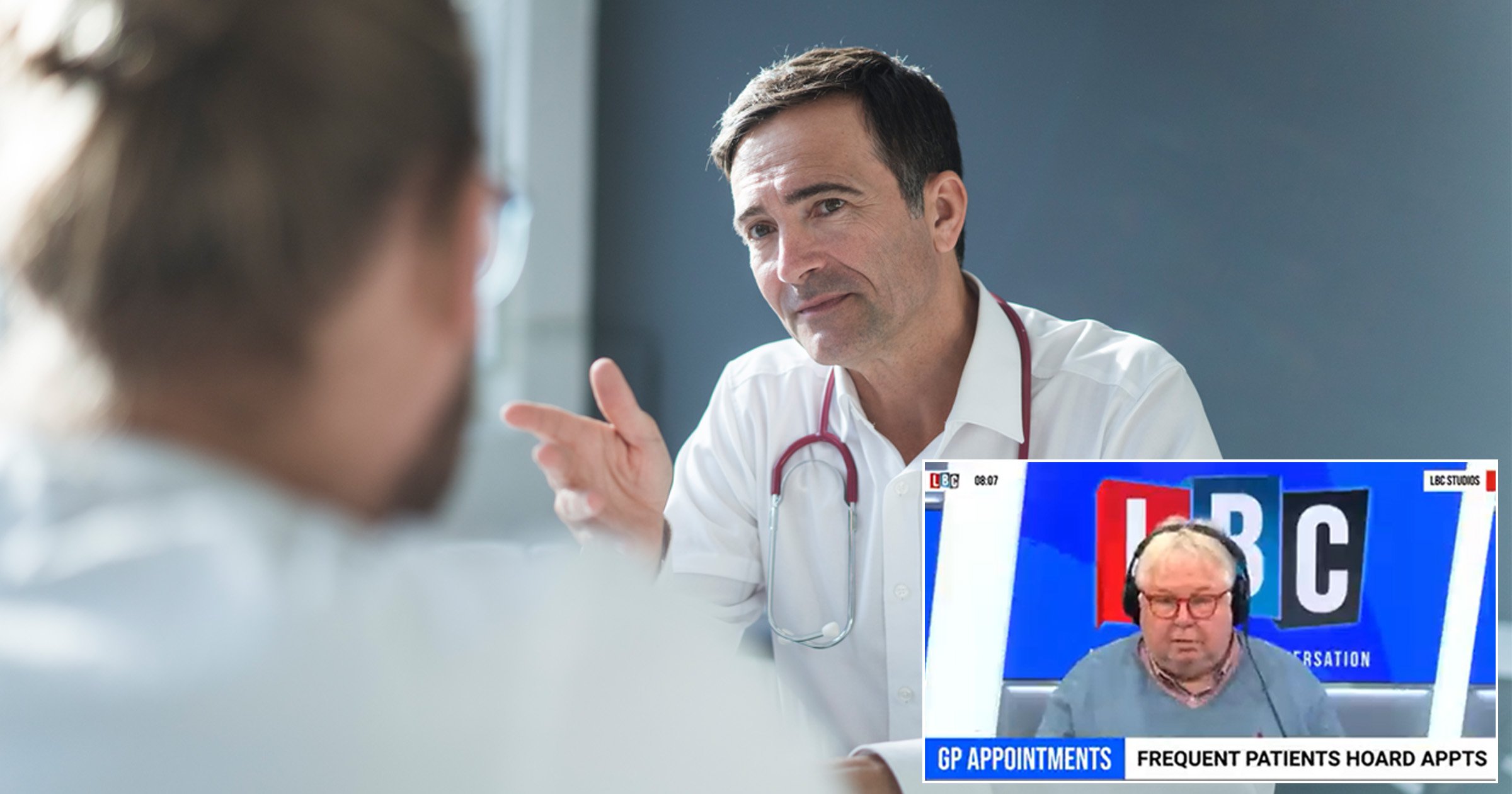 A radio host has called for people to be limited to 12 NHS appointments a year after a study showed four out of 10 patients seen by GPs are ‘frequent attenders’.

Nick Ferrari has suggested anyone going over their allotted number of appointments should be charged between £50 and £60.

Outlining his plan on his breakfast show on LBC, the broadcaster told listeners: ‘The provision of NHS care – whether it is in hospitals, clinics or your GP – they are bouncing on the bottom at the moment because of Covid.

‘It is time for radical action. And today I propose to you that you all have 12 appointments per annum.

‘Which obviously works out at one a month. After that you will be charged.’

Mr Ferrari said exceptions could be made for ‘desperately serious cases’ such as cancer which could be put in a ‘different bracket’ due to the amount of care required.

But he added: ‘If you constantly come along and say “I’ve got a bump on my bottom” or “I’ve got ear ache” or “I don’t feel well, I don’t think I can go to work”, whatever it might be; the myriad of complaints that confront those poor men and women, the army of GPs.

‘You will effectively get one a month free after which you will be charged somewhere in the order of about 50 to 60 pounds.’

He went on to say that those who do not attend appointments should be penalised by losing three of their allotted consultations and fined £100 – unless they call ahead with a reasonable excuse.

Many objected to the proposal on social media, saying the NHS should be given more funding to fix the problems instead.

One man said his disabled daughter had needed to see doctors 15 times this year because of her condition and asked why she should be penalised for this.

Mr Ferrari was speaking after research carried out by academics at the University of Manchester showed a large proportion of the workload for GPs was taken up by patients who made a disproportionate number of visits to clinics, known as ‘frequent attenders.’

The study defined frequent attenders as those who visited their GP more than 90% of all other patients in the same practice.

The number of consultations for those who were frequent attenders doubled in the past 20 years according to the study, which looked at more than 160 million consultation events from 12.3 million patients in 845 general practices between 2000 and 2019.

The study’s co-author Professor Evan Kontopantelis said: ‘This is the first study to show that frequent attenders, the top 10% of consulters, have largely and progressively contributed to increased workload in general practices across the UK over the last 20 years.’

The research, published in BMJ Open, found that GPs were carrying out more consultations over the telephone and online, but for frequent attenders face-to-face appointments continued to increase.

Professor Aneez Esmail, another co-author, said: ‘Our findings show that frequent attenders account for an increasing proportion of face-to-face consultations with GPs and are responsible for nearly 40% of consultations fairly constantly over time.’