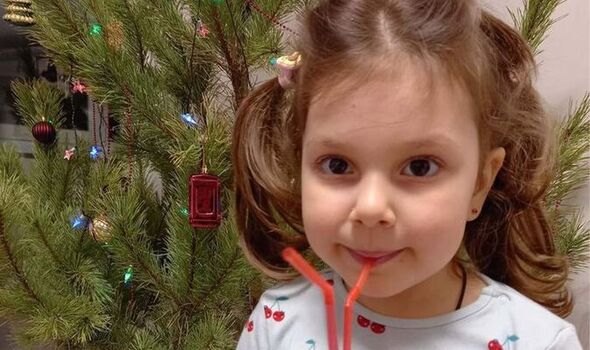 Members of Alika Zubets’s extended family have already reached safety in Newcastle but she and her paternal grandmother Tanya are still waiting in Poland for her visa to be issued. Alika’s parents Dima and Arena gave written consent for their daughter to leave with Tanya on March 24 and the pair headed for Poland where they have been ever since.

Tanya was granted a 90-day visa on April 12 but Alika’s application has been hit by numerous delays – while Tanya’s right to remain in Poland is set to expire on June 25.

Sponsor Maggie Babb, who is a paediatric anaesthetist at the Royal Stoke University Hospital, has been working to try to secure a visa for Alika so that she and Tanya can join her at her Audley home, in North Staffordshire, Stoke on Trent Live reports. But because Tanya only has temporary notarised legal guardianship of Alika it now appears that the four-year-old will not be able to obtain a visa for the UK and will have to return to Ukraine.

Government guidance on the Homes for Ukraine sponsorship scheme state: “Unaccompanied children and orphans are not eligible to apply under the scheme. Under 18s applying for the scheme must be applying with their parent or legal guardian, or to join them in the UK.”

Dr Babb, who has been communicating with Tanya in Poland using Google Translate, has been in regular contact with her MP Aaron Bell, as well as with campaign group Vigil4Visas, who are crowdfunding to bring an action against the Home Office for delays in processing visa applications for a number of Ukrainian refugees. The 53-year-old even asked a friend to visit the visa application centre in Sheffield on her behalf to try to expedite the process after submitting various requested documents to no avail.

She said: “It now seems that because Tanya’s guardianship is temporary, not permanent, they will not be able to process Alika’s visa – but obviously the family are hoping that they will eventually be able to reunite with her parents. And now it looks like Alika will have to go back to Kharkiv so that Tania can come to the UK and validate her visa.

“I look at the picture of this little girl that I have never met and I don’t know how people who want to do the right thing can allow this to happen. I have probably spent 100 hours or more sending emails and applications and I am ashamed to be British right now.

“I don’t think the Government thought so many people would step up and I think it has been engineered to make it more difficult for people fleeing a war. The Government has no compassion and it is beyond disgusting.

“I see a lot of upsetting things at work but this feels like something we should be able to do something about. I just wanted to help and I don’t know where it goes from here, but I won’t give up unless they want to give up.”

Alika’s parents have had to remain in Kharkiv – just 25 miles from the Russian border – as father Dima is unable to leave the country and mother Arena is the sole carer for her own disabled mother. But Tanya’s cousin Oksana lives in Newcastle with her husband Karl Stubbs and Oksana’s parents – who Tanya lived with as a teenager – are also now living in the town under the Ukrainian family scheme.

Karl, who is the chair of the new Newcastle branch of the Association of Ukrainians in Great Britain, said: “We have provided every piece of evidence and documentation that’s been asked for but we have heard excuse after excuse and have had to chase at every step. Now we are told that her application can’t be processed until there is a policy chance because her grandmother only has temporary guardianship, which is standard in Ukraine when minors are granted permission to leave the country with a relative.

“Surely we all want this war to end soon and for Ukrainians to be able to return, so why on earth would a permanent guardianship arrangement be appropriate? This now means that our government has condemned an innocent four-year-old child to return to the front line in a war zone. How can this be justified?

“Alika’s extended family are here and we can help to look after her. I am ringing and writing to everyone but I feel like we have run out of options.”

Newcastle MP Aaron Bell said he hoped the situation would be resolved ‘very soon’. He said: “My staff and I have been assisting several constituents, including Dr Babb, who are sponsoring applications for those seeking to flee the war in Ukraine.

“The visa schemes have had to be set up at pace and I am glad that in most cases those Ukrainians who have wanted to come to the UK, have now been granted their visas.

“Unfortunately, there are a few situations that have diplomatic complexities, particularly those involving unaccompanied minors. This has meant a decision on some visas has not yet been taken.

“I have spoken to the Minister concerned today about the matter and I hope there will be a resolution very soon.”