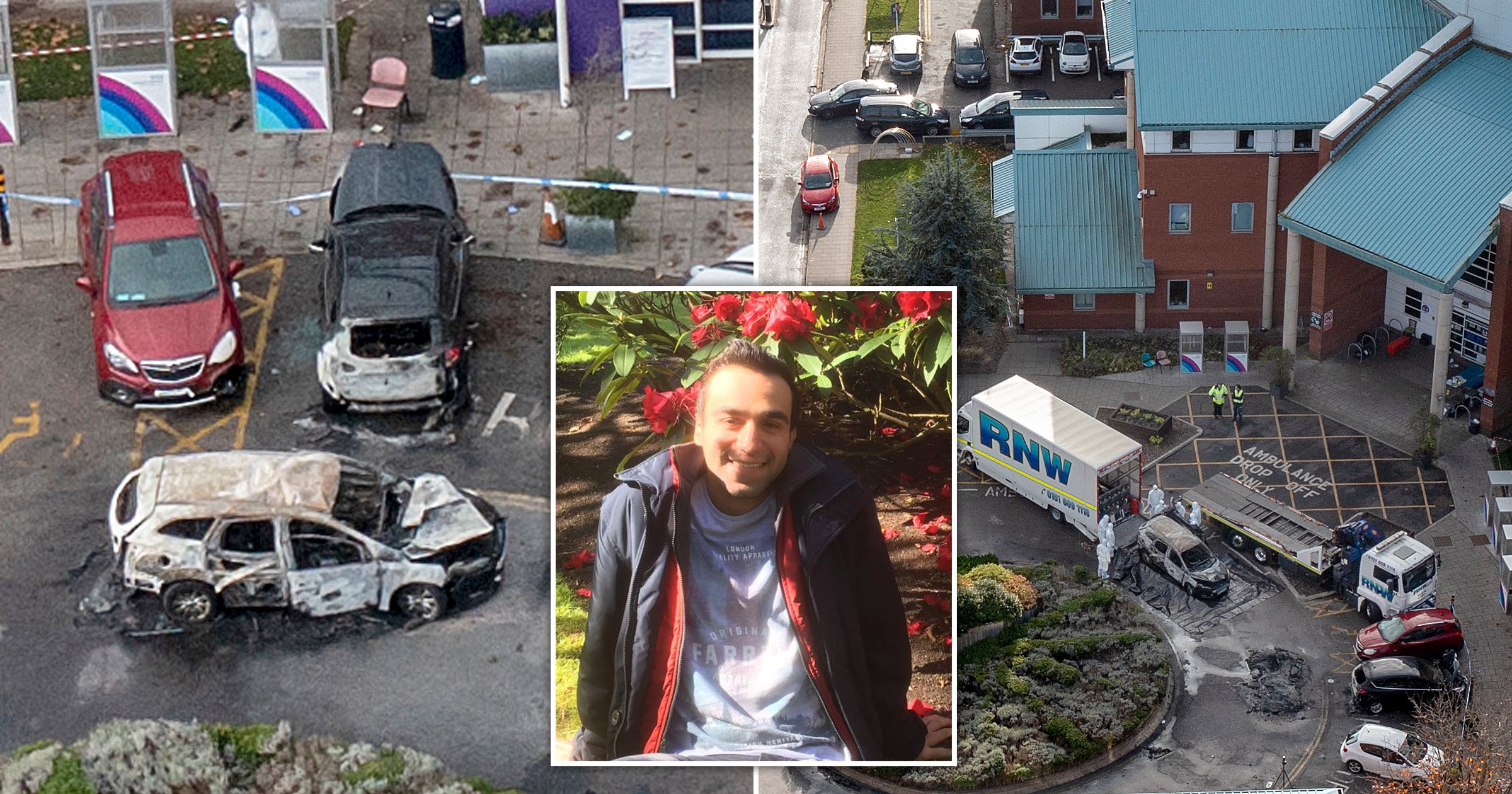 The Liverpool bomber had been planning his Remembrance Sunday atrocity for at least eight months, police have revealed.

Emad Al Swealmeen started renting a property in Rutland Avenue in April and had been making ‘relevant purchases’ for his homemade device ‘at least’ since that time, counter-terror police say.

The 32-year-old, who was born in Iraq, got a taxi to Liverpool Women’s Hospital, where the explosive blew up as it approached the main entrance just before 11am on Sunday. He died inside the vehicle, which was quickly engulfed in flames.

On Wednesday afternoon, a Royal Logistics Corp bomb disposal vehicle arrived at Boaler Street along with a fire engine after a police cordon in nearby Sutcliffe Street – where officers believe Al Swealmeen previously lived – was extended and residents living within it were told they could not return home.

Earlier, Mr Jackson said: ‘A complex picture is emerging over the purchases of the component parts of the device, we know that Al Swealmeen rented the property from April this year and we believe relevant purchases have been made at least since that time.

‘We have now traced a next of kin for Al Swealmeen who has informed us that he was born in Iraq.’

He also said the asylum seeker had suffered from periods of mental illness that will ‘form part of the investigation and will take some time to fully understand’.

Mr Jackson added: ‘There is much comment in the media about Al Swealmeen and it is clear that he was known to many people.

‘We continue to appeal for people who knew him, especially those who associated with him this year as we try and piece together the events leading up to this incident and the reasons for it.

‘At this time, we are not finding any link to others in the Merseyside area of concern, but this remains a fast-moving investigation and as more becomes known we cannot rule out action against others.’

Earlier, Home Secretary Priti Patel claimed Al Swealmeen, whose asylum application was rejected in 2014 after arriving in the UK and was turned down on appeal, had been able to exploit Britain’s ‘dysfunctional’ immigration system by staying in the country.

He had a fresh appeal outstanding at the time of his death.

Ms Patel said the system was a ‘complete merry-go-round’ with a ‘whole industry’ devoted to defending the rights of individuals intent on causing harm.

But she was accused of stoking anger against lawyers who, in turn, blamed ‘poor Home Office decision-making’ and ‘catastrophic delays’ for ‘crippling the asylum system’.

It is unclear whether the Home Office ever sought to remove him from the UK. The department refused to provide information on the case.

Christian convert Al Swealmeen died in the blast in a taxi outside Liverpool Women’s Hospital shortly before 11am on Remembrance Sunday.

Concerns have been raised that some asylum seekers in the city may have pretended to convert to Christianity to bolster their visa applications.

Liverpool Cathedral, where Al Swealmeen was baptised in 2015 and confirmed in 2017, said asylum seekers who convert would be expected to be ‘closely connected’ with the congregation for at least two years before staff would support a visa application.

A spokesman said: ‘Liverpool Cathedral has developed robust processes for discerning whether someone might be expressing a genuine commitment to faith.

‘These include requirements for regular attendance alongside taking part in a recognised Christian basics course. We would expect someone to be closely connected with the community for at least two years before we would consider supporting an application.’

A couple who took in Al Swealmeen after his appeal against the asylum ruling was rejected insisted, he had been an ‘absolutely genuine’ Christian with a ‘real passion for Jesus Christ’.

Malcolm and Elizabeth Hitchcott said they had been contacted by Al Swealmeen, who also used the name Enzo Almeni, in 2017 when he was ‘desperate’ for somewhere to stay.

Mr Hitchcott told BBC Radio Merseyside: ‘He arrived here on April 1, 2017. He was with us then for eight months, and during that time we saw him really blossoming in regards to his Christian faith.

‘He really had a passion about Jesus that I wish many Christians had, and he was ready to learn.

‘He was keen on reading his Bible and every night we used to pray – my wife and him, and if there was anybody else in the house – we prayed for half an hour or so and studied the scriptures.

‘He was absolutely genuine, as far as I could tell. I was in no doubt by the time that he left us at the end of that eight months that he was a Christian.’

It is understood however that an Islamist plot is one line of inquiry being considered by police, although investigators are keeping an open mind and the motivation is yet to be established.

Official sources say the current understanding remains that the hospital was the intended target.

The inquiry is examining, among other possibilities, whether the main charge on the device failed to explode and if the homemade explosive TATP was used.

The incident has been declared a terrorist attack and the UK terror threat level raised from substantial to severe, meaning an attack is ‘highly likely’ rather than ‘likely’.

The head of UK counter-terrorism policing, Assistant Commissioner Matt Jukes, said patrols by armed officers will be increased and security plans for major events reviewed in the wake of the terror threat being raised.