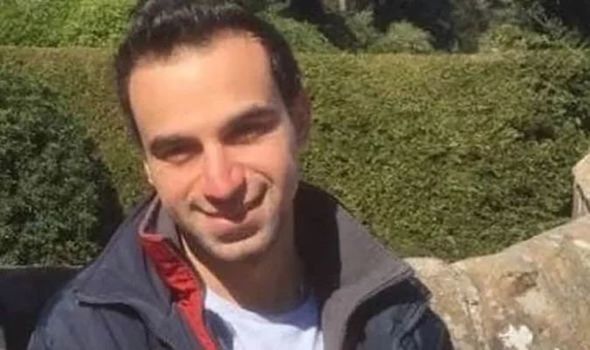 Detectives revealed he rented a flat seven months ago and began buying components of the bomb he detonated outside Liverpool Women’s Hospital.

Counter-terrorism police yesterday confirmed the terrorist was born in Iraq as fury mounted over why he was allowed to stay years after he was first refused asylum.

Home Office sources fear Al Swealmeen, 32, who arrived in the UK in 2014, had gamed the asylum system by making a series of bids that were rejected. The Daily Express understands detec- tives are yet to find any clear motive behind the attack and officials are urgently trying to establish what bomb materials he used.

A Government insider said: “This clearly isn’t ‘I’m just going to do it’, there’s clearly some thought gone into this.”

Police found several other suspicious packages at the bomber’s home. An Army bomb disposal team inspected them before they were taken by forensic officers.

Goods bought online and in shops that can be used to make bombs are flagged to security services under a suspicious activity reporting system, it is understood.

Assistant Chief Constable Russ Jackson, head of Counter Terrorism Policing North West, said: “We know Al Swealmeen rented the property from April and believe relevant purchases have been made at least since that time. Our enquiries have found that Al Swealmeen has had episodes of mental illness, this will form part of the investigation.”

The terrorist died of injuries from the fire and explosion. Al Swealmeen’s application for asylum to the Home Office resulted in a refusal. He challenged this at a first-tier tribunal in 2014. That court reviews challenges against Home Office immigration decisions. But an immigration judge ruled in the Home Office’s favour.

Al Swealmeen then tried to lodge an appeal at the upper tribunal but it was rejected without a hearing when a judge concluded there were no grounds to overturn the decision.

In January, Al Swealmeen launched another first-tier tribunal appeal – under the name of Enzo Almeni – which was outstanding at the time of the attack.

It remains unclear whether the Home Office tried to remove him after his first failed application six years ago and why his final appeal was unresolved. The Home Office refused to confirm any details of the bomber’s asylum appeals.

The large gap between his final appeal in August 2015 and his application under his new name in January this year raises questions about his activities in that gap.

Government insiders said it was “not easy” to carry out deportations even when an asylum bid had been repeatedly rejected.

Home Secretary Priti Patel said: “This case was a reflection of how broken the system has been and why I want changes.”

Al Swealmeen converted to Christianity while in Liverpool. The Home Office believes changing religion is a ruse for asylum seekers “to game the system” to avoid deportation to certain countries.

PM Boris Johnson said more must be done to tackle online radicalisation. He told MPs: “We need to be much more ruthless in joining the dots together.”